The H-6J is a heavily upgraded variant of the bomber is capable of carrying anti-ship cruise missiles, and has a 3,500 km range.

It can now only serve as an “electronic warfare aircraft”.

Following the drill, Col. Ren accused the US of showing a “hegemonic attitude” after carrying out its own military exercise with aircraft carrier strike groups in the region.

JUST IN: US-China relationship on brink as Pompeo warns ‘tide is turning’ 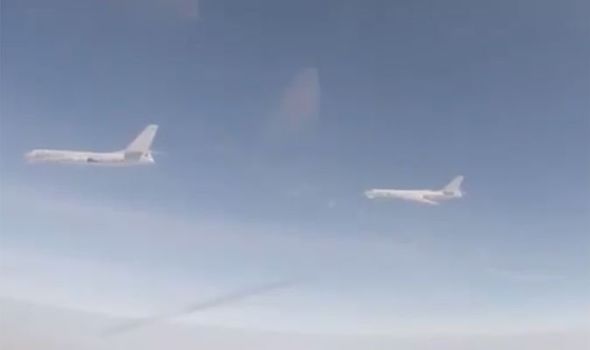 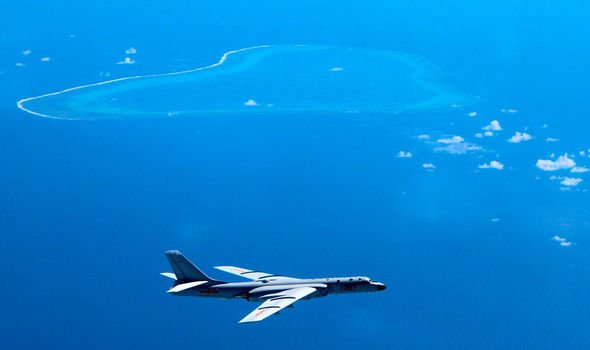 He claimed the US were disturbing regional peace and stability, and emphasized China’s “indisputable sovereignty” over the body of water.

The increase in military drills follows a dramatic escalation in tensions between China and the US.

The rift between the two superpowers covers Hong Kong, Taiwan, trade, Huawei, the coronavirus and the disputed maritime territory.

Retired PLA naval officer Wang Yunfei even claimed last week that US President Donald Trump could be considering launching a surprise attack in the South China Sea in an effort to boost his re-election bid.

He told Chinese state media that Scarborough Shoal, which is also claimed by the Philippines, was one of the most likely options, should such a move be made. 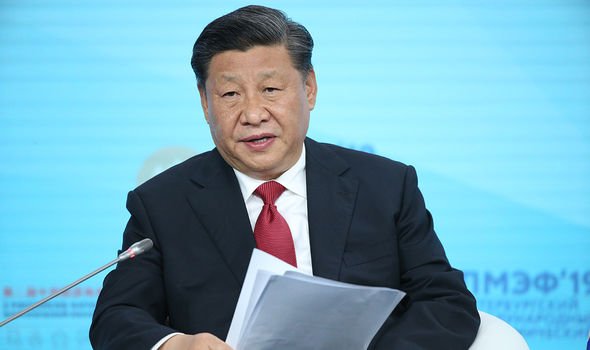 Collin Koh, a research fellow in International Studies, echoed this, warning that the chances of an accidental close encounter between US and Chinese warships or planes was increasing.

He said the use of the deadly H-6 bombers suggested the drill might have been “training for maritime strikes on US Navy carrier strike groups”.

Mr Koh added: “The drill comes not long after the US conducted dual carrier drills, so it’s plausible it was aimed at showing resolve and the ability to threaten the movement of carriers transiting the South China Sea.” 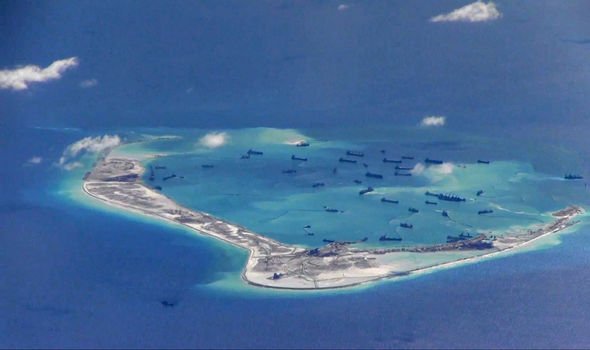 He continued: “After Pompeo’s statement about the South China Sea and increased US Navy activity, we might anticipate the PLA ramping up its challenges.”

On Thursday, US Secretary of State Mike Pompeo called China’s Communist Party ‘the central threat of our times’ as he lauded the Trump administration’s approach to the country.

Mr Pompeo said that the “tide is turning” in his country’s dealings with China, after claiming there is growing international support for American policies against China.