Manila, Philippines: The Philippine president said on Tuesday that China's claim to airspace above newly built islands and surrounding waters in the disputed South China Sea "is wrong" and Beijing should not tell others to leave those areas to avoid possible clashes.

President Rodrigo Duterte's remarks in a speech to an audience that included the American ambassador and other foreign guests were a rare public criticism of China, which he has refused to antagonise to nurture closer relations.

"They have to rethink that, because that would be a flashpoint someday and even, you know, warning others," Duterte said of China's actions to uphold its claims in the disputed waters. "You cannot create an island, it's man-made, and you say that the air above these artificial islands is yours."

"That is wrong because those waters are what we consider international sea," the president said. He added that "the right of innocent passage is guaranteed. It does not need any permission to sail through the open seas."

The Associated Press reported two weeks ago that the Philippines has expressed concern to China over an increasing number of Chinese radio messages warning Philippine aircraft and ships to stay away from Beijing-held artificial islands in the disputed waters.

CNN reported last week that the Chinese military repeatedly warned a US Navy P-8A Poseidon plane, which they were allowed to board, to "leave immediately and keep out to avoid any misunderstanding" while the reconnaissance aircraft flew close to some of the man-made islands. 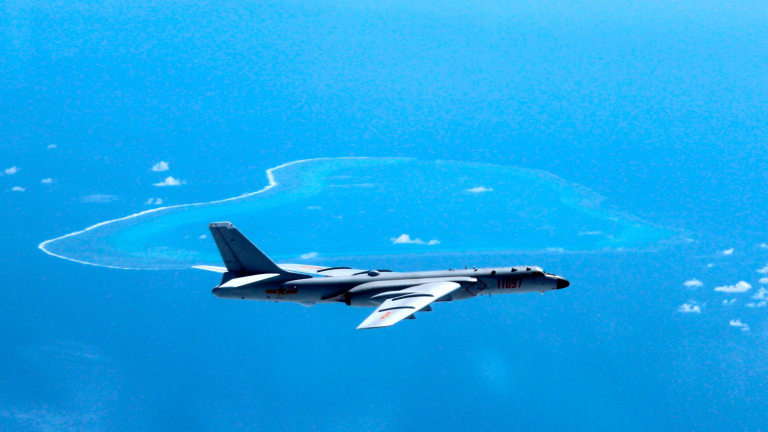 In this undated photo released by Xinhua News Agency, a Chinese H-6K bomber patrols the islands and reefs in the South China Sea.

"I hope that China would temper … its behaviour," Duterte said, warning that in the disputed sea, "one of these days a hothead commander there will just press a trigger."

During the rambling speech, Duterte nevertheless praised Beijing for its readiness to provide help.

A Philippine government report seen by the AP showed that in the second half of last year, Philippine military aircraft received Chinese radio warnings at least 46 times while patrolling near the artificial islands built by China in the South China Sea's Spratly archipelago.

Philippine officials have raised their concerns twice over the radio transmissions, including in a meeting with Chinese counterparts in Manila earlier this year that focused on the Asian countries' long-unresolved territorial disputes, according to two officials who spoke on condition of anonymity because they were not authorised to discuss the issue publicly. 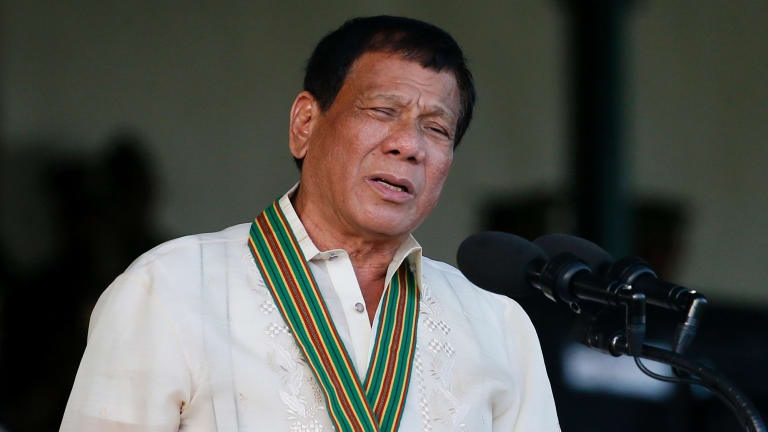 Philippine President Rodrigo Duterte has warned about the islands in the South China Sea.

China transformed seven disputed reefs into islands using dredged sand. The new islands stand in close proximity to islands occupied by Vietnam, the Philippines and Taiwan. Malaysia and Brunei are the other claimants to the chain of islands and barren islets and atolls.

The messages used to originate from Chinese coast guard ships, but military officials suspect the transmissions now also come from the Beijing-held artificial islands, where far more powerful communications and surveillance equipment has been installed along with weapons such as surface-to-air missiles.

"Our ships and aircraft have observed an increase in radio queries that appear to originate from new land-based facilities in the South China Sea," Commander Clay Doss, public affairs officer of the US 7th Fleet, told the AP by email in response to questions about the Chinese messages.

"These communications do not affect our operations," Doss said.

Although the US lays no claims to the strategic waterway, its Navy has deployed ships and aircraft in operations to promote freedom of navigation and overflight, but which China protests as foreign meddling in an Asian dispute. 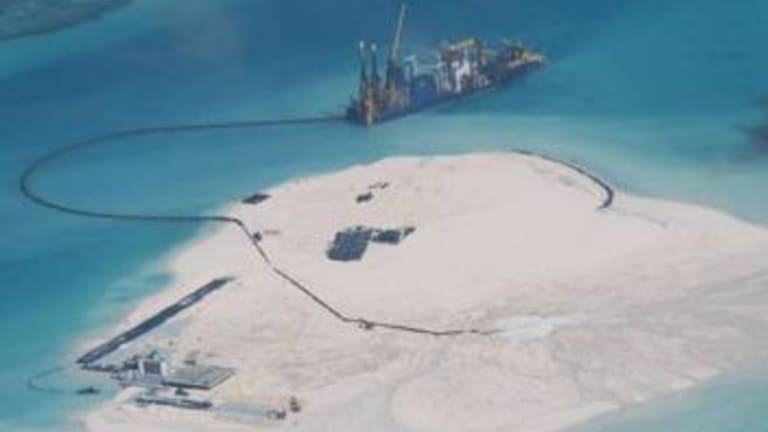 A photo released by the Philippines foreign ministry showing what Manila says are expanded structures on Johnson South Reef in the South China Sea, which is held by China.

A Philippine air force plane on patrol near the Chinese-held islands received a particularly offensive radio message in late January when it was warned by Chinese forces that it was "endangering the security of the Chinese reef. Leave immediately and keep off to avoid misunderstanding," according to the Philippine government report.

Shortly afterward, the plane received a veiled threat: "Philippine military aircraft, I am warning you again, leave immediately or you will pay the possible consequences." The Filipino pilot later "sighted two flare warning signals from the reef," said the report, which identified the Chinese-occupied island as Gaven Reef. 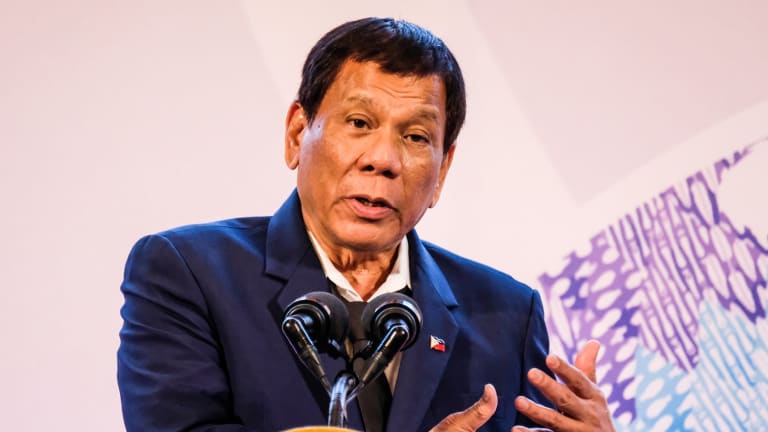 China has repeatedly said it has the right to build on what it says is its territory and defend its sovereignty at all costs.