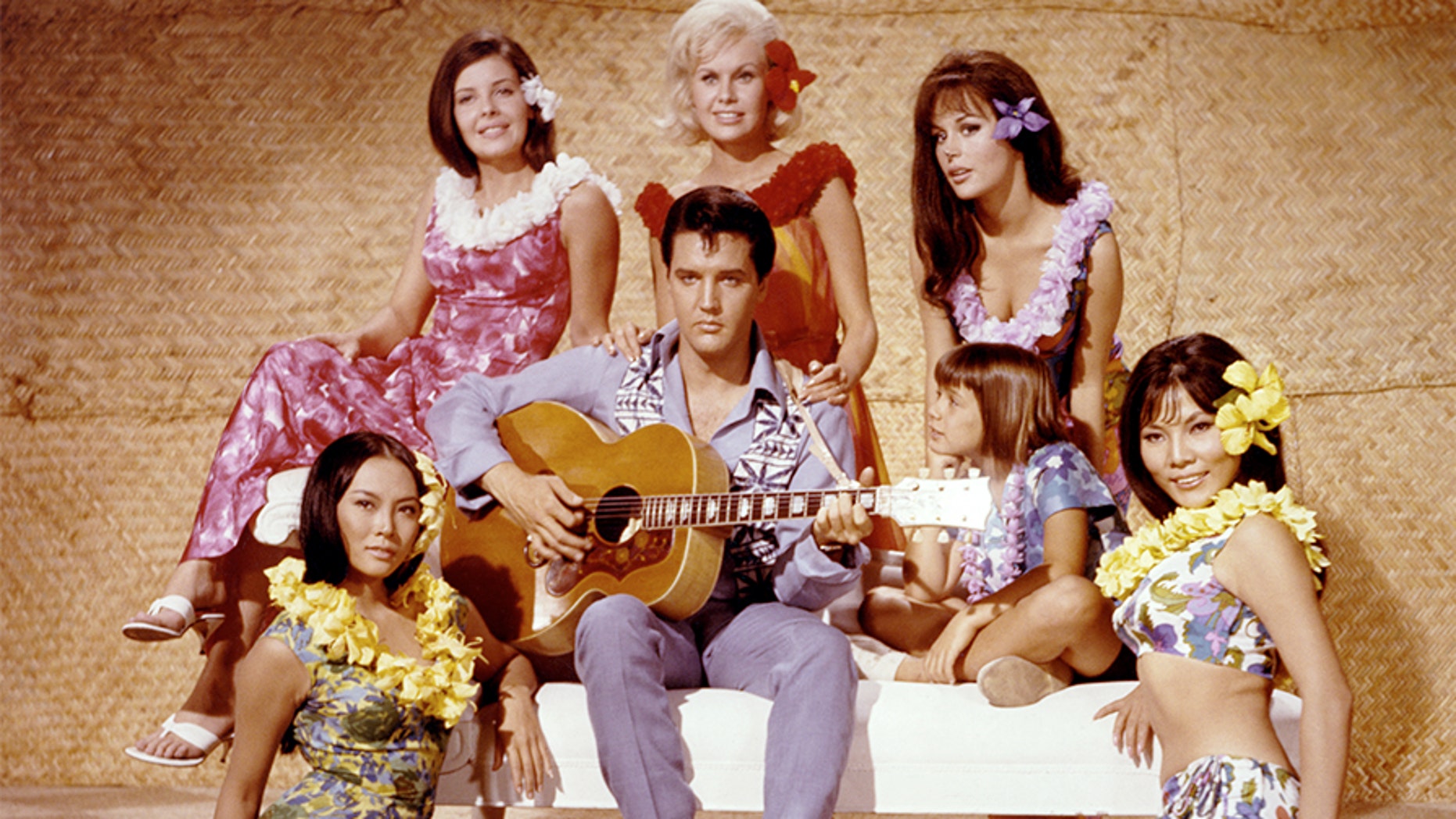 Elvis Presley and other cast members appear on the set of the 1966 film "Paradise, Hawaiian Style." (Getty Images)

The Student Bar Association at USD's School of Law has since changed the name of the event to "Beach Day," according to a report.

"We greatly apologize to those we offended; it was unintentional," the group wrote in a Facebook message to its members, according to the Argus Leader of Sioux Falls.

In addition, leis, the traditional flower garlands often given to tourists in Hawaii, will no longer be distributed at the event, the paper reported.

Michelle Cwach, the university’s director of marketing communications and university relations, told the Argus Leader that the law school’s interim administration advised the bar association not to distribute leis, saying that items of cultural significance might be viewed as inappropriate for a university function.

The dress code of floral shirts will remain the same, however, the report said.

A bar association leader met with the school administration to discuss the matter, according to the report. The administration had reviewed an essay submitted by the concerned student and advised that the Hawaiian Day theme be changed, Cwach said.

“It was determined that these are culturally insensitive by the administration after doing research based off of the essay written by the initial complainant,” the group's message said, according to the Argus Leader.

Janelle Toman, a spokeswoman for the university's Board of Regents, described the matter as an “isolated instance.”

“There is no system-wide review of university social events by the Board of Regents, and we have no such plans to do so going forward,” she told the paper in an email.