If successful, the dummy run of SpaceX’s Crew Dragon capsule will clear the way for manned tests. 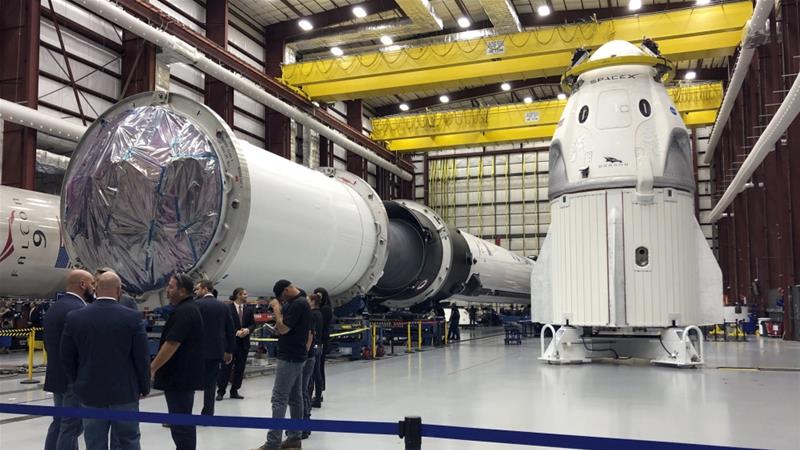 NASA and SpaceX have launched a new astronaut capsule on a week-long trip to the International Space Station and back, a key step towards resuming manned space flights from US soil after an eight-year break.

This time around, the only occupant on board SpaceX’s Crew Dragon capsule is a dummy named Ripley.

If Saturday’s test goes smoothly, NASA plans to put two astronauts on board by the end of the year.

The new capsule took off onboard a rocket built by SpaceX, run by billionaire Elon Musk, at 2:49am on Saturday (0749 GMT) from the Kennedy Space Center at Cape Canaveral in the US state of Florida.

It is scheduled to reach the ISS by Sunday, with a scheduled return to Earth next Friday.

“This is a critically important event in American history,” the head of the US space agency, Jim Bridenstine, told reporters before the launch, with the rocket and capsule visible behind him on the legendary launch pad where the Apollo missions to the Moon began.

“We’re on the precipice of launching American astronauts on American rockets from American soil again for the first time since the retirement of the space shuttles in 2011.” 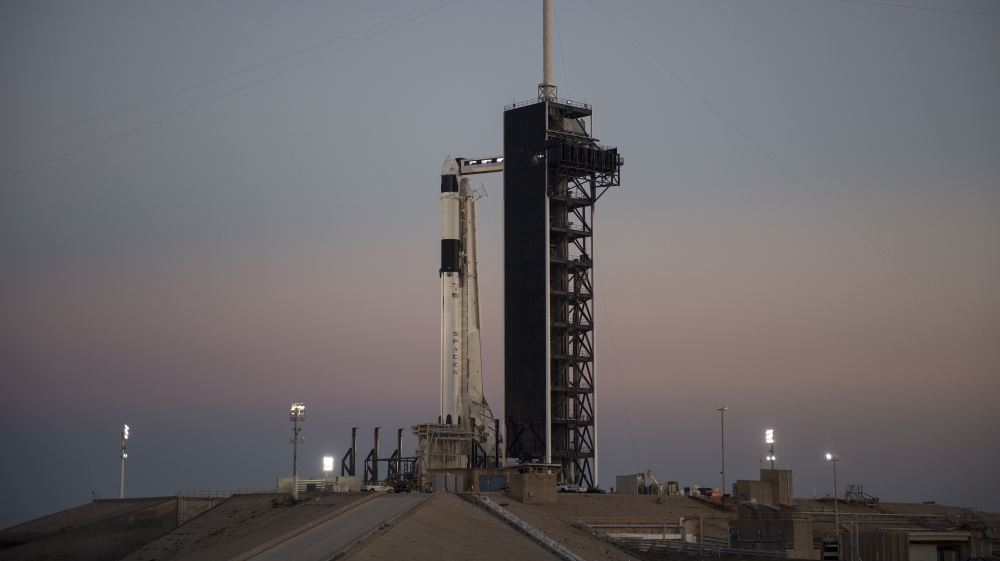 The excitement was palpable at Cape Canaveral, from the space-fan volunteers guiding media on site, to the tourists who came to watch the launch light up the overcast skies.

“It’s been a long eight years,” the Kennedy Space Center’s director Bob Cabana, a former astronaut himself, said as SpaceX employees milled around the rocket.

After the shuttle programme was shuttered in July 2011 after a 30-year run, NASA began outsourcing the logistics of its space missions.

It pays Russia to get its people up to the ISS orbiting research facility at a cost of $82m a head, for a round trip.

In 2014, the US space agency awarded contracts to SpaceX and Boeing for them to take over this task.

But the programme has suffered delays as safety requirements are much more stringent for manned flights than for unmanned missions to deploy satellites.

“We’re going to have more access to space at a better cost than at any point in human history,” said Bridenstine, adding he was “100 percent confident” that a manned flight would happen by year’s end.

Boeing also received a contract in 2014 to develop a space vessel, the Starliner. It will not be tested until April, in a mission similar to SpaceX’s.

NASA did not want to rely on just one single vehicle, in case of accidents.