Spain is poised for further political chaos as the country prepares to vote on whether to shake up the government in a snap election this Sunday, April 28. The election will be the third time in just four years Spain will vote for a new leader. And as the crisis deepens, the tension is hotting up between the political candidates.

Prime Minister Pedro Sánchez, leader of the Spanish Socialist Workers’ Party (PSOE), called the election in February after his 2019 budget was rejected.

Mr Sánchez’s minority government only holds 84 of the 350 seats in the Congress of Deputies, Spain’s lower house of parliament.

His party, which took office in June 2018 after Conservative Mariano Rajoy’s People’s Party (PP) was ousted, is struggling to take charge.

The 47-year-old prime minister’s critics say he is too soft and lacks charisma, having been unable to deal with the long-running dispute of Catalan independence. 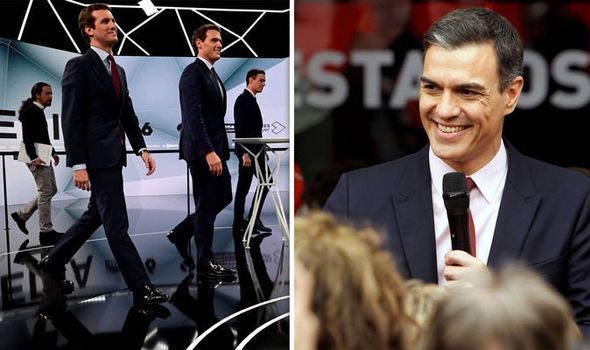 There are five parties in the running, with the PP hoping to make a return to power under new leader Pablo Cascado.

The other parties – which are gaining in prominence – are the anti-austerity Podemos, centre-right Citizens and nationalist Vox.

Vox Party may well be a newcomer on Spain’s political landscape, but polls suggest it could become the first nationalist party to sit in Spanish parliament since 1982.

And with such political instability rife in Spain, anything could happen when the voters head to the polls. 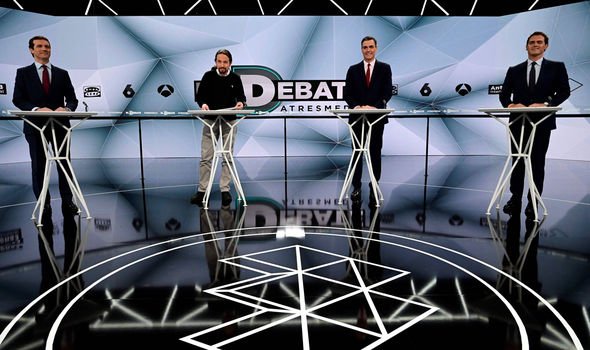 What do the bookies say?

Prime Minister Pedro Sanchez’s PSOE is the current favourite to win the general election, according to the latest odds from Ladbrokes:

Jessica Bridge of Ladbrokes said: “The PSOE looked nailed on for victory to stay in power.”

The bookmakers are also offering odds of 1/6 for PSOE to increase its seat count and 2/1 for PSOE to gain a majority.

Coral’s John Hill said: “Once again, the PSOE is long odds-on to pick up the most seats in what will be the third general election in four years in Spain.

“The odds indicate the PSOE will increase their seat count, however, they will fall short of a majority once more.” 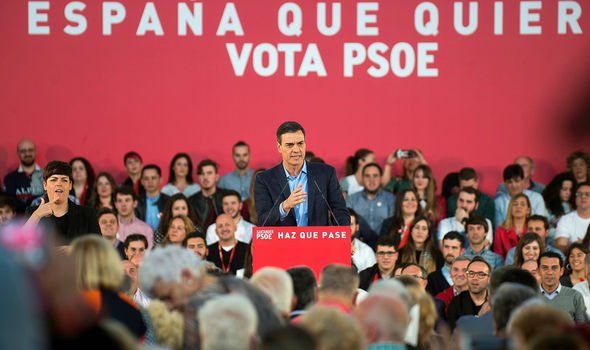 What is the main issue for voters and what do the polls say?

Voters have identified the biggest problem as unemployment, according to 61.8 percent of people surveyed for Spain’s Centre for Sociological Research (CIS).

This is followed by corruption and fraud (33.3 percent), and Spain’s politics, politicians and parties (29.1 percent).

But the right-wing parties have focused their attacks saying he is not doing enough.

According to the latest polls, Mr Sanchez’s Socialists were in the lead but is likely to need to form a coalition.

The PSOE is expected to win 29 percent of the vote, with PP coming in at second place with 20 percent.