At least five people have been killed and around 3,500 others evacuated in two days of torrential rain in southeastern Spain.

Emergency services rescued people stuck in flooded highway tunnels as many roads, railways and an airport closed on Friday due to the severe weather conditions.

Floods swept away cars and debris in the regions of Valencia, Murcia and eastern Andalucia, while motorway tunnels in some areas were flooded almost up to the tunnel lighting. 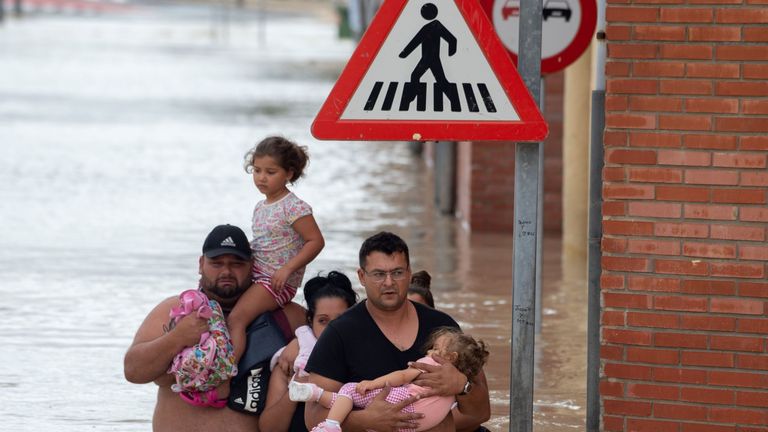 A man was found dead in the village of Redovan in Valencia after leaving his home on foot earlier on Friday, while another was found in Granada province after his car was swept off a motorway.

A third man died in Almeria after trying to drive his car through a flooded tunnel, rescue services said.

On Thursday, a 51-year-old woman and her 61-year-old brother died when torrential rain dragged their car away.

A total of 74 roads were closed, along with the entire Murcia regional railway service and airport. The railway link between Alicante and Spain’s two cities – Madrid and Barcelona, was also shut. 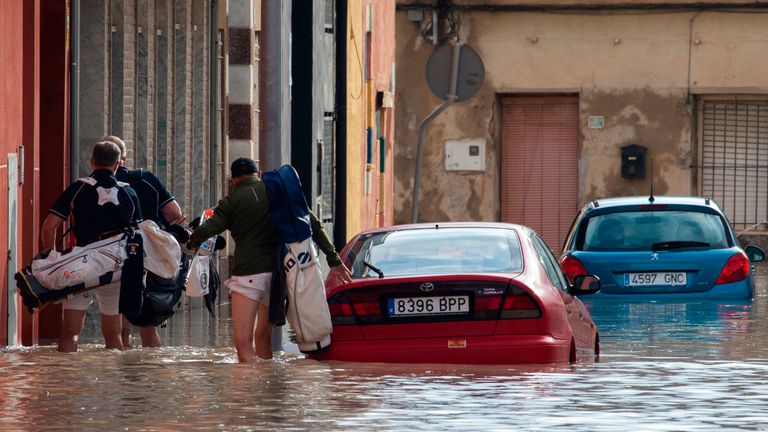 The storms in this region of Spain are an annual metrological phenomenon, however they have been particularly fierce, turning roads into muddy rivers that sweep away everything in their path.

Tourists were left stranded at Alicante Airport as flights were delayed or cancelled, with 78-year-old diabetic Haydn Harding from Northern Ireland, saying: “We’ve been in the queue here four or five hours. It’s very difficult to get to the toilet, impossible to get anything to eat.” 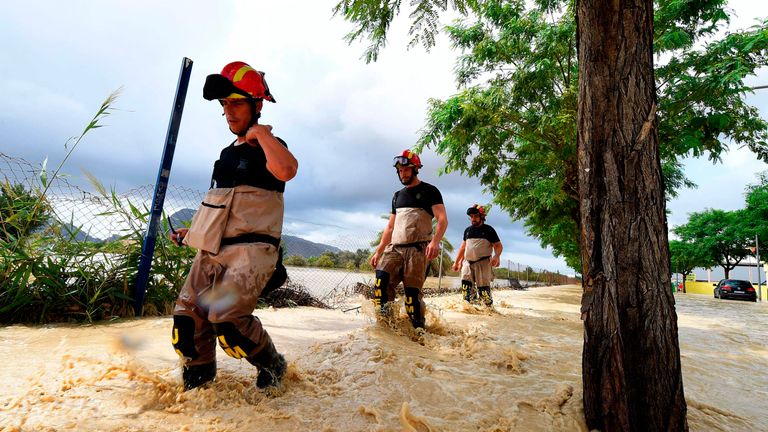 Some affected areas saw record daily rainfall for the month of September and remained flooded all of Friday.

Mario Cervera, mayor of Alcazares, a heavily affected town in Murcia, told Spain’s state-run TVE channel: “The situation is critical, all the municipality is full of water”.

More than 1,500 soldiers were involved in the rescue operation, which involved helicopters and boats in various areas. 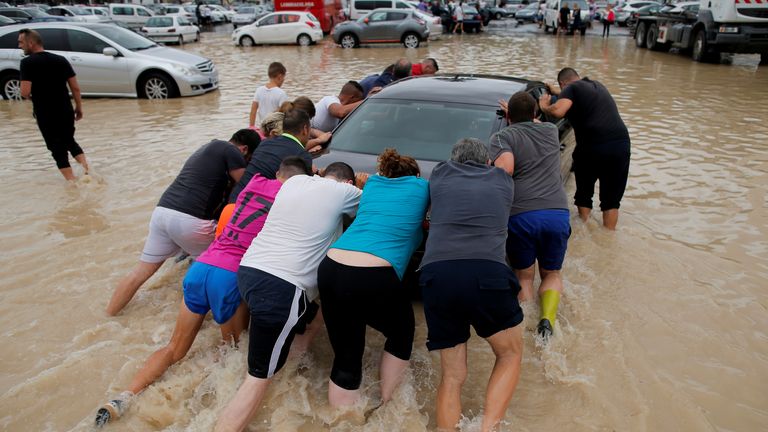 “This man was holding onto a traffic sign… The officer and I jumped to take him out,” one rescue worker told Reuters.

Following the evacuation of 1,500 people in Murcia, another 2,000 residents of the town of Santomera were told to leave their homes due to a controlled release from a local dam to prevent it from overflowing, Mr Marlaska said.

“The forecasts are now more positive than around midday. We have reports that point to diminishing dangers and risks of further flooding,” he told reporters while visiting the affected areas, while also warning residents and authorities to remain cautious. 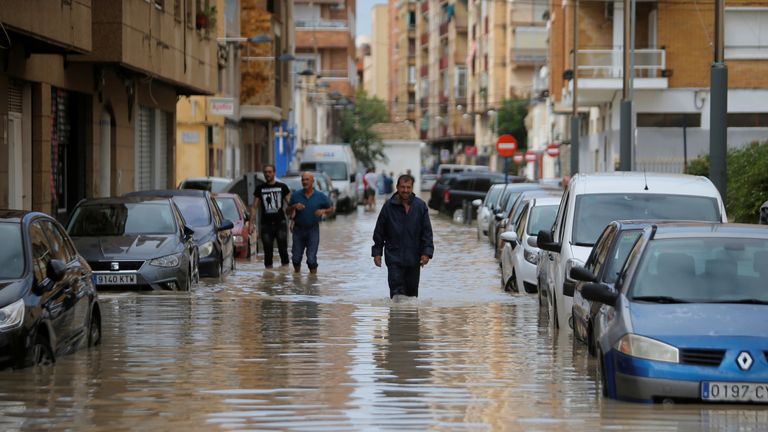 Citizens in the affected areas have been advised to stay at home and avoid using their cars.

“All the region of Murcia is flooded. We have never seen this situation before,” regional leader Fernando Lopez Miras told TVE.

The rain was forecast to ease on Saturday.