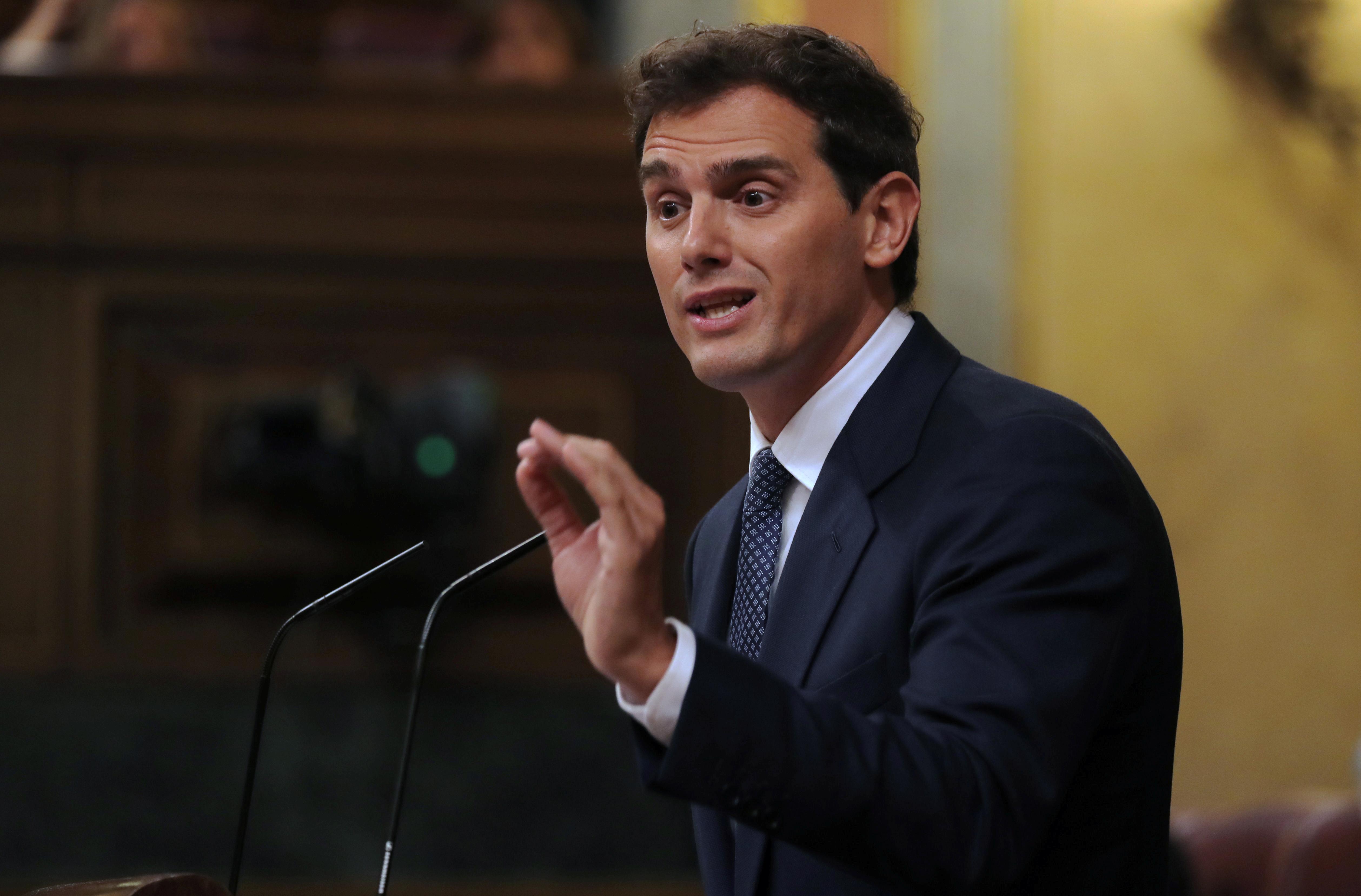 MADRID (Reuters) – The leader of Spain’s center-right Ciudadanos, Albert Rivera, on Monday unexpectedly made a proposal to get Spain out of political deadlock and avoid elections, saying he could facilitate Pedro Sanchez’s investiture as premier under a number of conditions.

Spanish politics have been in limbo since an inconclusive election in late April and had been all but certain to head to a repeat election.

It is not yet clear if Rivera’s proposal will change that but he called on conservative party leader Pablo Casado to together propose a pact to Sanchez, that would include not increasing taxes and applying direct rule again in Catalonia if the regional government rejects an upcoming sentence in a separatist trial.

The third condition would be the Socialists not governing in the Navarra region with the support of far-left Basque nationalist party Bildu.

“We offer a state solution for Spain: we will unblock the investiture if Sanchez accepts three conditions,” his party tweeted him as saying.

Rivera gave a news conference in which he did not explicitly mention a possible abstention, but Spanish media including El Mundo newspaper said that was what he was considering.

The center-right leader had so far rejected giving any form of support or even an abstention and had not even showed up to a round of talks held by Sanchez with other party leaders.

Sanchez has until Sept. 23 to be voted in by parliament. If he is not, the country will head to elections.

“If no one does anything we will waste (millions) in a repeat elections,” Rivera said.