Spanish police break up a vicious fight between Roma travellers

This is the shocking moment police use force to intervene during a fight between Roma in a busy central Madrid square.

Police officers from Spain’s Guarda Civil were forced to intervene after the vicious fight broke out in Puerta del Sol Square.

Shocking footage shows the cops brutally booting the travellers in an attempt to break up the fighting. 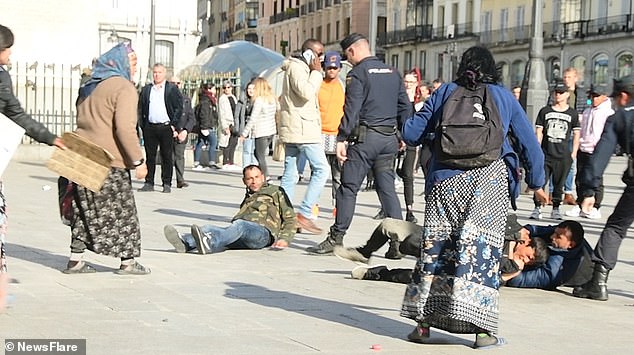 Several women who were also involved in the incident were beckoned over to break it up.

But after cops arrive armed with batons they can be seen shoving the fighting men to the ground and kicking them while they were on the floor.

One woman kicks out at a man on the ground before having her headscarf pulled off.

The police in the Square forcefully separate the men but they continue to strike each other.

He also raises his baton as one of the men cowers while laid on the ground.

According to the cameraman the police arrested the people involved in the fight. 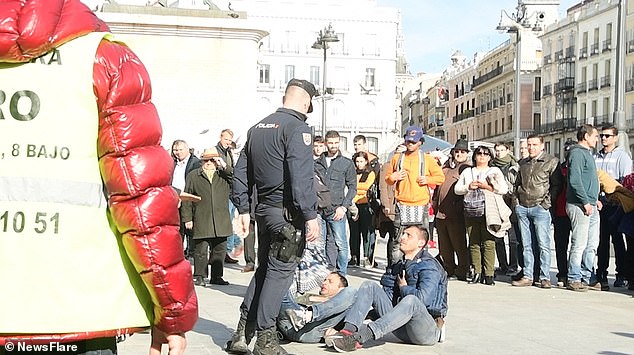 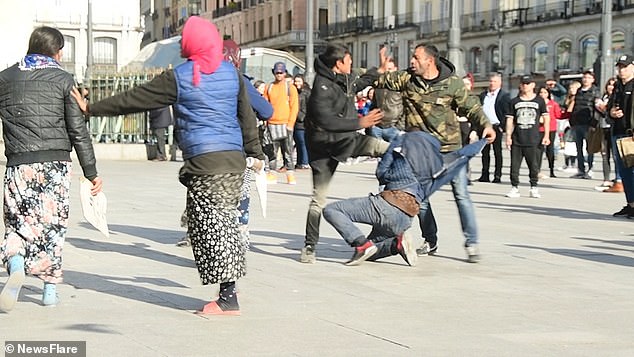