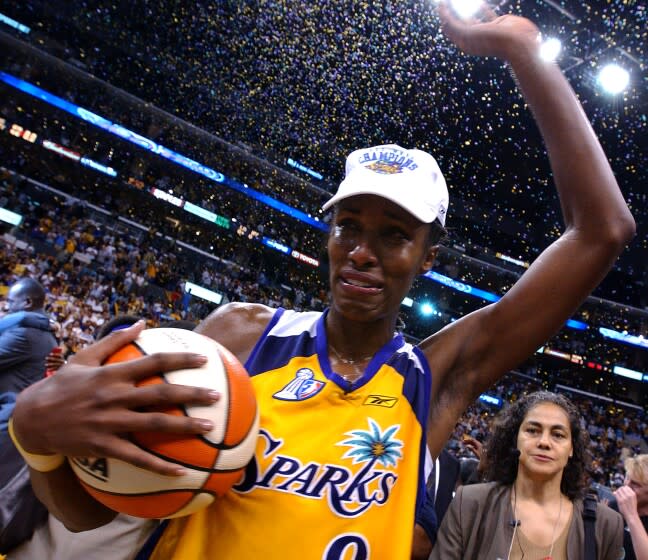 For the first time since it opened in 1999, the sports venue in downtown Los Angeles will have a name other than Staples Center. Starting Saturday, it will be known as Crypto.com Arena, as part of a 20-year deal between the Singapore cryptocurrency exchange and AEG.

To commemorate the end of an era, our writers have compiled their top 10 Staples Center moments for each of the teams — the Lakers, Clippers, Sparks and Kings — that have called the building home.

The Sparks made themselves at home in Staples Center with a 58-50 win over the Cleveland Rockers. Their downtown debut came two years after the new arena opened as the Sparks initially stayed at the Forum, where they hosted the WNBA’s first game in 1997.

The Sparks won their first WNBA championship by sweeping the Charlotte Sting in the Finals, completing a title two-step for L.A. after the Lakers won the championship that season. Lisa Leslie followed regular-season and All-Star most valuable player awards with the Finals MVP as she averaged 24 points and 10.5 rebounds in the two games. It was the first time that a team besides the Houston Comets had won the WNBA title.

Leslie became the first player in WNBA history to dunk in a game with a one-handed slam against the Miami Sol. The 6-foot-4 center collected an outlet pass near midcourt and took two dribbles before throwing the ball down with her right hand. She raised both arms as she ran back up the court to celebrate with her teammates. 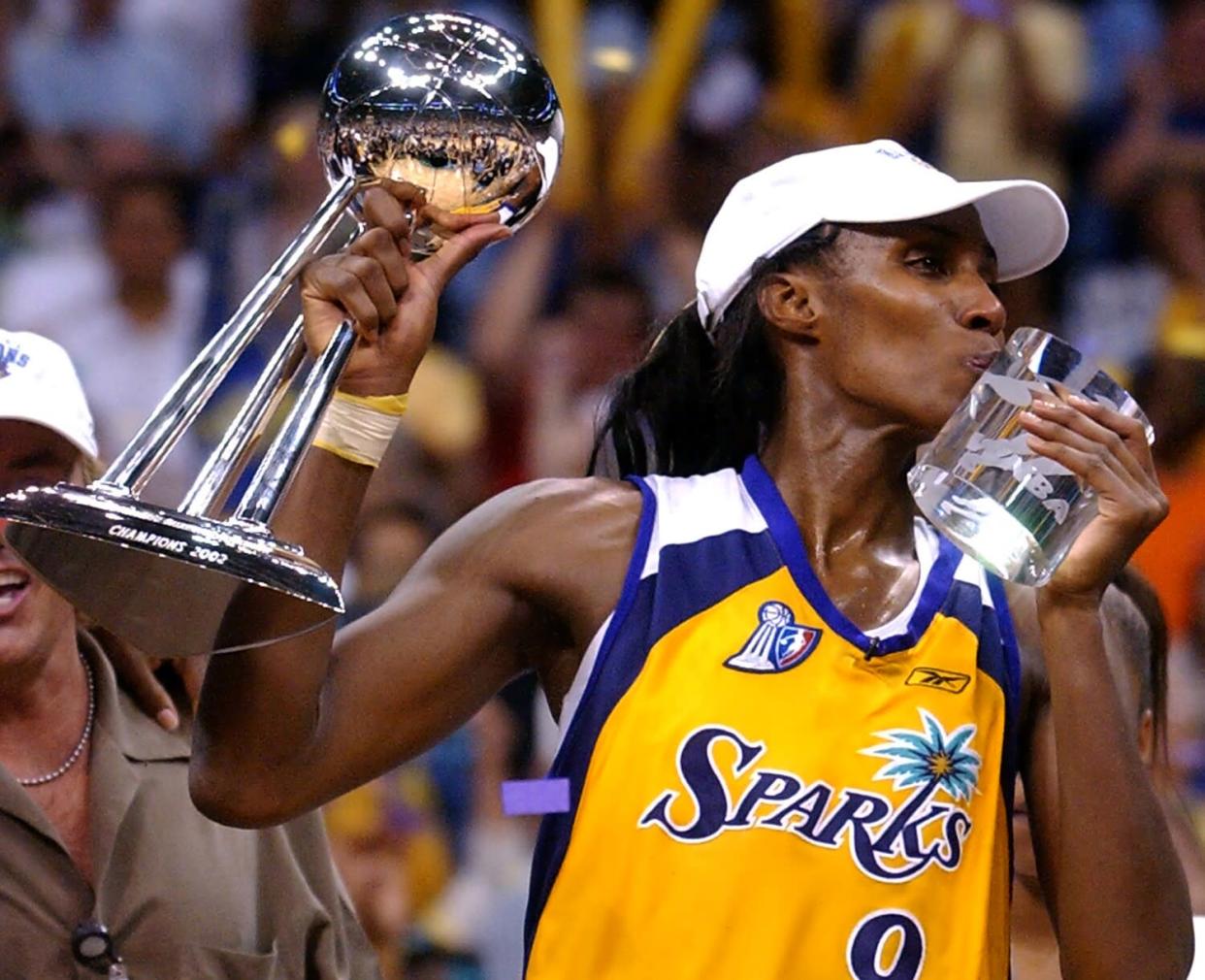 Rookie Nikki Teasley hit the title-winning shot with 2.1 seconds left in Game 2 of the WNBA Finals to secure back-to-back championships for the Sparks. The Sparks completed a 6-0 run through the postseason by knocking off the New York Liberty, who were the top seed in the Eastern Conference.

Teasley’s three-pointer came over two-time WNBA defensive player of the year Teresa Weatherspoon, who backed off the rookie with the score tied. Weatherspoon, whose 50-foot buzzer-beater in the 1999 WNBA Finals is one of the league’s most iconic shots, tried to repeat her heroics, but was blocked on her final attempt.

Leslie scored 29 points while notching the third triple-double in league history. She added 15 rebounds and 10 blocks in an 81-63 victory over the reigning champion Detroit Shock. It is still the most points scored in a triple-double in league history. The effort came less than two weeks after Leslie helped Team USA to an Olympic gold medal in Athens, Greece. The star center won the WNBA MVP award that season. 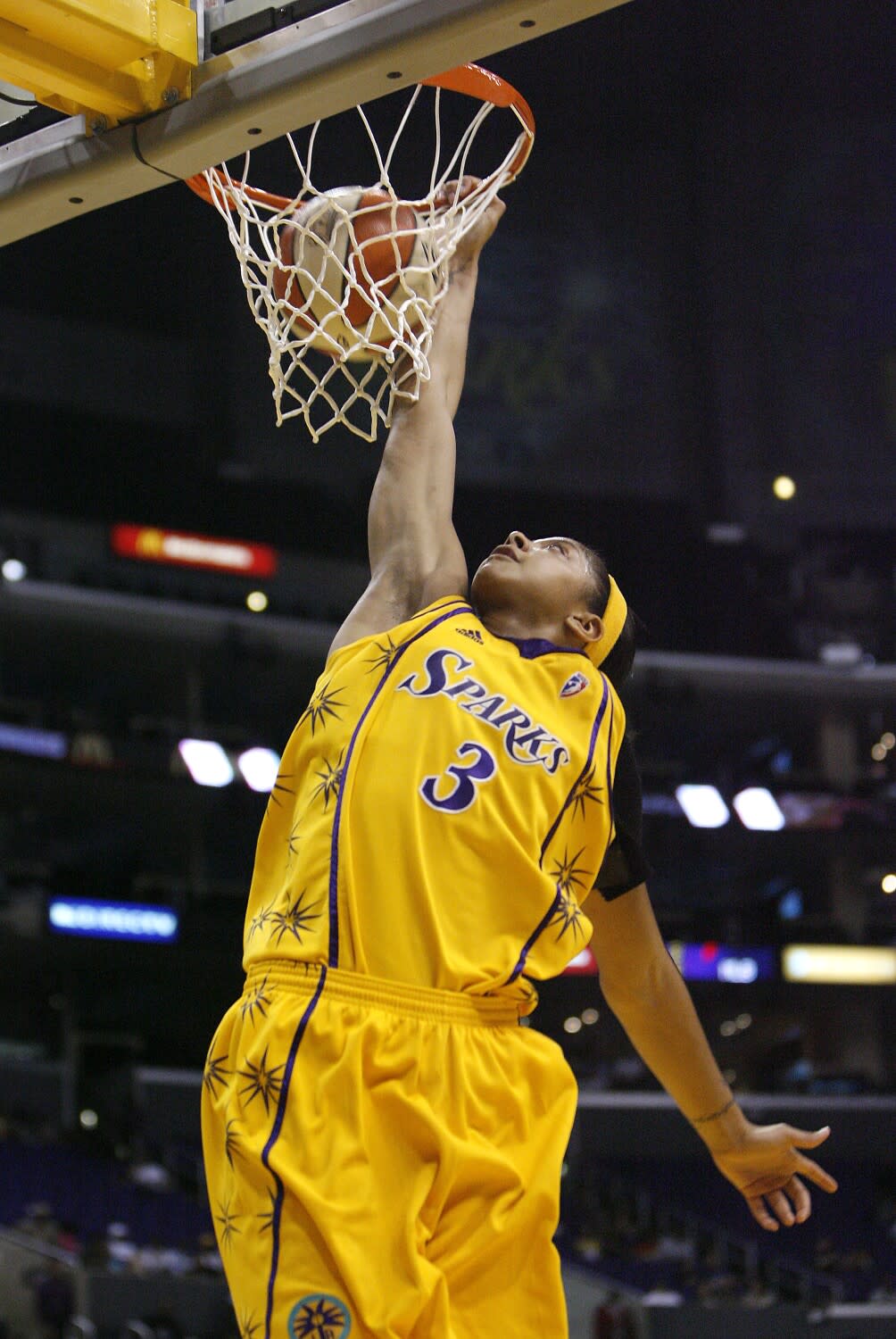 Candace Parker took the torch from Leslie by becoming the second player in WNBA history to dunk in a game with her one-handed slam against the Indiana Fever. Parker followed it up with another dunk in the Sparks’ next game against the Seattle Storm as she went on to win the league’s rookie of the year and most valuable player awards. Parker was the first player in WNBA history to win both awards in the same season.

Ticha Penicheiro handed out 15 assists to set a single-game franchise record in an 82-77 win over the Chicago Sky. The Portuguese guard retired as the WNBA’s all-time leader in assists, although her mark of 2,599 has been surpassed by Sue Bird.

In just her third game of the WNBA season after joining the Sparks from overseas duty, Kristi Toliver had 43 points against the Tulsa Shock to set the franchise single-game scoring record. The guard from Maryland eclipsed Leslie’s record of 41 set in 2006 by scoring almost half of the Sparks’ points in a 98-95 win. Toliver made 15 of 24 shots and seven of 12 three-pointers. 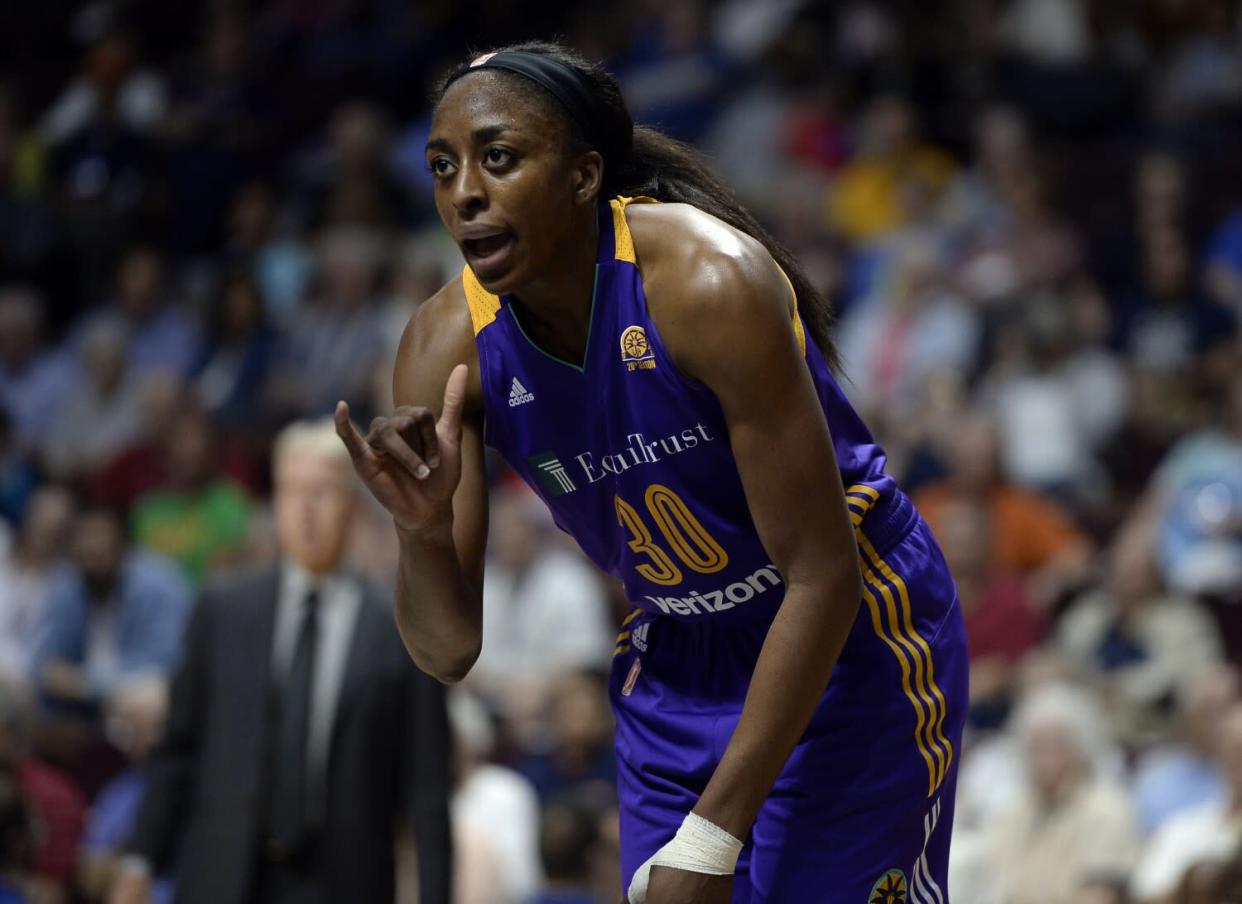 Nneka Ogwumike set a WNBA record for consecutive made field goals with 23, completing the three-game streak against the Chicago Sky at Staples Center. The 2012 rookie of the year started the streak by finishing a 100-77 blowout against the New York Liberty with five straight made shots, then had a perfect 12-for-12 game at Dallas to set the league record for field goal attempts in a game without a miss. The Sparks returned home, where Ogwumike made all six of her shots in the first half before missing her first attempt in the third quarter.

On the season, Ogwumike shot 66.5% from the field, the second-highest percentage in WNBA history, and was named the league's most valuable player. The Sparks finished the season with their third WNBA championship and first since 2002, clinching it in Minnesota when Ogwumike made the winning putback with 3.1 seconds left in Game 5. 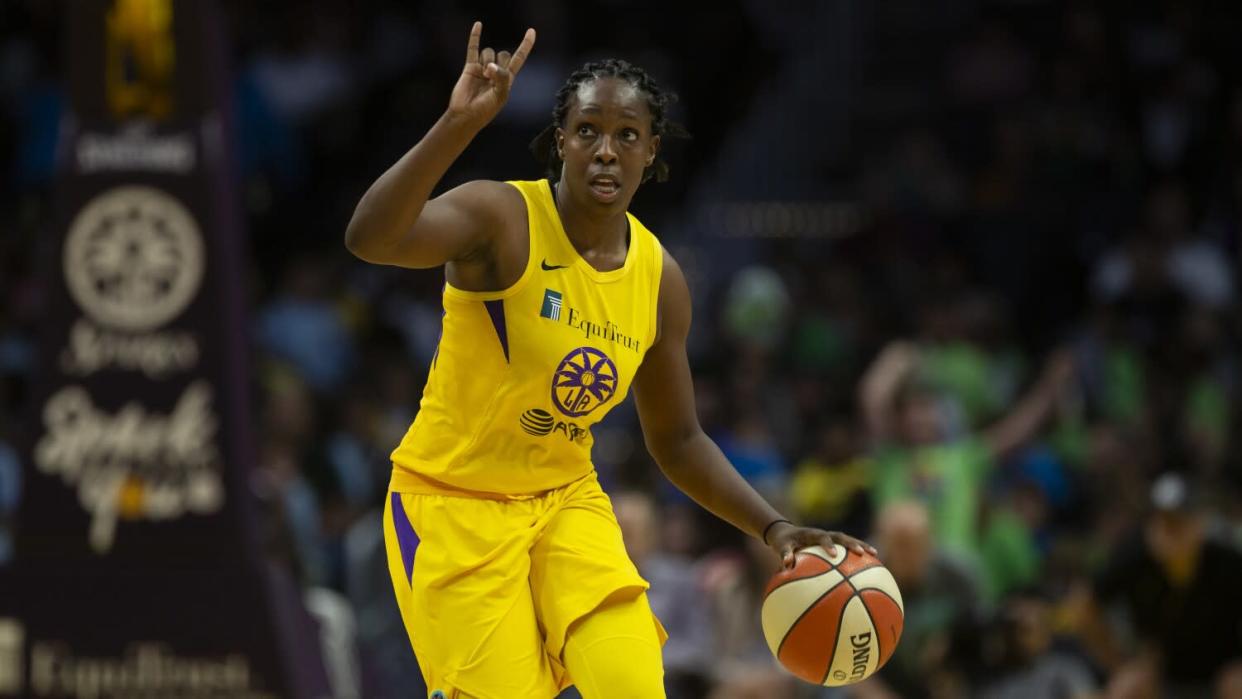 Chelsea Gray earned her first All-WNBA first-team selection in 2019 with performances like her 13-point, 10-rebound, 13-assist triple-double against Washington. It was the ninth triple-double in WNBA history and third by a Sparks player, following Leslie and Parker in 2004 and 2017, respectively.