‘That was surreal!’ Student with Down syndrome nails half-court buzzer beater during high school basketball game

A special needs teen from Colorado is being celebrated after he was seen on video hitting a buzzer-beating, half-court shot in a high school basketball game.

Game footage of Andrew Regan, a Cherry Creek High School junior, shows him grabbing a rebound, and with only seconds remaining, dribbling the ball to half-court before gracefully launching the basketball into the far net.

The player, who has Down syndrome, then leaps into the air and begins giving high-fives to spectators and his teammates as the gym erupts into cheers.

‘That was surreal, when I said surreal, it felt like amazing to me,’ the teen told CBS Denver about his dramatic shot. 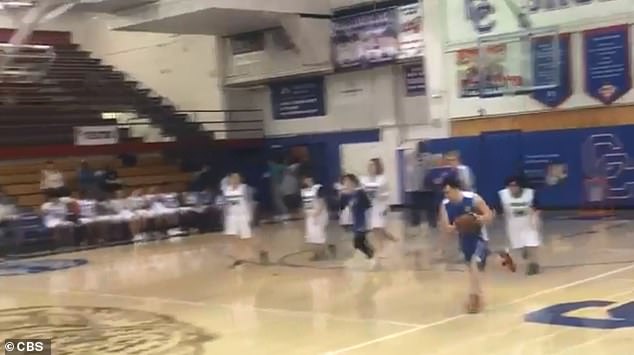 In the video posted to the Cherry Creek Unified High School sports team’s Twitter account, Andrew Regan grabs a rebound, he dribbles the ball to half-court 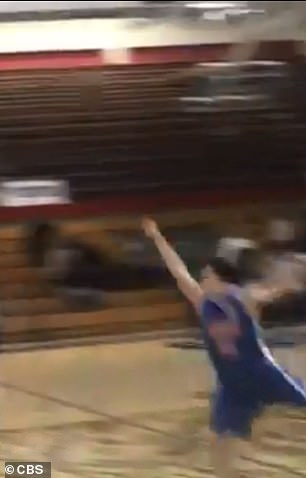 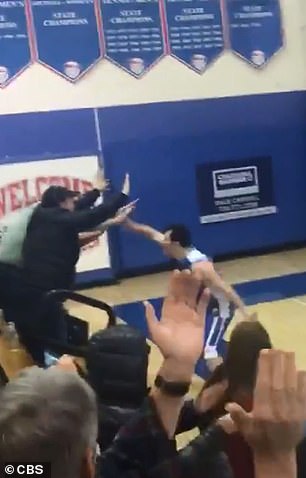 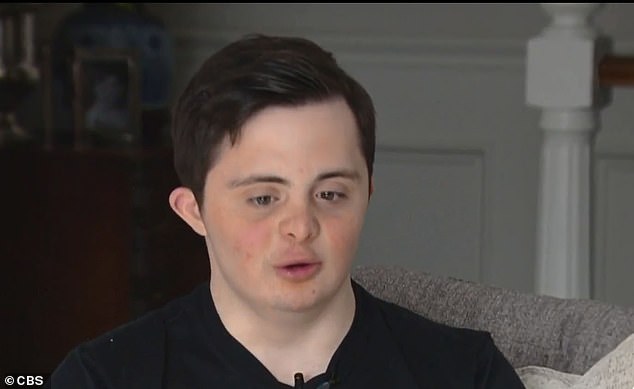 Andrew is on the Unified basketball team at Cherry Creek High School, a program pioneered by the Special Olympics.

It gives players with different abilities, those with special needs and those without, the opportunity to play together, promoting social inclusion.

‘Having sport in common is just one more way that preconceptions and false ideas are swept away,’ the Special Olympics website states.

It allows a senior like Ben Miller, who has spent four years with the Unified program, to be a part of Andrew’s life and this special moment.

‘He’s calling me, I’m calling him, we’re planning days to go to the gym or see movies, and it’s awesome,’ Miller told CBS about his time with Regan. ‘It’s just been incredible.’ 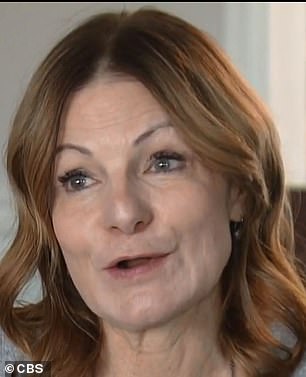 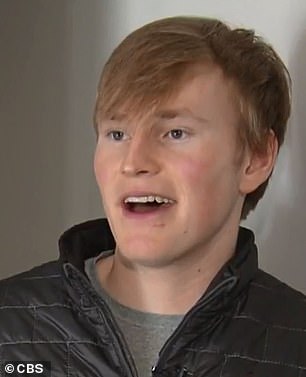 Paula Regan (left), Andrew’s mother, and Ben Miller, Andrew’s friend, are both excited by all the attention he has been receiving

Andrew’s mother, Paula Regan, has also been moved by all this attention to his athletic feat.

‘His dad would just be so proud of him,’ she said.

The high school junior has been playing basketball since he was five-years-old, coached by his father, Michael Regan, who passed away when Andrew was only 11.

‘He’s my friend. My dad’s my friend. I love my dad so much. My dad, my brother, my mom, they are all my friends, I love them so much, I just want to hug them and squeeze their hearts out,’ said Andrew. 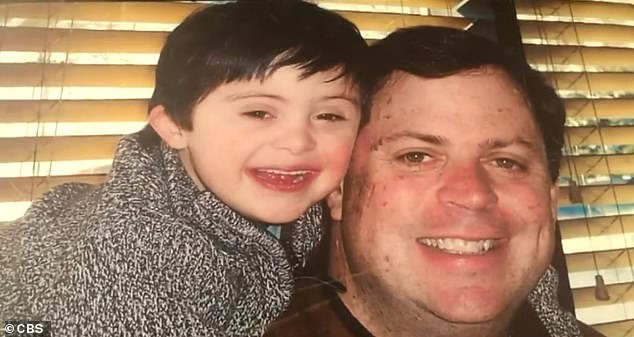 Andrew’s father, Michael Regan, died when he was only 11 years old 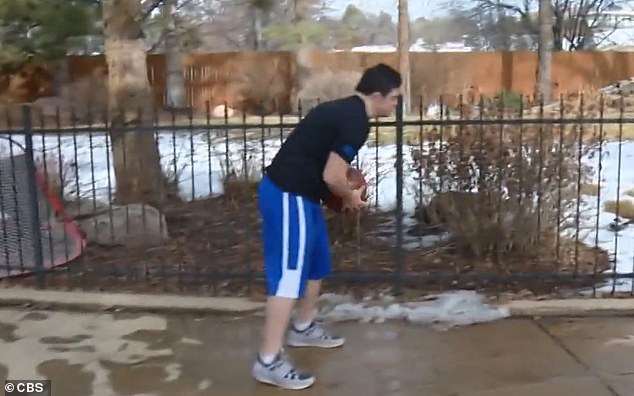