A member of staff at Specsavers has been suspended over claims they accused a former soldier of ‘invading countries around the world and killing innocent people’.

Steve Leale, 54, revealed he was a veteran when he went for an eye check up at the High Street chain on February 15 as he hoped it would get him a faster hospital appointment.

But he claimed he was left ‘gobsmacked’ and ‘totally disgusted’ when a staff member at the Woodbridge store in Suffolk made a slur about his 32 years of service in the Army.

Mr Leale said he had revealed his military service under the UK’s Armed Forces Covenant which gives veterans priority access to NHS care for conditions associated with their military service. 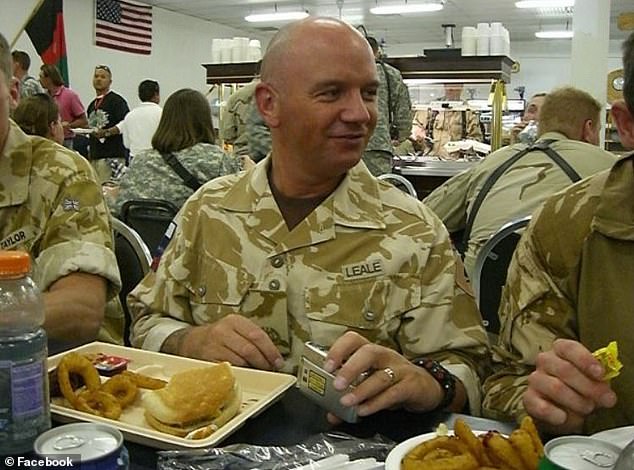 Steve Leale, 54, who served in the Army for 32 years, has claimed that staff at a Specsavers store in Woodbridge, Suffolk refused to give him a priority appointment for being a veteran, questioning why he should get it after ‘invading countries around the world and killing innocent people’ 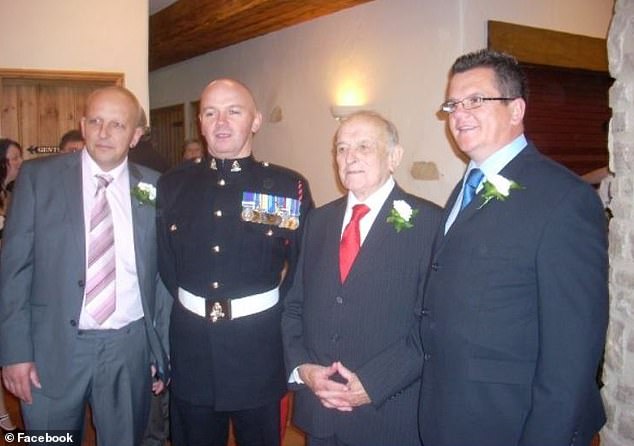 Recalling his experiences at the store, Mr Leale, who finished his service in 2015 as a Warrant Officer Class 2, slammed staff behaviour as ‘totally unacceptable’.

He said: ‘As I went through my appointment, I was having general chit chat with the optician. She explained to me that she came to the UK many years ago to gain her qualification.

‘I then told her I had been to her country on several occasions and thought it was a beautiful place.

‘After my appointment had finished she informed me that I needed to be referred to the hospital as my sight had deteriorated so badly over the three years since my last visit. 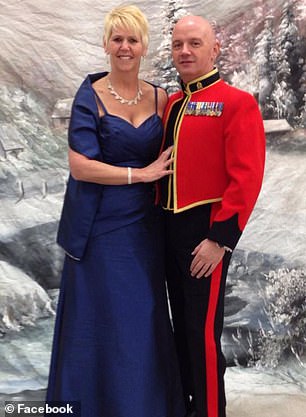 Recalling his experiences at the store, Mr Leale (right), who finished his service in 2015 as a Warrant Officer Class 2, slammed staff behaviour as ‘totally unacceptable’

‘I then asked her if she could kindly annotate the paperwork to state I was a veteran.

‘She looked at me and laughed. But I said I was serious as its part of the forces charter’.

Mr Leale alleged that the member of staff then questioned why he should get priority treatment after ‘invading countries around the world and killing innocent people’.

He continued: ‘I did not reply but merely walked over to my wife who paid for her items and then we left. Once we were in the car on our way home, I explained to my wife what had happened, and she immediately said let’s go back and get a refund.

The veteran then decided to fill out an online complaint, something for which his wife now has ‘hear of reprisals for’ and is ‘scared to go out alone’.

He said: ‘It is unfortunate that we live in a society that is manipulated by inaccurate information which allows those to judge others without considering all the facts in why we make the decisions that we do.

‘I am very proud to have served my country for over 32 years. I did my duty on behalf of all British citizens no matter what ethnicity, background or belief.

‘But to my horror there are those that that still fail to understand the principles of why we have the freedoms we enjoy today and the sacrifice of those that allowed us to continue our life the way we do.

‘I know it will be hard for the individual to apologise, but I do forgive her.

‘Service personnel are not the enemy and the moral of this chapter is, we do our duty to allow us to live together as a nation and not expect to be verbally insulted as I was’. 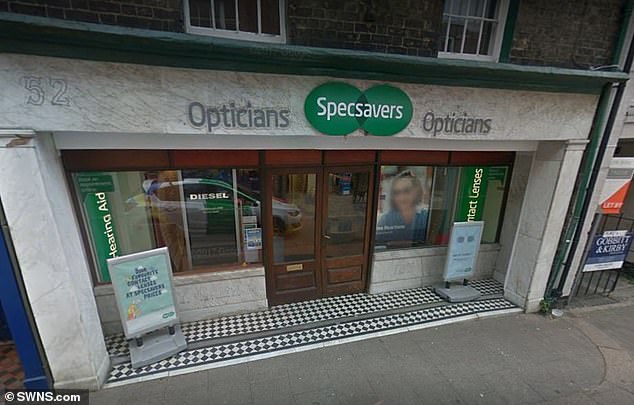 Mr Leale, who lives near Woodbridge, said he was left ‘totally disgusted’ by the comments although at the time he did not know what to say.

He added in a Facebook comment: ‘I was so gobsmacked by her comment that I did not retaliate but have since filed a complaint with their company.

‘Having paid for new glasses for both me and Mo I will now be going in to request a full refund and go elsewhere. Totally disgusted with the attitude and will no longer use their service.’

The veteran wrote on social media: ‘Totally disgusted with the attitude and will no longer use their service.

‘This is not the end of this so watch this space.’ 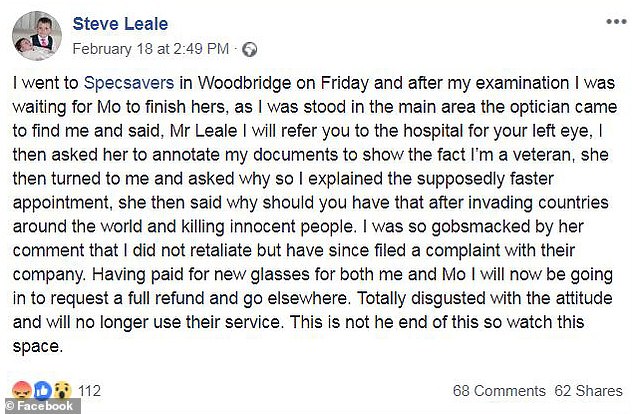 Mr Leale took to Facebook soon after the incident to share his experiences. He labelled the behaviour at the store ‘totally disgusting’

Specsavers has since launched an investigation into what happened and suspended an employee while the inquiry is carried out.

Veterans receive priority access to care for both physical injuries from the line of duty, and mental health support for those suffering from post-traumatic stress disorder.

Mr Leale filed an official complaint to the store on February 18 and was contacted by the branch to say the matter will be handled by their head office. 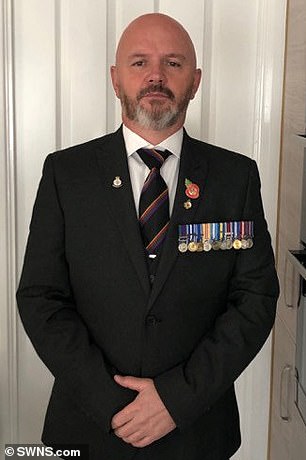 The veteran’s Facebook post has received more than 150 comments from social media users who have expressed their support for veterans and disgust at the comments.

Mr Coult, from Rendlesham, Suffolk, said he was ‘gobsmacked’ by the treatment Mr Leale allegedly received at the store, adding ‘it is a hate crime and should be treated as such.’

He said: ‘Veterans get discriminated against in pubs, in shops, it happens everywhere.

‘You have to remember that these people are walking about, keeping themselves to themselves, looking for jobs in civilian life, often with physical or mental injuries.

‘They don’t need abuse on top of that.

‘Veterans don’t get much – this isn’t the way Steve deserves to be treated after giving 32 years of his life for his country.’

A Specsavers spokesman said: ‘An employee has been suspended pending a disciplinary investigation into comments made to a customer at the Woodbridge store.

‘The alleged comments do not represent the views of Specsavers, who are active supporters of Blind Veterans UK, a charity which cares for former military personnel with sight problems.’