Has Kim Jong-un made a secret visit to China? Speculation mounts after jet used by North Korean VIPs is seen in the country

A jet normally used by North Korean VIPs has landed in China sparking speculation Kim Jong-un may have made a secret visit to the country.

The aircraft, reserved for high-profile officials, was seen taking off from the northeastern Chinese port city of Dalian today along with a second plane belonging to Pyongyang’s Air Koryo.

If confirmed, the visit would be the latest diplomatic venture for Kim, who met South Korean President Moon Jae-in last month and could hold a historic summit with US President Donald Trump in June.

The Chinese foreign ministry would not confirm or deny that a North Korean official had visited the country. 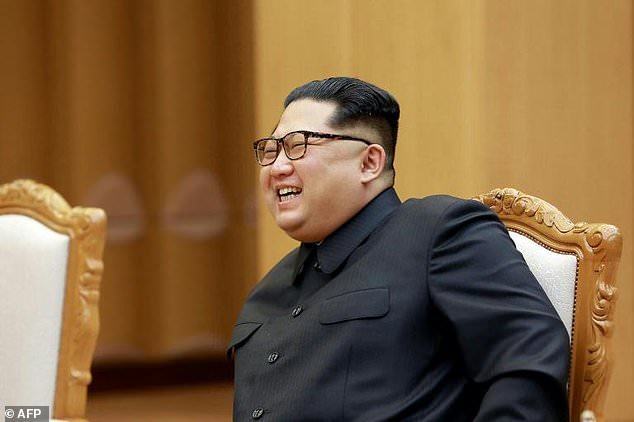 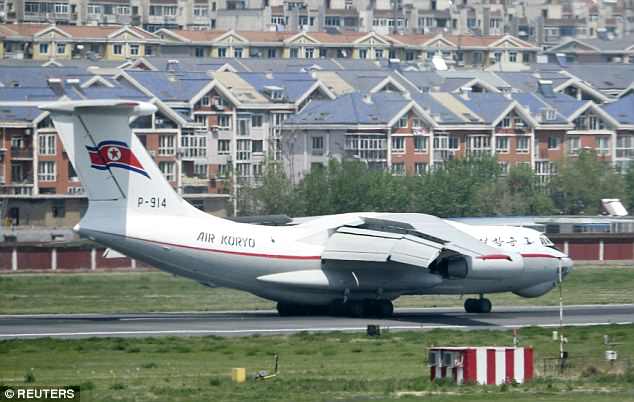 As well as the plane reserved for high-ranking officials, this North Korean Air Koryo plane was also seen landing at Dalian airport today

‘I have no information to offer at this moment,’ foreign ministry spokesman Geng Shuang told a regular press briefing.

‘China and the DPRK are close neighbours and we maintain normal communication and exchanges with each other,’ Geng said, using North Korea’s official acronym.

Kim travelled to Beijing by train in March for his maiden official trip abroad and met President Xi Jinping for the first time since taking power in 2011.

His trip was kept secret until he returned to North Korea.

One of the planes seen in Dalian resembled the one used by Kim’s sister and close aide, Kim Yo Jong, to travel to South Korea for the Winter Olympics in February. 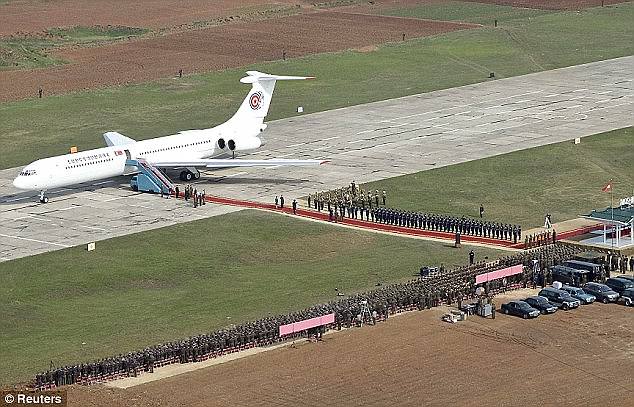 In 2014, pictures emerged of Kim stepping onto a red carpet from his own version of ‘Air Force One’ (pictured) 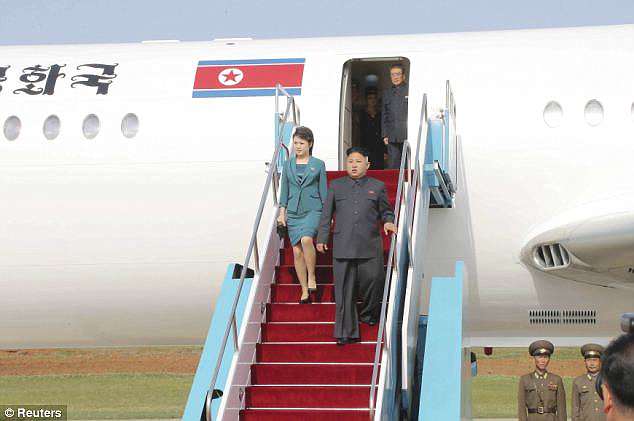 NHK television showed images of a motorcade of cars with black-tinted windows travelling through Dalian, where roads and air traffic had been temporarily restricted a day before.

In 2014, pictures emerged of Kim stepping onto a red carpet from his own version of ‘Air Force One’.

The images showed the luxury Russian 174ft IL-62 jetliner that carries Kim and his wife Ri Sol-ju on official engagements around the secretive country.

The use of a private jet is a departure from the behaviour of Kim’s father Kim Jong-Il, who had such a fear of flying that he visited China and Russia in a private armoured train.

Unveiled in 1962 with its first flight the following year, the IL-62 became commonly-used around the world and continued being manufactured until 1994.

Now-defunct nations including the Soviet Union and Czechoslovakia adapted the plane into a private jet before the fall of the Berlin Wall.

China has sought to improve relations with its Cold War-era ally after ties chilled over Beijing’s support of United Nations sanctions over Pyongyang’s nuclear activities.

Beijing is keen to avoid being left out in the cold as North Korea holds talks with South Korea and the United States.

China’s top diplomat, Wang Yi, met with Kim in Pyongyang last week — the first trip there by a Chinese foreign minister since 2007.