Homeless dad-of-three Rob, 36, from Hull, said Spice is the worst drug he has tried because of the extreme withdrawal symptoms. 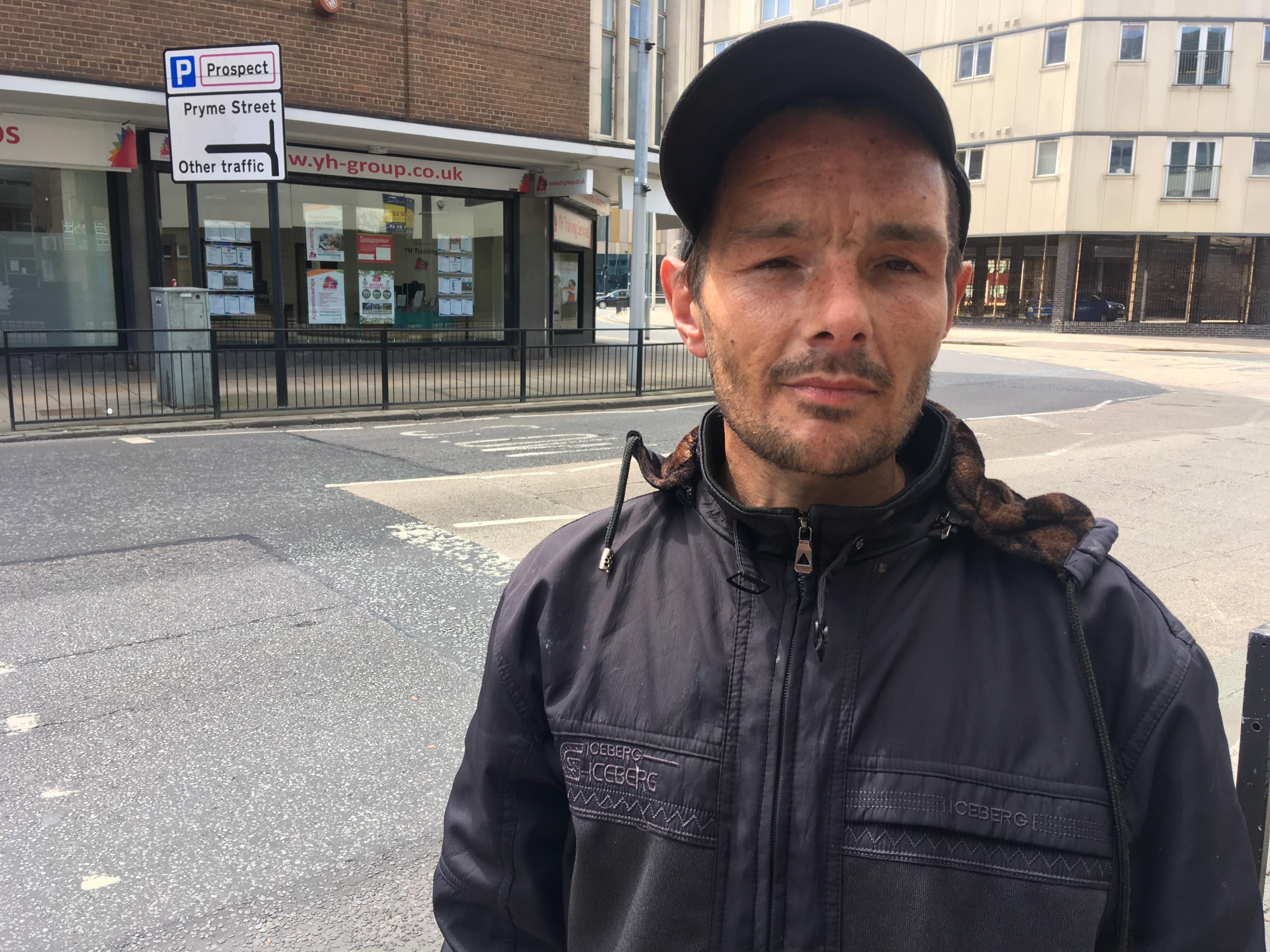 He told the Hull Daily Mail: “I’ve had heroin, I’ve had amphetamine, I’ve had everything going but Spice is the worst of the lot because the withdrawal symptoms are so intense. 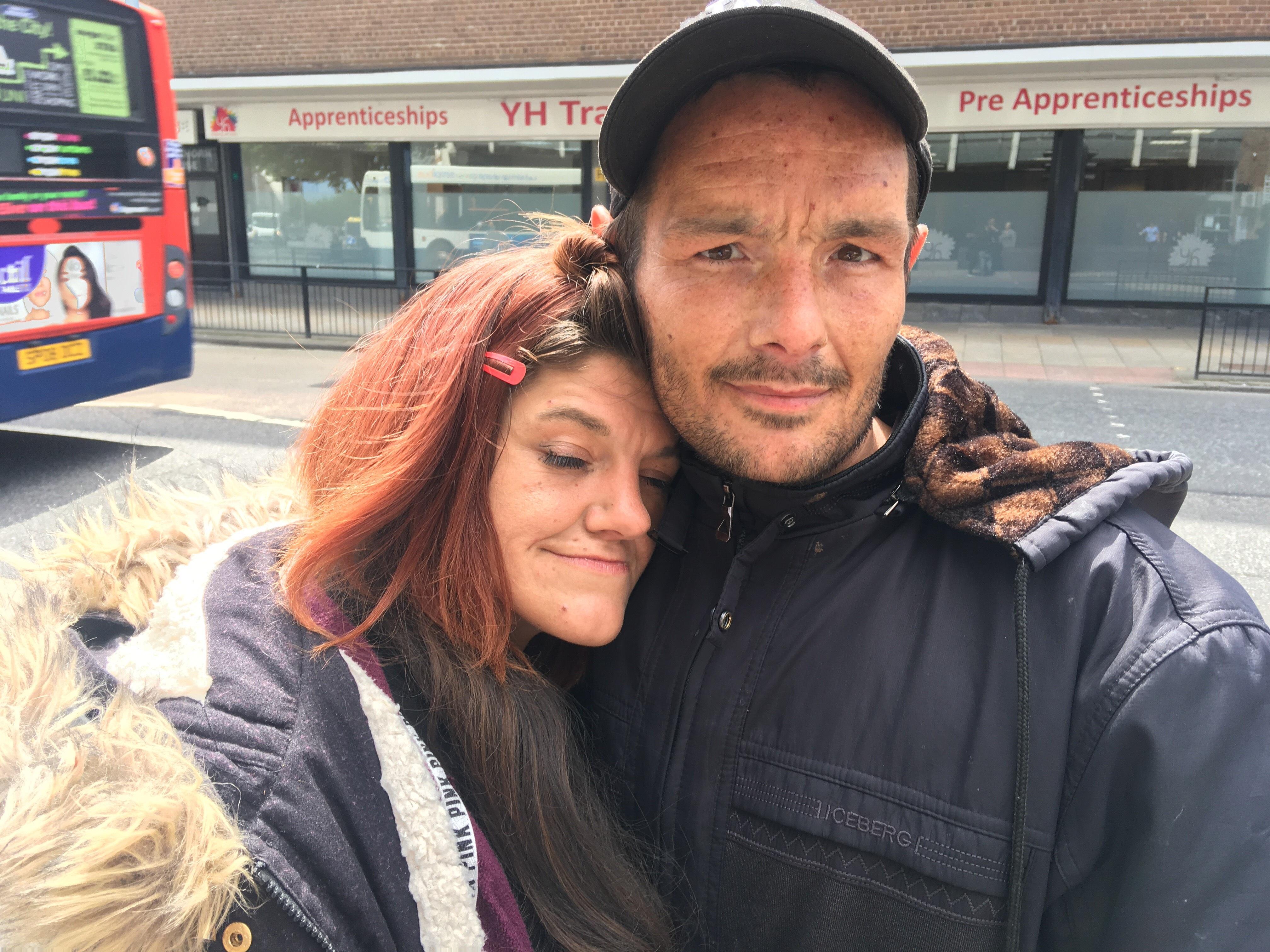 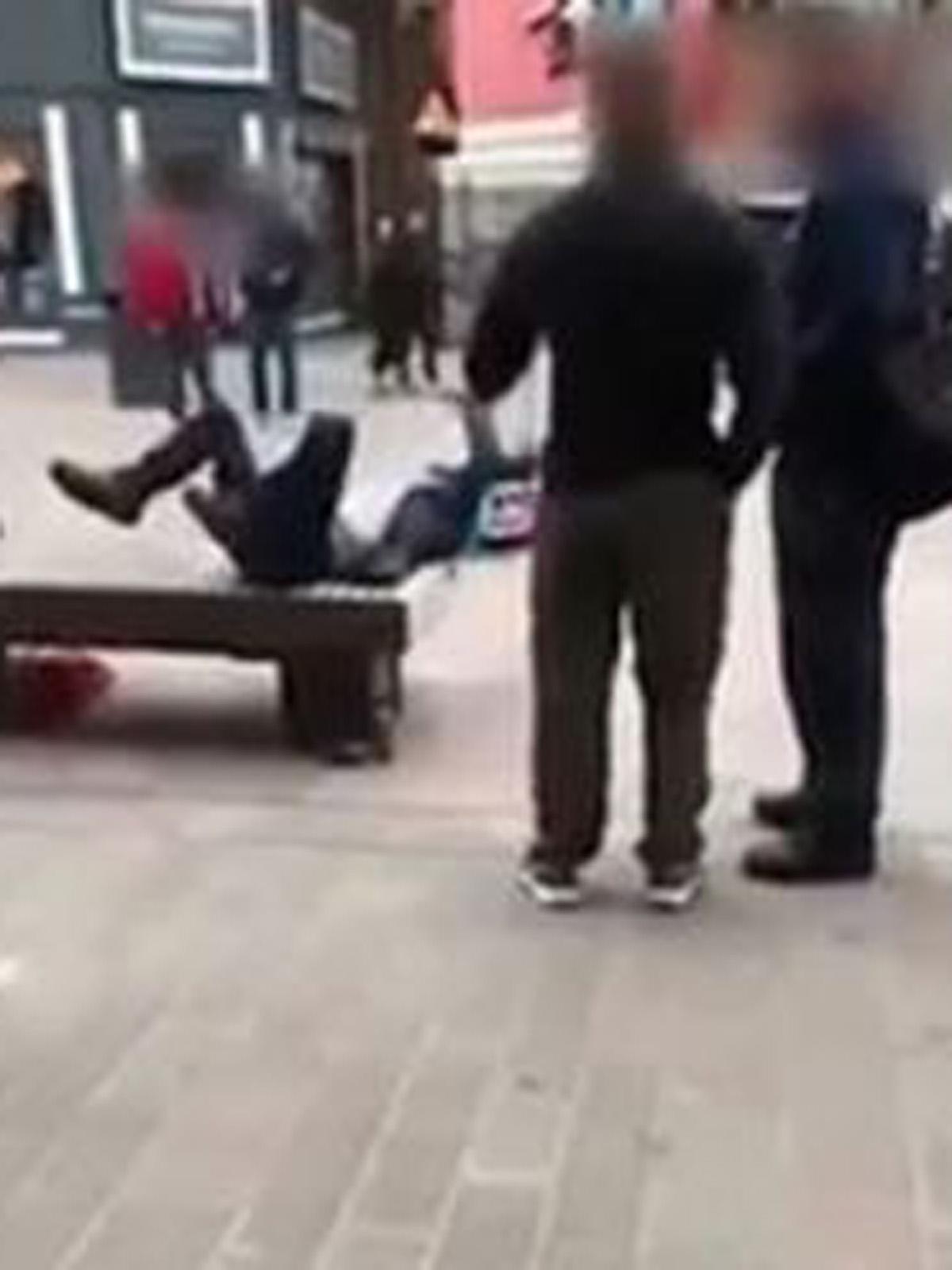 He said that the drug was taking over all the other drugs available in the city.

The comments come after a video emerged of a man who appeared to be high on the zombie drug writhing about on a park bench in the city centre.

The shocking footage was captured by a shopkeeper in Hull who said the area had become plagued by users of the synthetic strain of cannabis.

Speaking anonymously he said: "This is the last straw. People come into town to shop and this is what they are faced with. 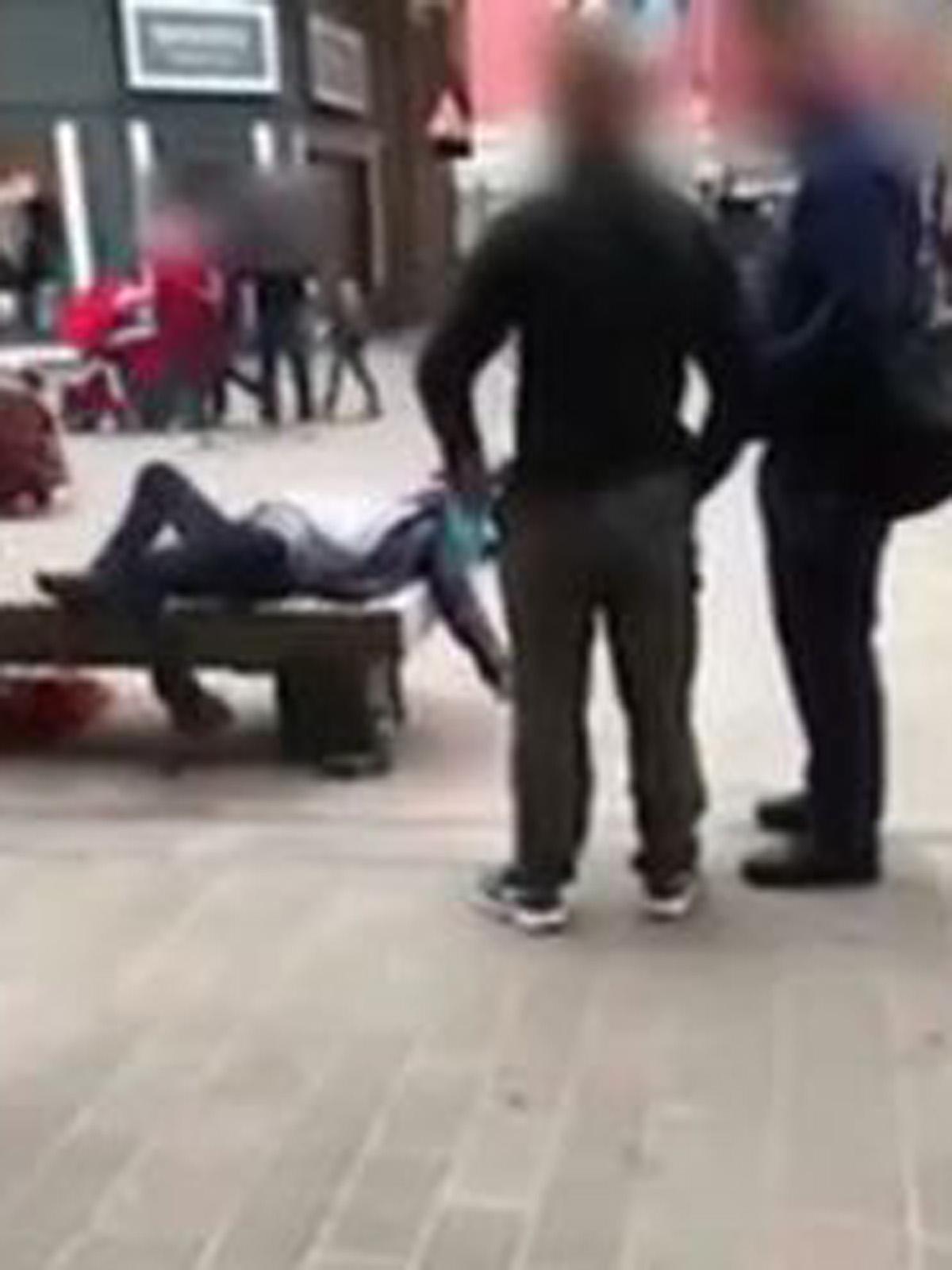 "Yesterday, we must have had ten customers comment on what was happening outside and this was on Sunday.

"There is open dealing and people getting off their faces. All I can see is these smackheads and zombies."

The clip shows the man rolling around on the bench while shouting abusive language.

A crowd gathers while other shoppers go about their business on the city’s Jameson Street.

The shopkeeper added: “This guy is on the bench and he was off his face on drugs. He was shouting, swearing. He was doing everything.

"Suddenly he jumps up and he doesn’t remember where he is. He gets up and he is off his tree and he can’t walk because he is still in his zone.

"Everyone is concerned for him. You don’t want to see anybody go through anything like.” 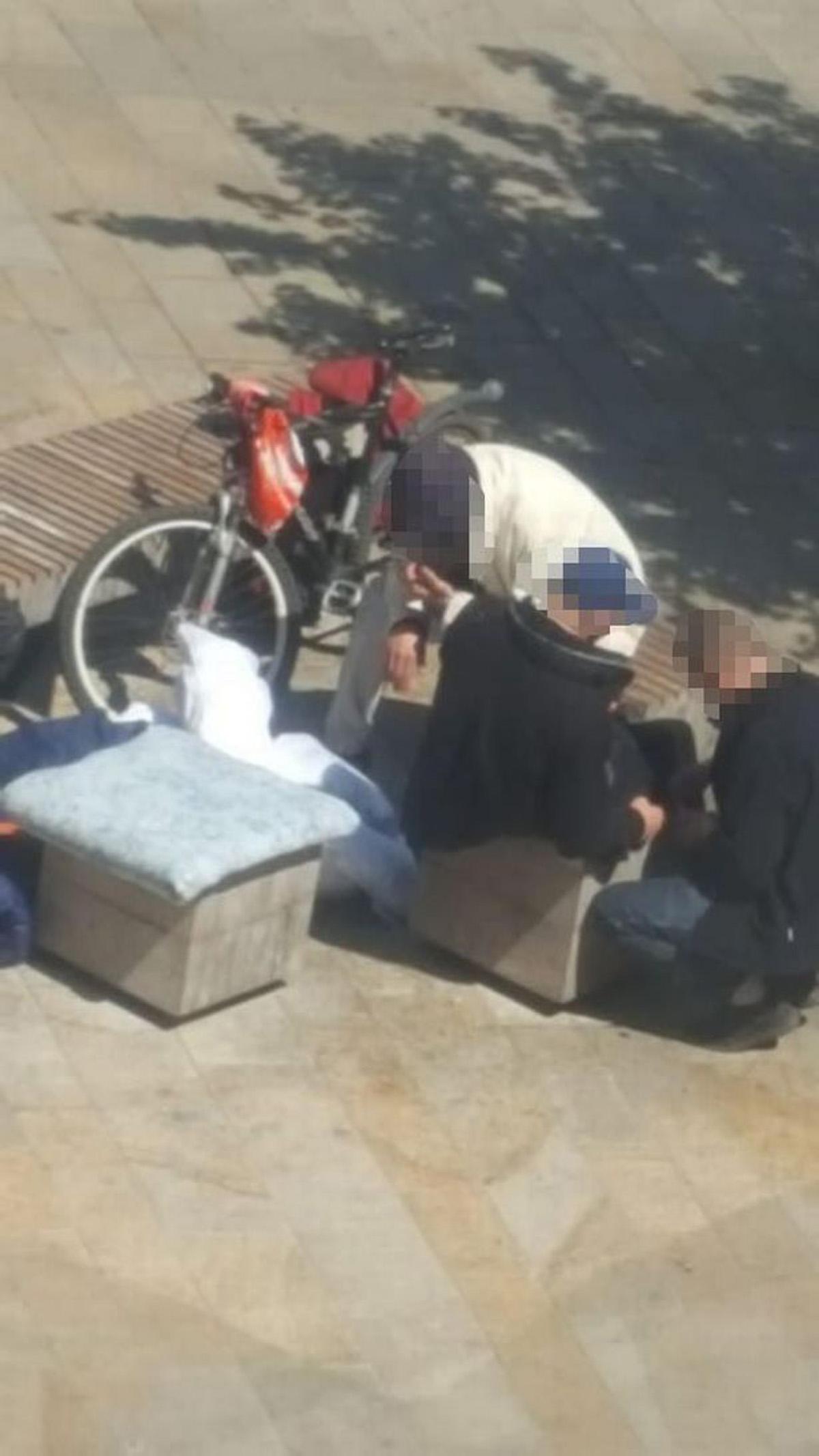 The shopkeeper says drug-use is a growing problem in the city centre.

He added: "We have photos where they are stood in the telephone box sharing out drugs. It’s disgusting what’s happening.

"I have been in the town for 35 years and I don’t need all of this and I don’t think none of them [the other retailers] need this."

The police said they will be increasing their presence in the area.

Spice was outlawed along with other synthetic highs two years ago, but it still wreaks havoc on many city streets.

In July last year ten people were taken to hospital after smoking a potent crystal form of the drug in Manchester.

In March this year 14-year-old Luke Pennington from Stockport became the UK's youngest victim of the drug after having a severe reaction to it.