SRINAGAR, India (Reuters) – Thousands of Indian security forces kept a lid on protests in disputed Kashmir on Wednesday, helped by the continued suspension of telephone and internet services after the Himalayan region’s special status was scrapped this week. Neighbors China and Pakistan, which both claim parts of the region, have voiced fierce opposition to India’s move dropping a constitutional provision that had allowed the country’s only Muslim-majority state to make its own laws.

Streets in the region’s main city of Srinagar were deserted for a third day, with almost all shops shut, barring some chemists. Armed federal police manned mobile checkpoints across the city, limiting people’s movement.

Knots of young protesters threw stones at soldiers, police and a witness said, amid anger over the telecoms clampdown that began on Sunday.

“These (protests) are mostly localized because of the heavy troop deployment,” said a police officer who sought anonymity because he was not authorized to speak to media, adding that police used tear gas and pepper spray to scatter the protesters.

A witness described an episode of hours of stone-throwing on Tuesday in the Old Barzullah area near the city center, saying, “I saw around 100 boys, in small groups, pelting stones.”

He added, “The police fired tear gas to beat them back.”

India has been fighting an armed revolt in Kashmir since 1989, which it blames Pakistan for stoking. In reply, Islamabad says it only gives moral and diplomatic support to the Kashmiri people in their struggle for self-determination.

All telephone, television, and internet connections stayed severed. By night, police vans had patrolled the streets, with loudspeakers warning residents to stay indoors.

South Kashmir, the epicenter of the insurgency in recent years, was completely locked down, said a state government official who visited the area.

“The highway was deserted, except for some trucks and buses carrying laborers out of the valley,” added the official, who asked not to be named.

Local authorities have not declared a curfew, but instead clamped down on non-essential travel and gatherings of four or more, effectively keeping restive people in their homes. 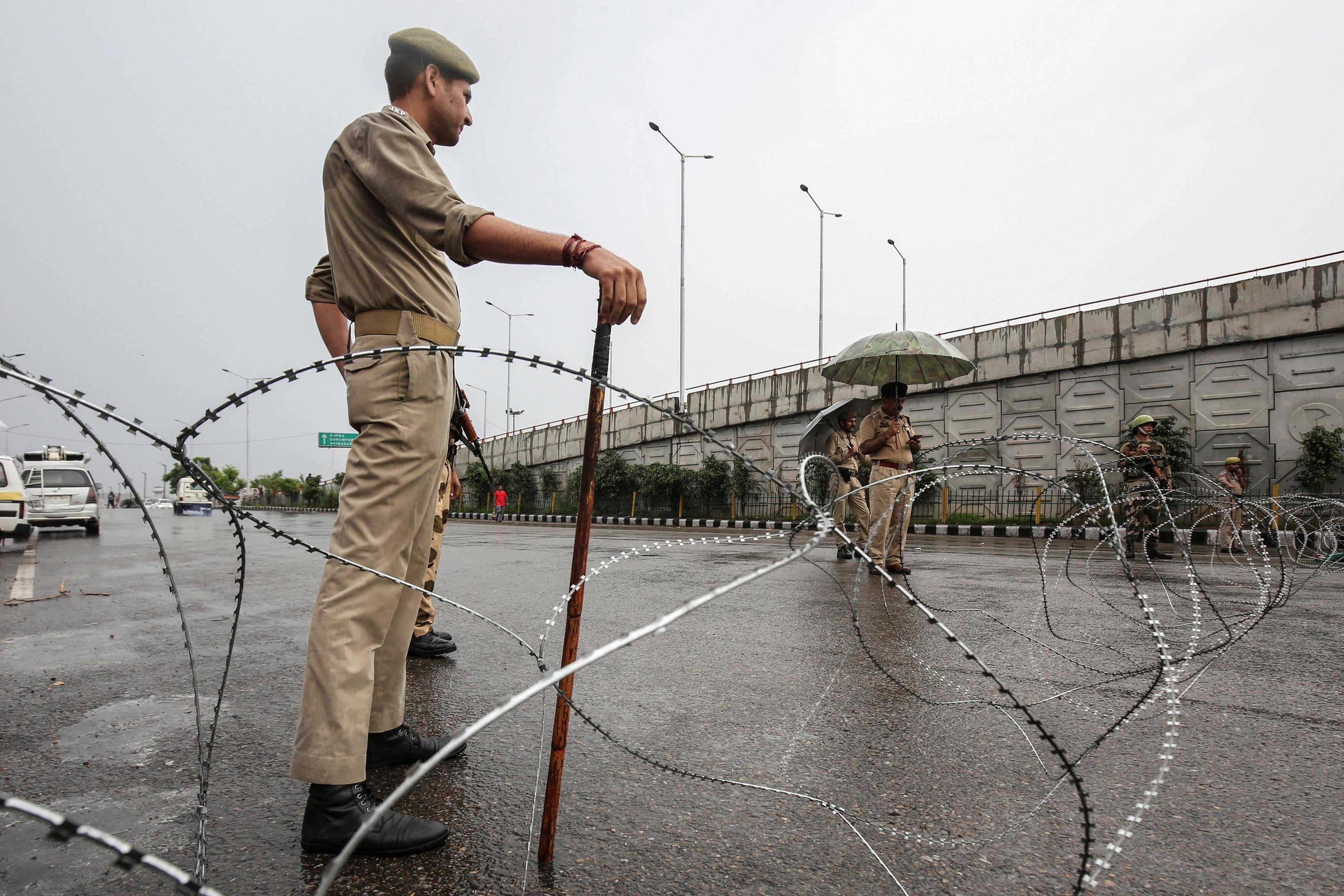 Officials of emergency services, such as hospitals and the fire department, said their staff were also frequently stopped at checkpoints, with access sometimes blocked.

The principal of Srinagar’s Government Medical College, which runs the state’s largest hospital network, comprising about 3,500 beds, has to personally visit district officials to coordinate services or seek approvals, a hospital official said.

“The principal doesn’t have any means of communication,” added the official, who asked not to be identified. “Police stations have been given satellite phones but not him. That shows their (government’s) priority.”