Sports Direct changing rooms have been branded ‘unsuitable’ over claims women who use them risk having their breasts ‘on full display’ while girls who have used them said they ‘never felt so exposed’.

James Watson from Thornaby hit out at the retail store in Teesside Park after attempting to return two swimming costumes.

Mr Watson was told he would not be able to return the items or get a refund because they are non-returnable. However, he argued the changing room mirrors face the till and have large gaps on the doors and that his wife should not have to be on display to the public. 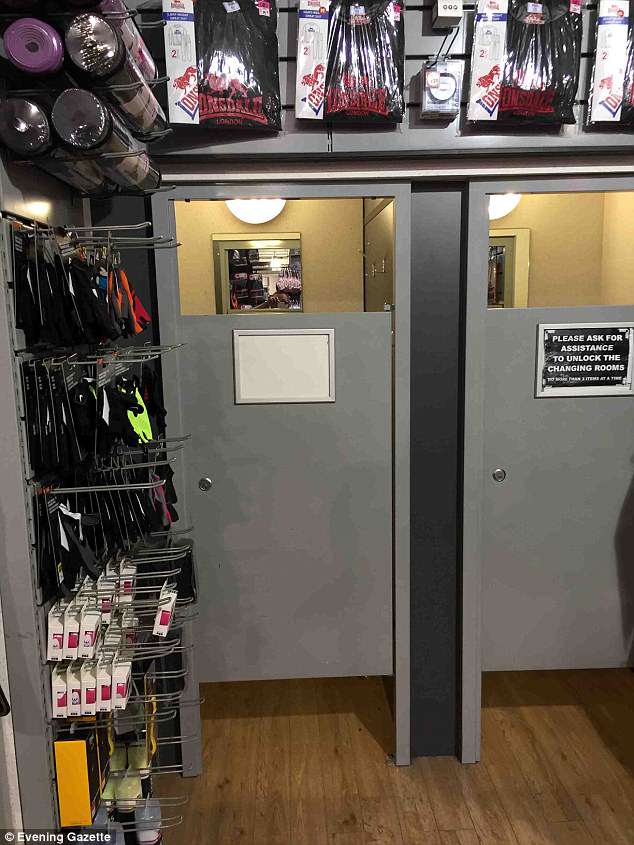 The outraged husband said: ‘The changing facilities available at Teesside Park are not suitable for trying on swimming wear, or anything else in my opinion.

‘These changing booths are directly on the shop floor, right by the tills, with a 1.5ft gap at the top and bottom which makes you clearly visible, then, even worse a mirror on the wall facing into the shop allowing a view of both sides of a person changing.’

James argued the changing rooms were not suitable for his wife to get unclothed in to try the garments on, but claims he was told he ‘was wrong’ and that ‘due to the way I had spoken there was nothing he would do’.

James said: ‘I fully admit I was firm in my resolve and wouldn’t let it lie, however, I was not rude, nor did I swear, raise my voice or be otherwise inappropriate.

‘I just stated I think this situation should require a refund.’

After putting in a formal complaint, Sports Direct told James the gaps in the door were for safety and security reasons and had a policy of not exchanging underwear or swimwear for hygiene reasons.

But James, who works as a technical consultant, said a huge company like Sports Direct should allow customers some privacy when trying on clothes.

He said: ‘I truly think it is unacceptable of a company to expect women to strip completely naked in order to try on swimming attire in a changing room facing the shop floor with mirrors providing direct viewing of them. 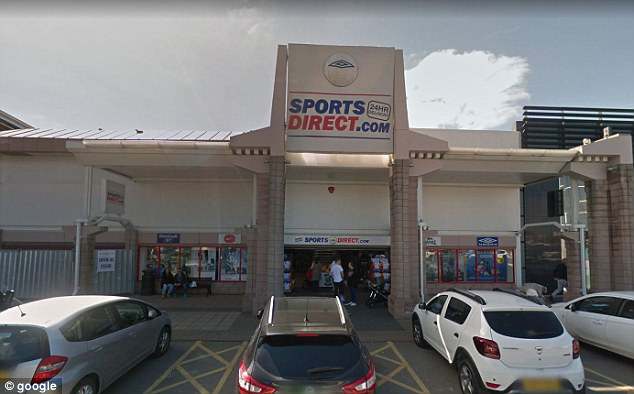 ‘I’d accept the reason for the gaps being in place if the rooms were shielded from the shop floor.

‘Again with security I understand their concern, this is easily overcome by placing a member of staff who counts in and out the clothing like all the other stores at Teesside Park.

‘But I do not agree that these are acceptable, my wife’s breasts would have been on full display to the shop whilst she tried on swimming wear.

‘As such I believe that without suitable changing facilities being available Sport Direct have breached my consumer rights – they obviously disagree.’

Women on social media have begun to agree and called for change. 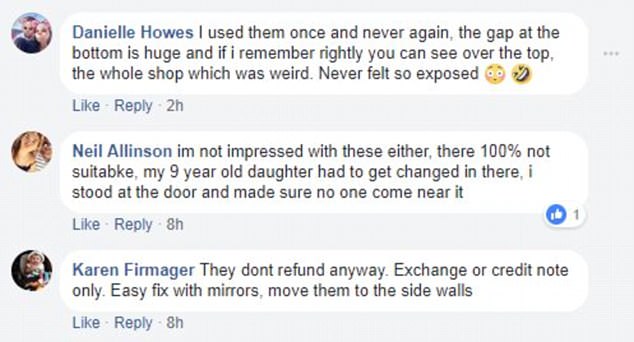 Facebook users revealed their own experiences of the changing rooms, with one woman revealing she made the same complaint three years ago

Joan Phillips wrote: ‘Anyone else been to Sports Direct to try on swimwear? Make a complaint about this.

‘These are completely unacceptable as changing rooms. The mirrors need to be moved and staff members need to be posted next to them so that people cannot just look inside.’

Another woman named Danielle Howes said: ‘I used them once and never again, the gap at the bottom is huge and if i remember rightly you can see over the top, the whole shop which was weird. Never felt so exposed.’

Lindsey Maughan said she raised the issue three-years-ago: ‘I complained about the same thing in 2015 at their Middlesbrough store and they said that they were going to change the doors for taller ones and move the mirrors. Clearly they did not. Underage girls and children also use these changing rooms! ‘

A spokesperson for Sports Direct said: ‘We cannot comment on individual cases.

‘However, we pride ourselves on good customer service, and where a customer contacts us we are always willing to listen to their concerns.’