Victorians have the strongest sense of identity with their state of anybody in Australia, according to research that claims COVID-19 has deepened parochial sentiment and made it easier for state governments to shut their borders.

Victorians’ sense of attachment to their home state contrasted with people from NSW, who were more likely to identify as Sydneysiders or Australians, the research found.

“Most city dwellers identify strongly with their state,” the researchers said. “Brisbane residents consider themselves Queenslanders and Melburnians see themselves as Victorians.

“Sydney residents are the outliers, identifying strongly as Sydneysiders but much less so as being from NSW.” 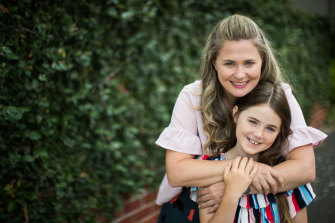 This was key to understanding why NSW stood out from other states in its approach to border closures in response to coronavirus outbreaks, the research paper said.

The paper, State and city Identification, was based on a survey of 2000 Australians by CT Group in late January.

Most states have been prompt to close their borders to other states that experienced a COVID-19 outbreak.

For example, Queensland, WA, South Australia and Tasmania all closed their borders to Victoria on Friday. But NSW declined to do so, instead tightening entry requirements for returning residents so that they must remain at home for five days.

The CT research revealed different perspectives among Melburnians and Sydneysiders about their respective home cities.

Melburnians are more likely to see their city as multicultural, sporting, fashionable and artistic.

Sydneysiders are more likely to believe the city is beautiful, fast-moving, global and success-oriented.

Ms Cavalier, a 43-year old mother of two, said she couldn’t picture herself living anywhere else.

“I just think we have such an endless supply of arts and culture. There’s always so much on offer,” she said.

“Even just coming out of COVID you’re seeing these events starting to pop back up – there are a few things on at the Sidney Myer Music Bowl, and things are happening again.”

Ms Cavalier didn’t think much about her identity as a Victorian until last year.

“The states have become so divided. It’s been like ‘we’re the Victorians and we’re in lockdown,’” she said.

“It’s a bit sad that the identity of Australia has been forced to be split up so much during a time when we really need to all come together and support each other,” she said.

“In the combat of COVID it feels really segregated. States are shutting borders on each other and really alienating each other.

“This is the biggest thing any of us have gone through and it’s a shame that we’re not really uniting and going through it together and supporting each other,” she said.

The 36-year-old moved from Nowra to Sydney as a teenager and hated it at first. But then she fell in love with the city and now says she couldn’t live anywhere else unless she was ready to retire.

“I love helping people, I love the chase, it just excites me,” Ms Smith said. “I’m very much ingrained in what I do – real estate is the long game.”

She said the nation feels divided because of the state-based approach to fighting the pandemic. However, she does not believe there is any serious threat to national unity.

“I’d like to think that we were able to work together as a nation previously and will do in the future,” she said.