SPORTY Kate Middleton today showed how it's done as she took a boxing class and raced young athletes at the London Stadium.

The Duchess of Cambridge donned sneakers and tied her hair back as she joined the track and field activities at the Olympic Park arena. 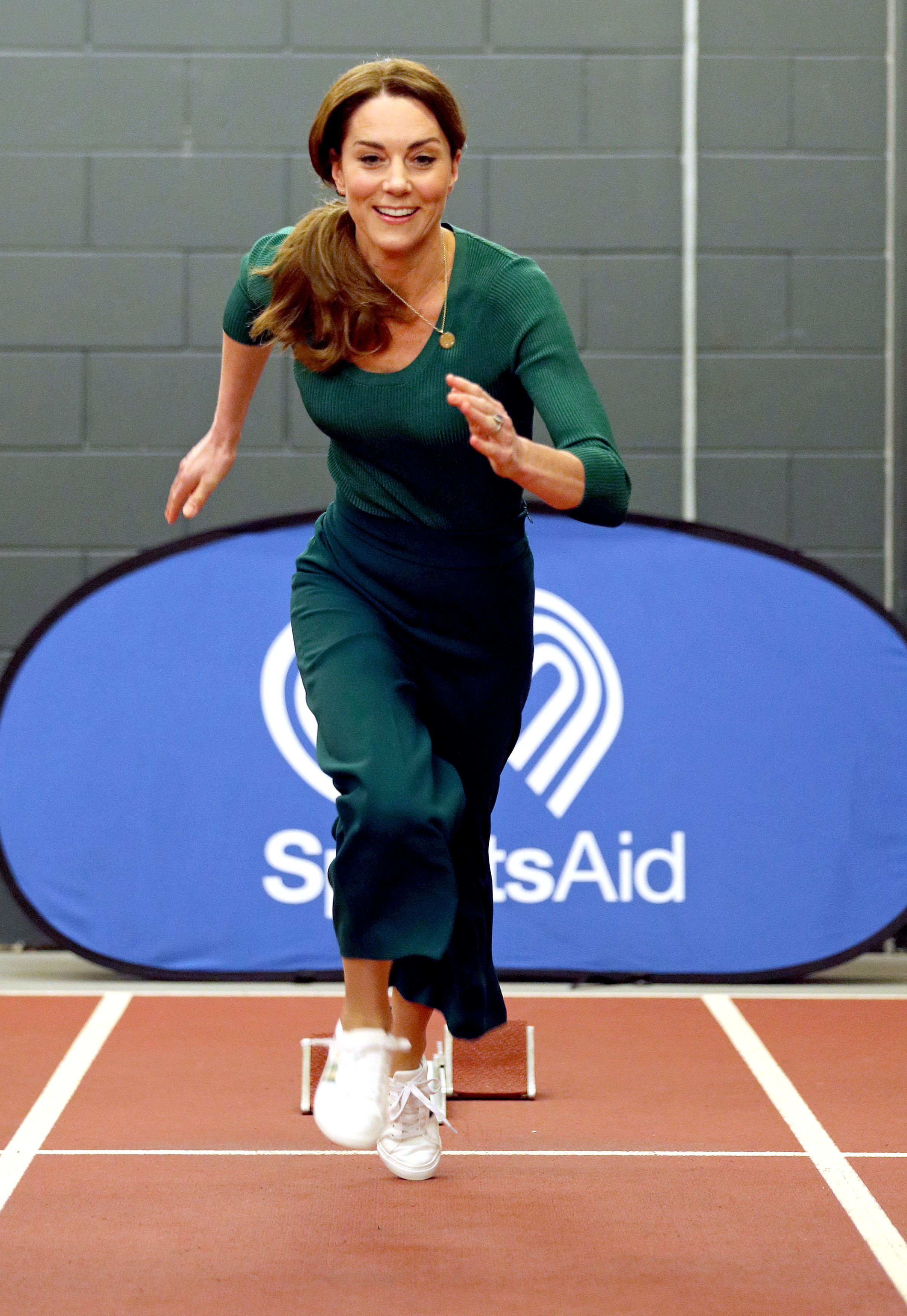 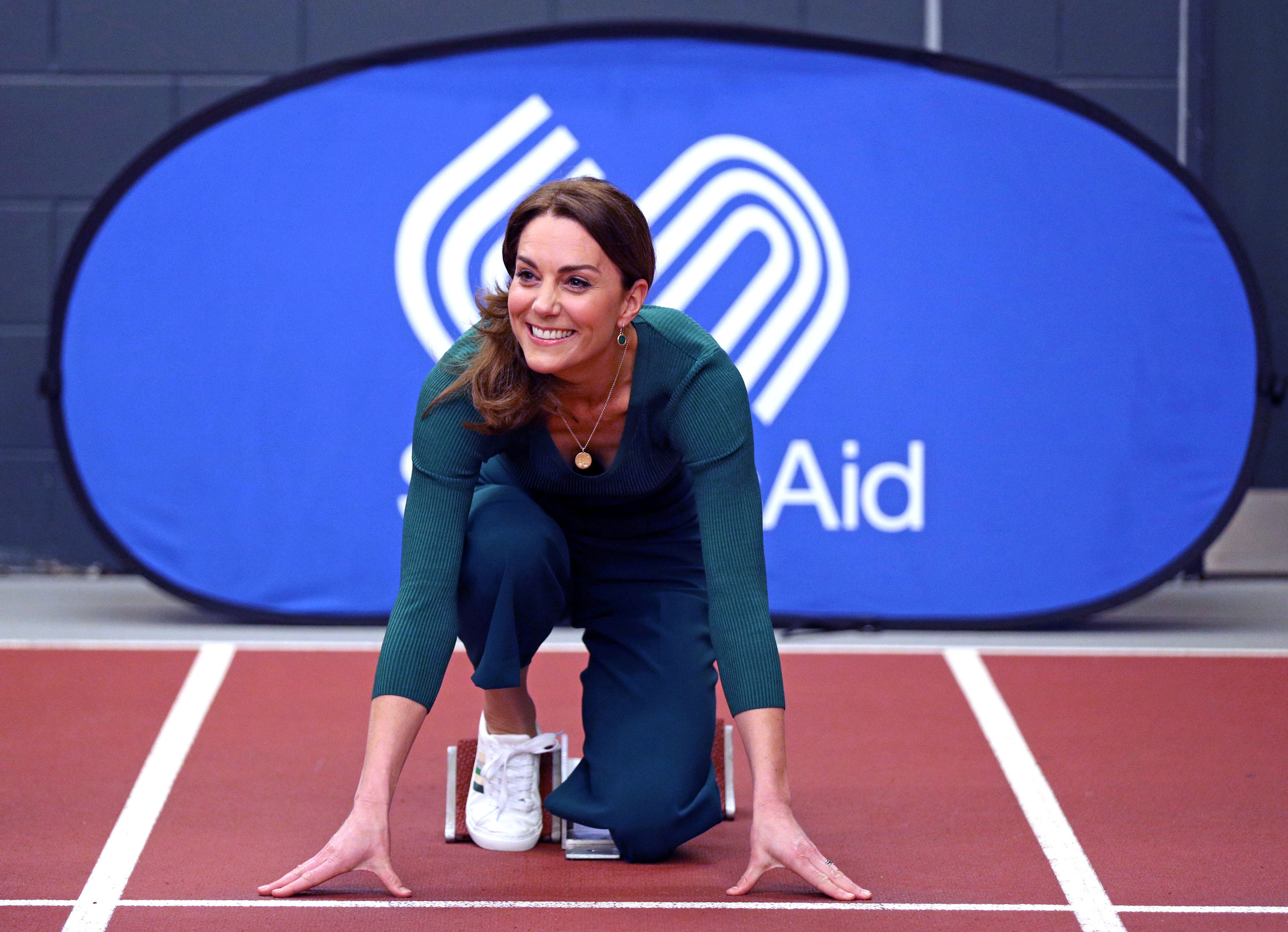 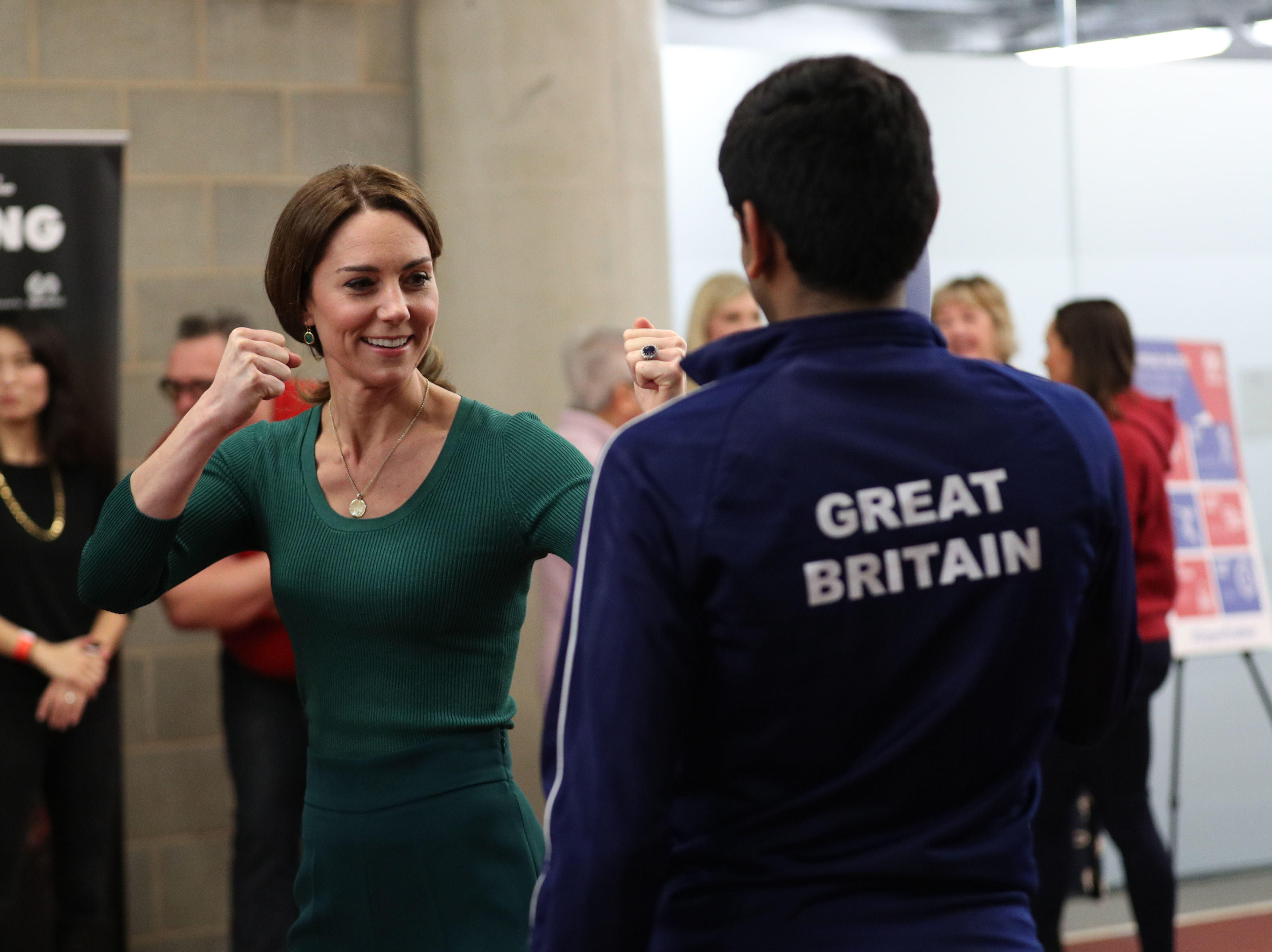 Wearing a trendy all-green outfit, Kate made sure to get hands on during today's visit as she joined boxing training.

And she left Olympic gold medal hopeful Lutalo Muhammad joking about her "mean right hand" after the taekwondo competitor showed the duchess how to throw a punch.

He added: "She did well actually, I must confess a lot better than expected.

"Her right hand is mean, I hope she never has to use it for self-defence but at least she's got some skills now."

And the athlete later tweeted: "That punch had power! Let me know if you want another lesson!.

Kate, 38, also appeared keen to learn about the training for para-athletes – even taking to the starting block to sprint today.

And Kate burst out laughing as she crossed the finish line with some of the youngsters including coach Coral Nourrice, Jessica Ennis-Hill, Danny Sidbury and Emmanuel Oyinbo-Coker.

Sprinter and para-athlete Oyinbo-Coker later said: "She's not bad for a rookie".

Coach Coral Nourice added: "She was quite excited, that's why she wanted to have another go. I think she enjoyed it.

"You could see by her face, I don't think she fazed by it at all." 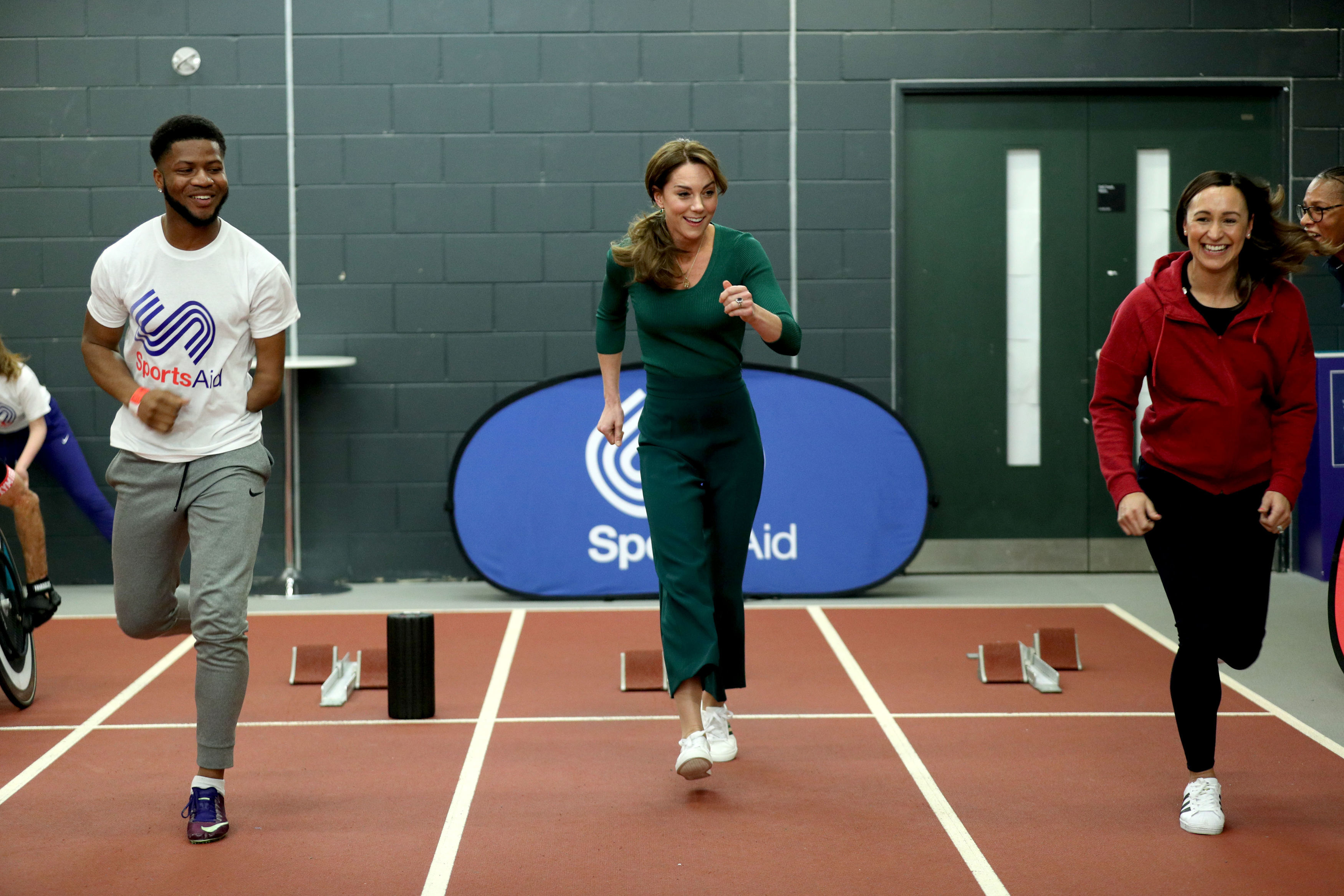 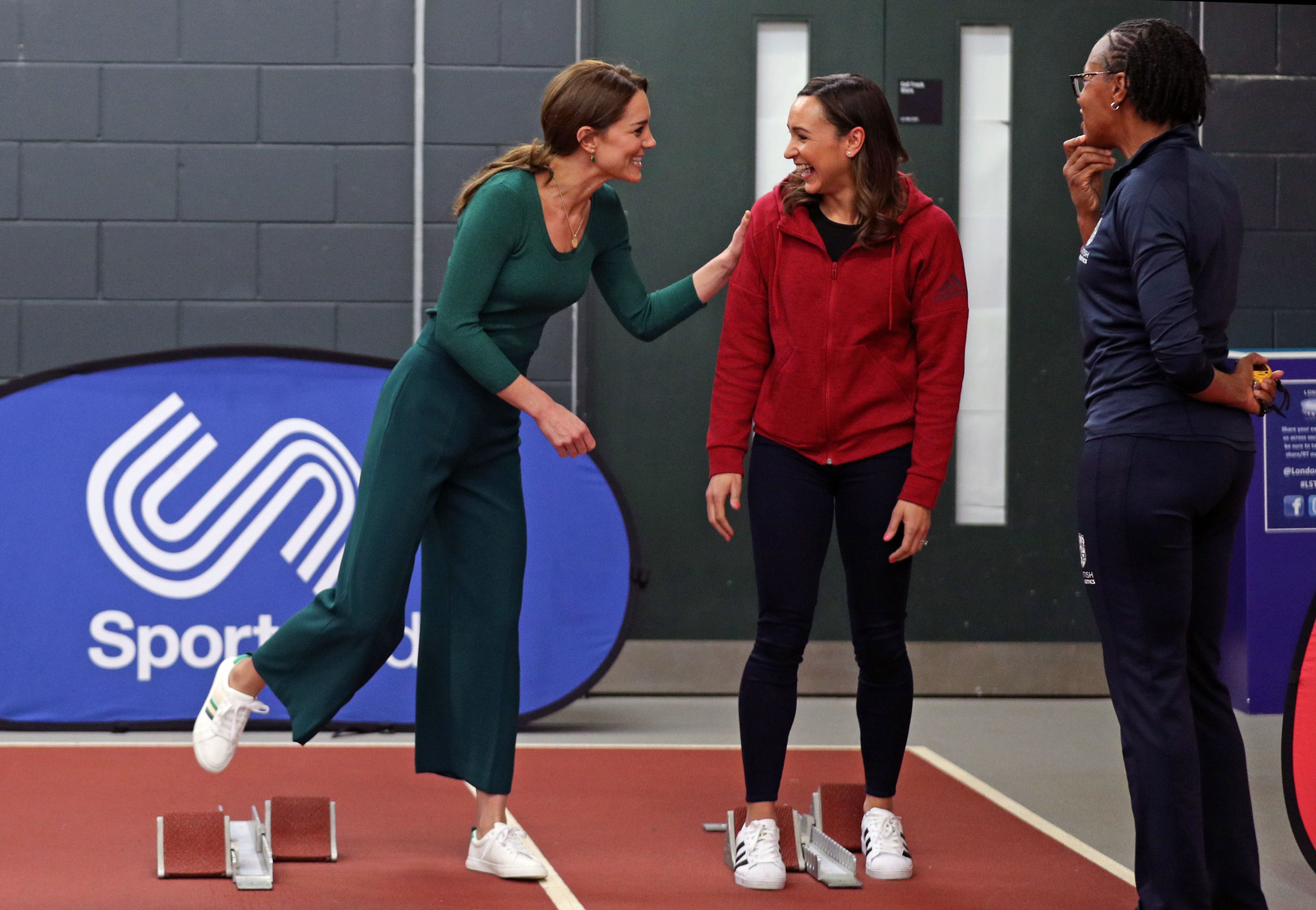 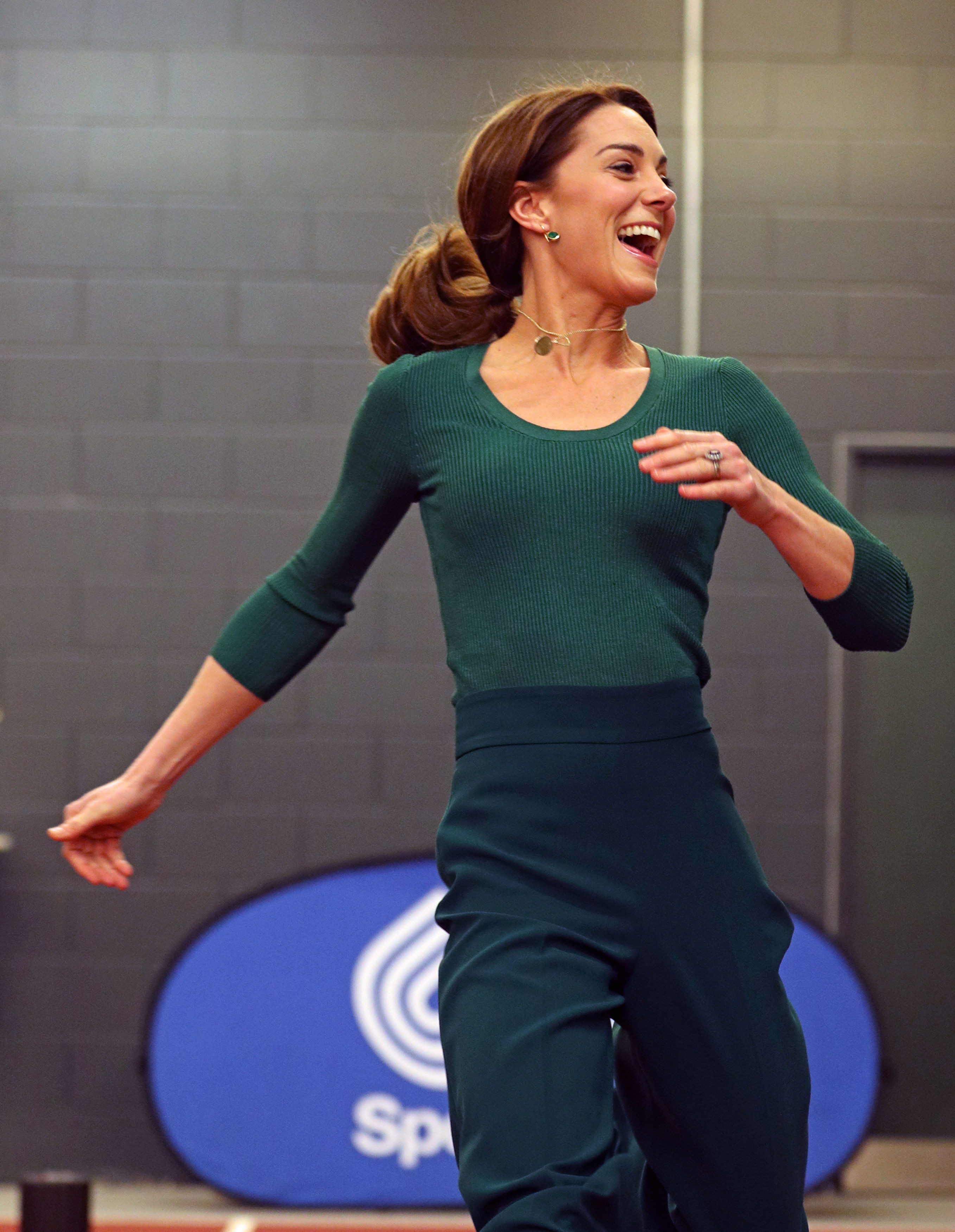 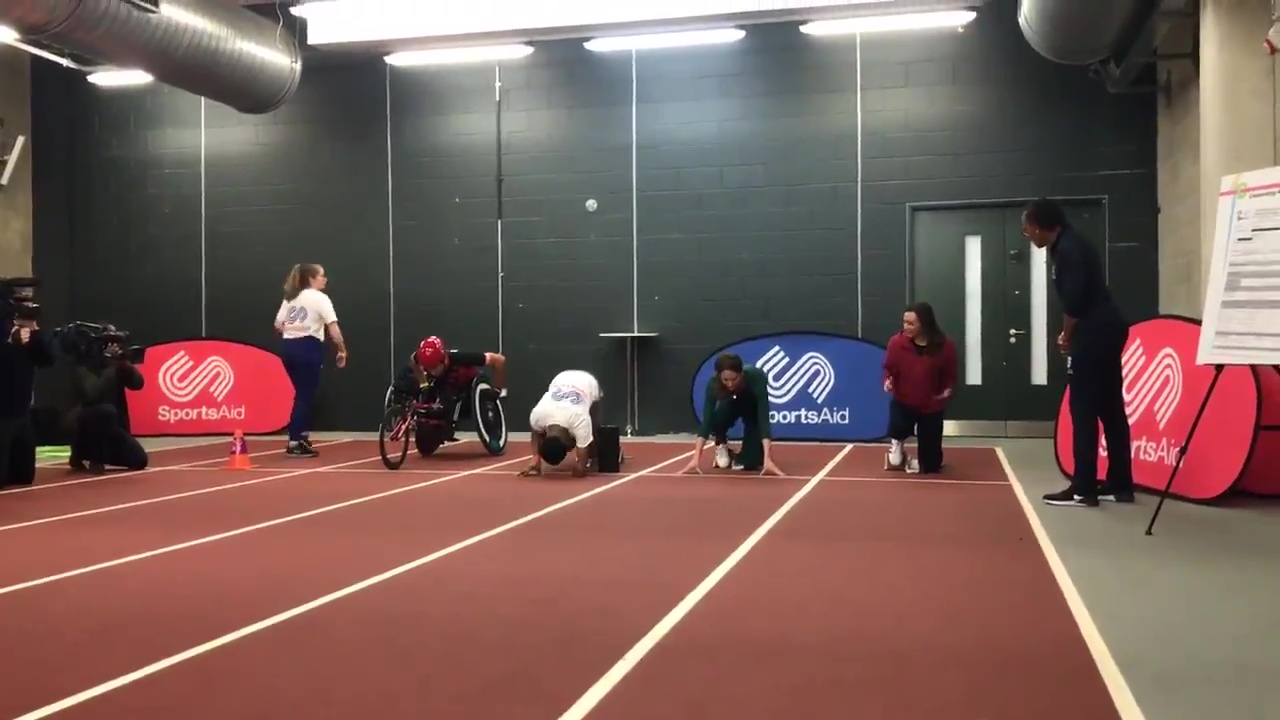 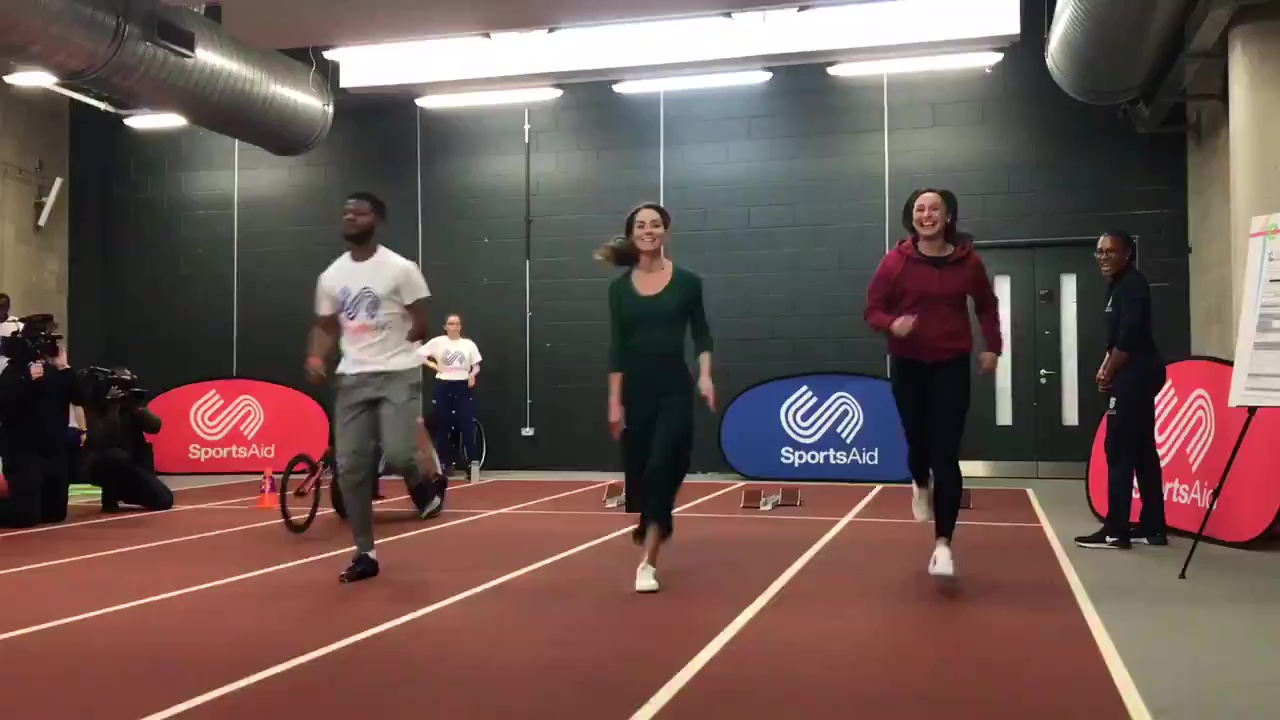 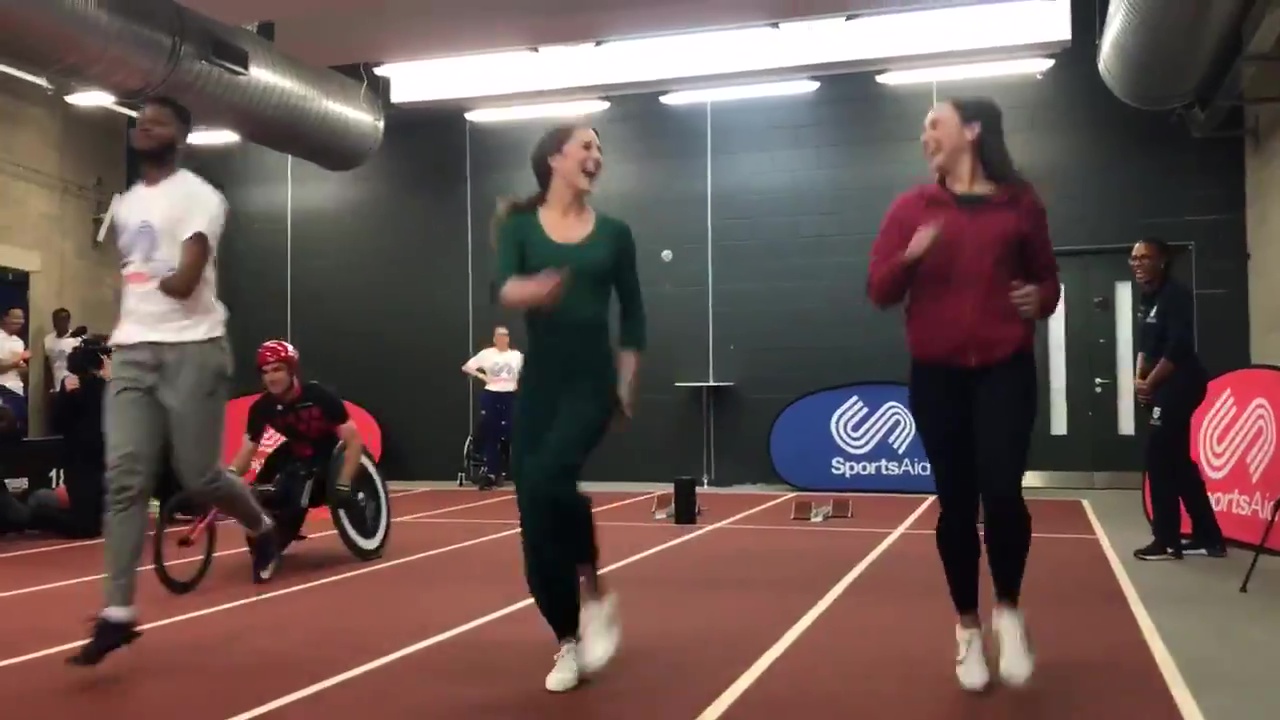 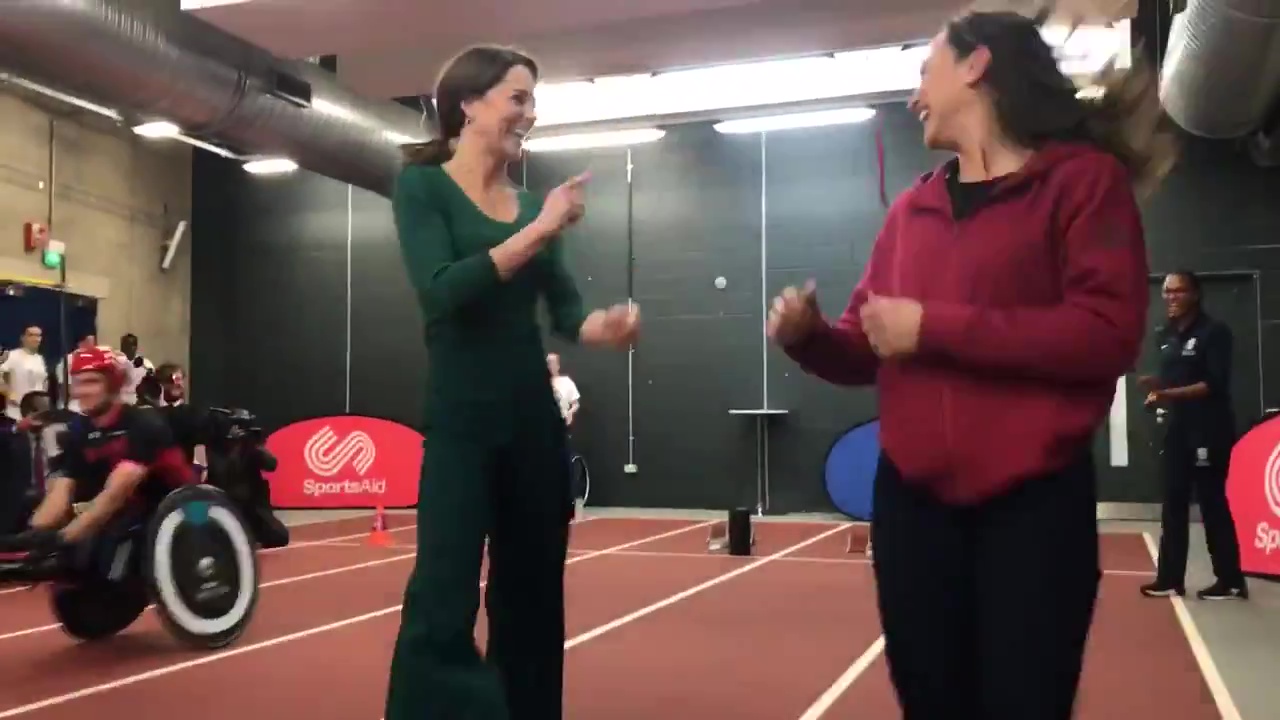 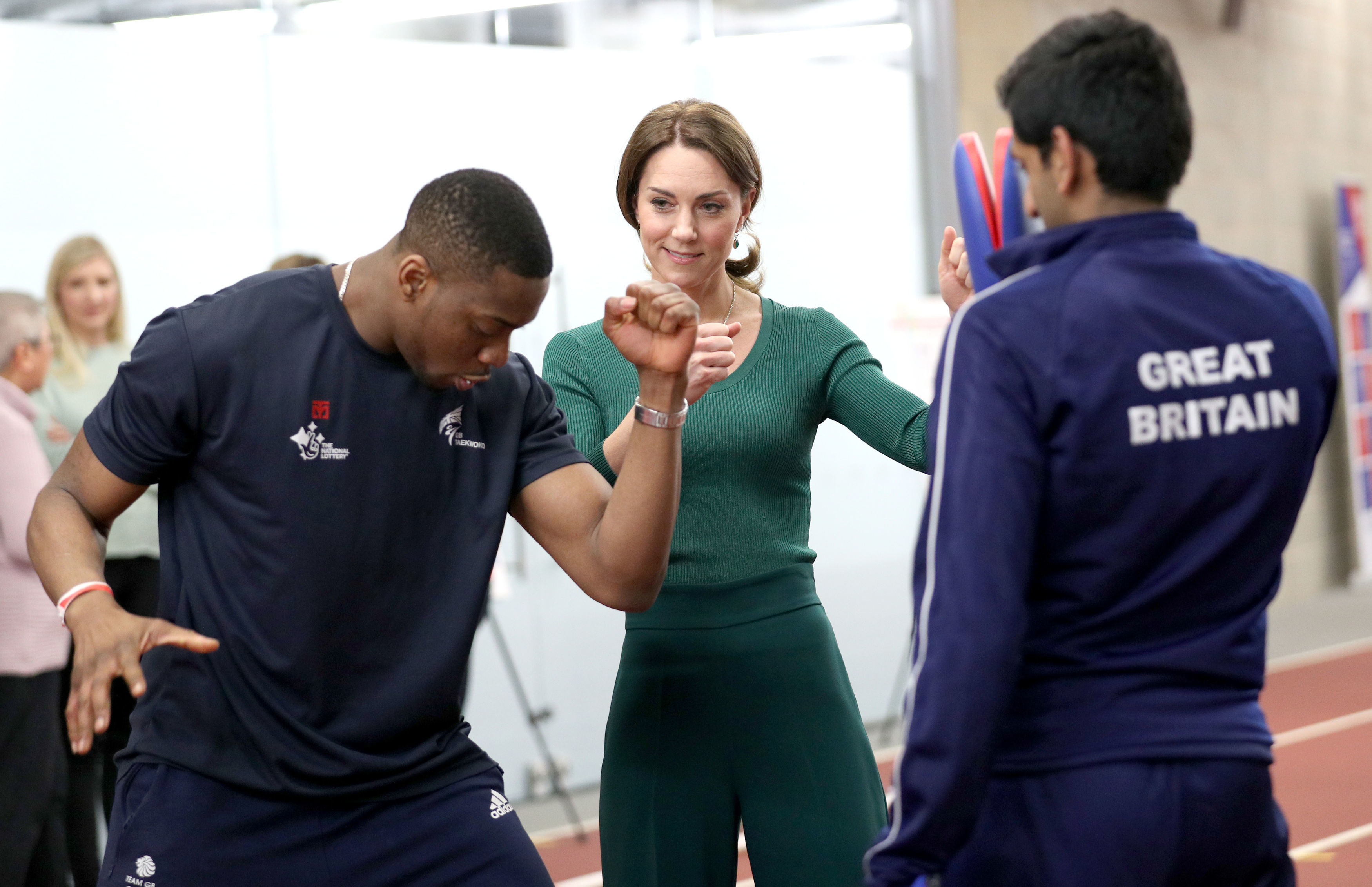 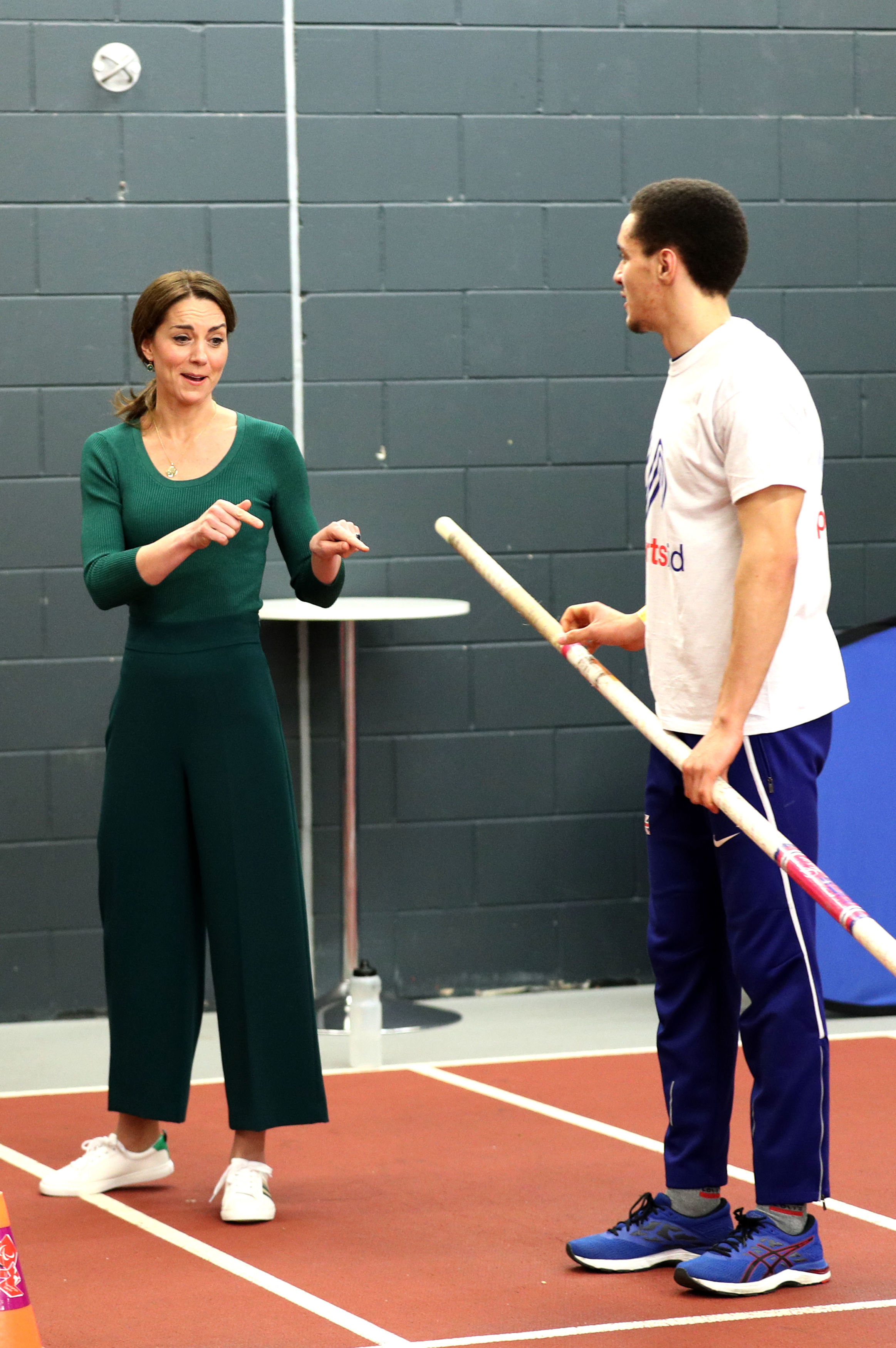 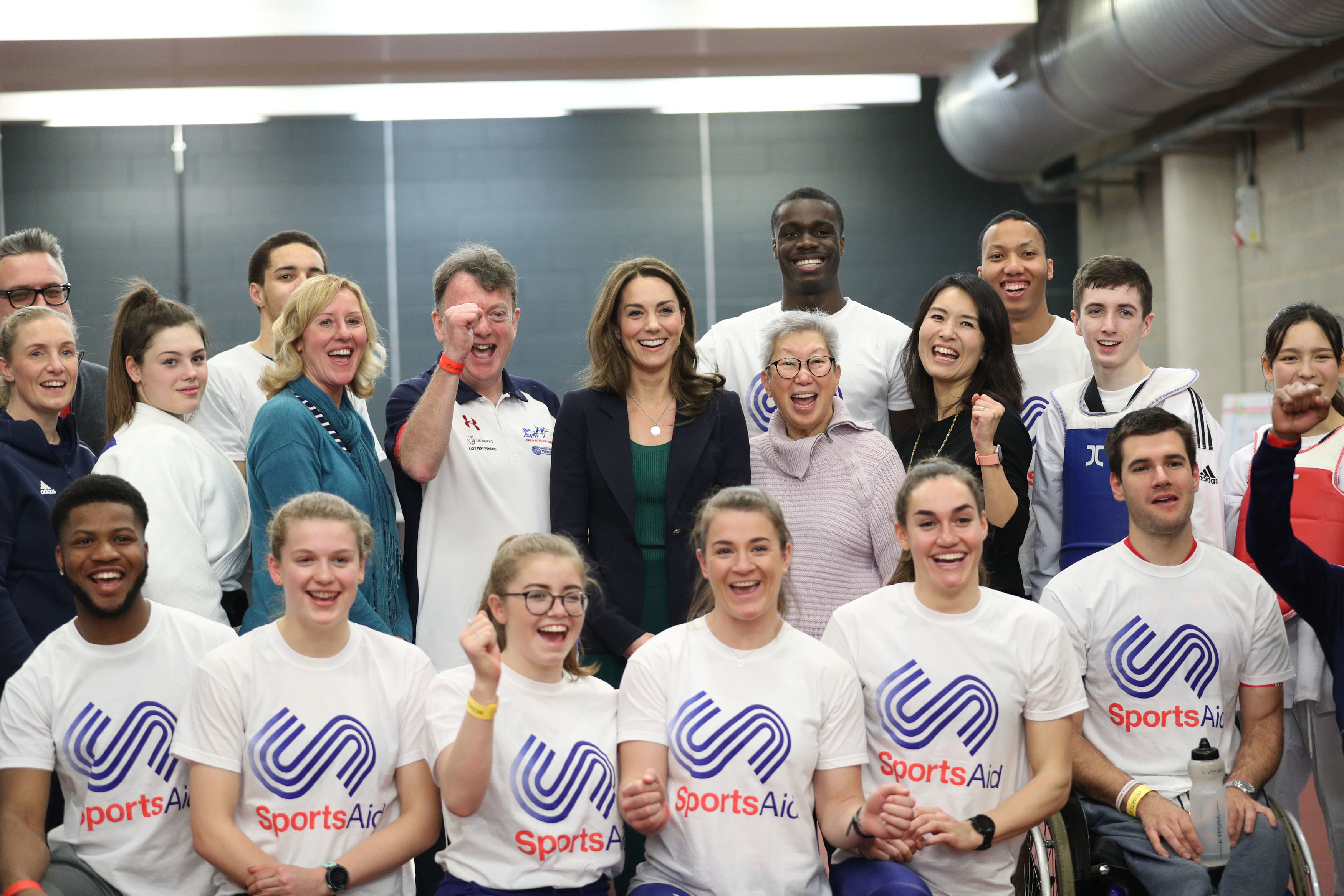 The duchess, the patron of SportsAid, seemed comfortable in the sports centre, having previously competing in rowing, swimming and tennis.

And she grinned as she toured the London Stadium at the Olympic Park in Stratford this morning.

The mum-of-three this year has been focusing on the importance of early childhood experiences, even launching a survey to focus on the impact of the early years.

Her Royal Highness then met with parents and guardians of SportsAid athletes, past and present, to hear about their experiences, the challenges that they face, and about the impact of the support they receive from the charity.

She will also have an opportunity to listen to a panel discussion involving athletes, parents and guardians.

It's been a busy week for the duchess, who last night headed to a play in London about mental health.

She and husband Prince William chatted with guests outside the Noel Coward Theatre at a special charity performance of the Tony award-winning hit musical Dear Evan Hansen.

Prince William was also out and about today, donning a high-vis jacket for a visit to the Tarmac National Skills and Safety Park in Nottinghamshire.

The Duke of Sussex returned to Britain last night for the first time since securing Megxit that will mean he and Meghan Markle won't be able to use the word Royal for their future trademarks.

As part of the Megxit deal, Harry must ditch his honorary military positions for at least 12 months.

They have been allowed to keep their HRH titles but have been forced to accept that they will not use them publicly as they tout for business around the globe.

The Sussexes have already agreed to repay the £2.4million of taxpayers’ money used to refurbish their Frogmore Cottage home in Windsor and are expected to pay a commercial rent for it of about £30,000 a month. 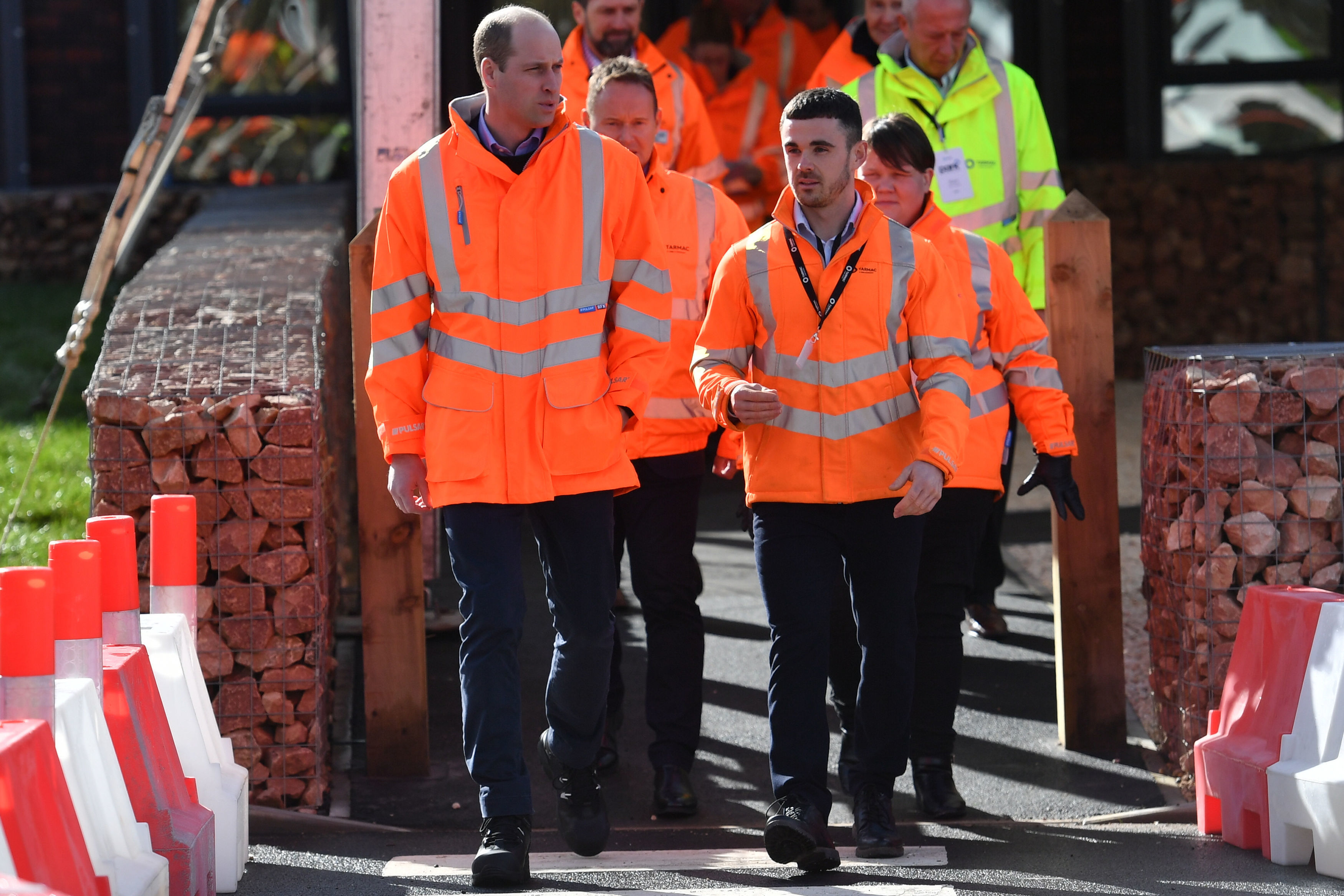 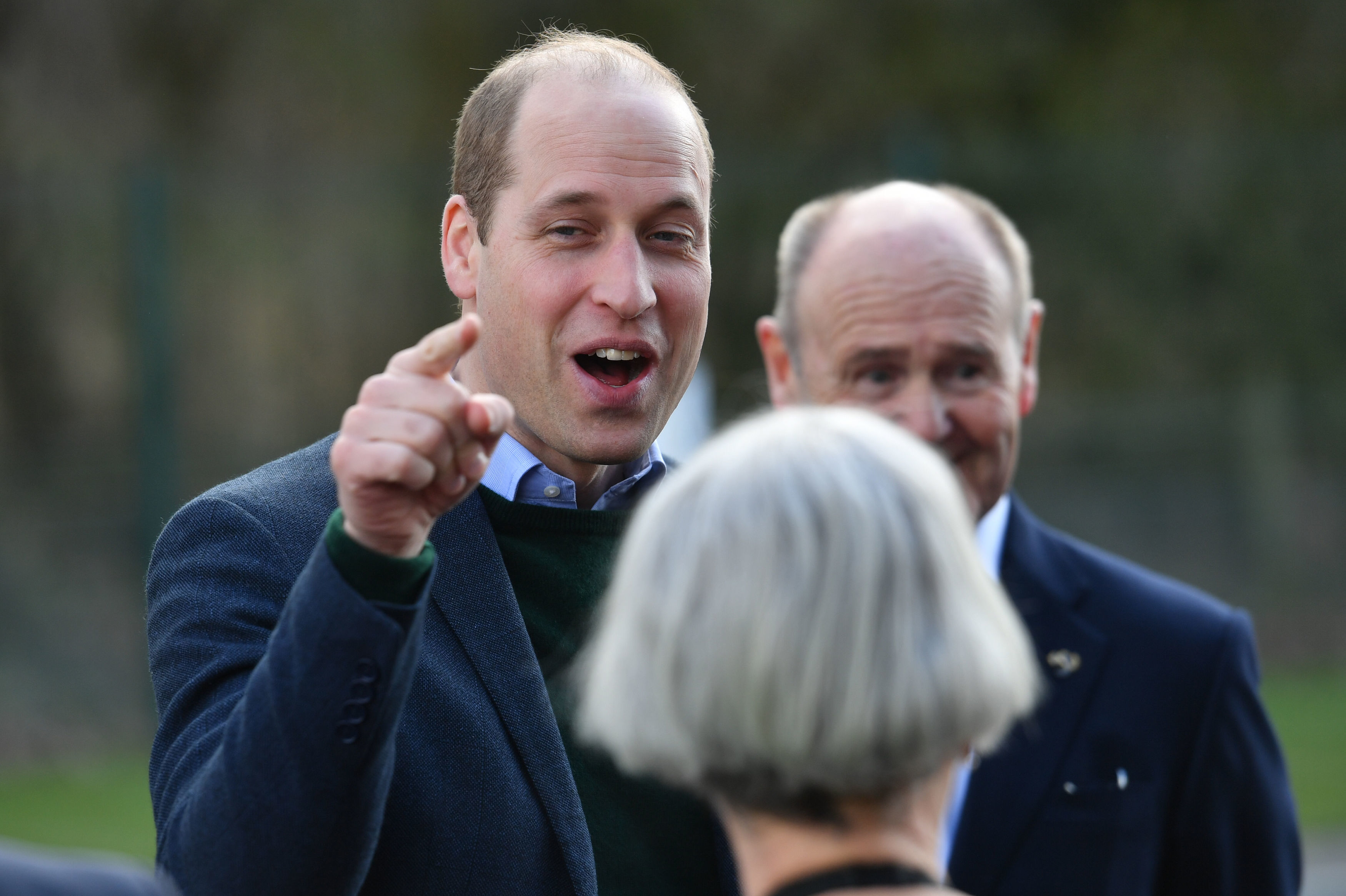 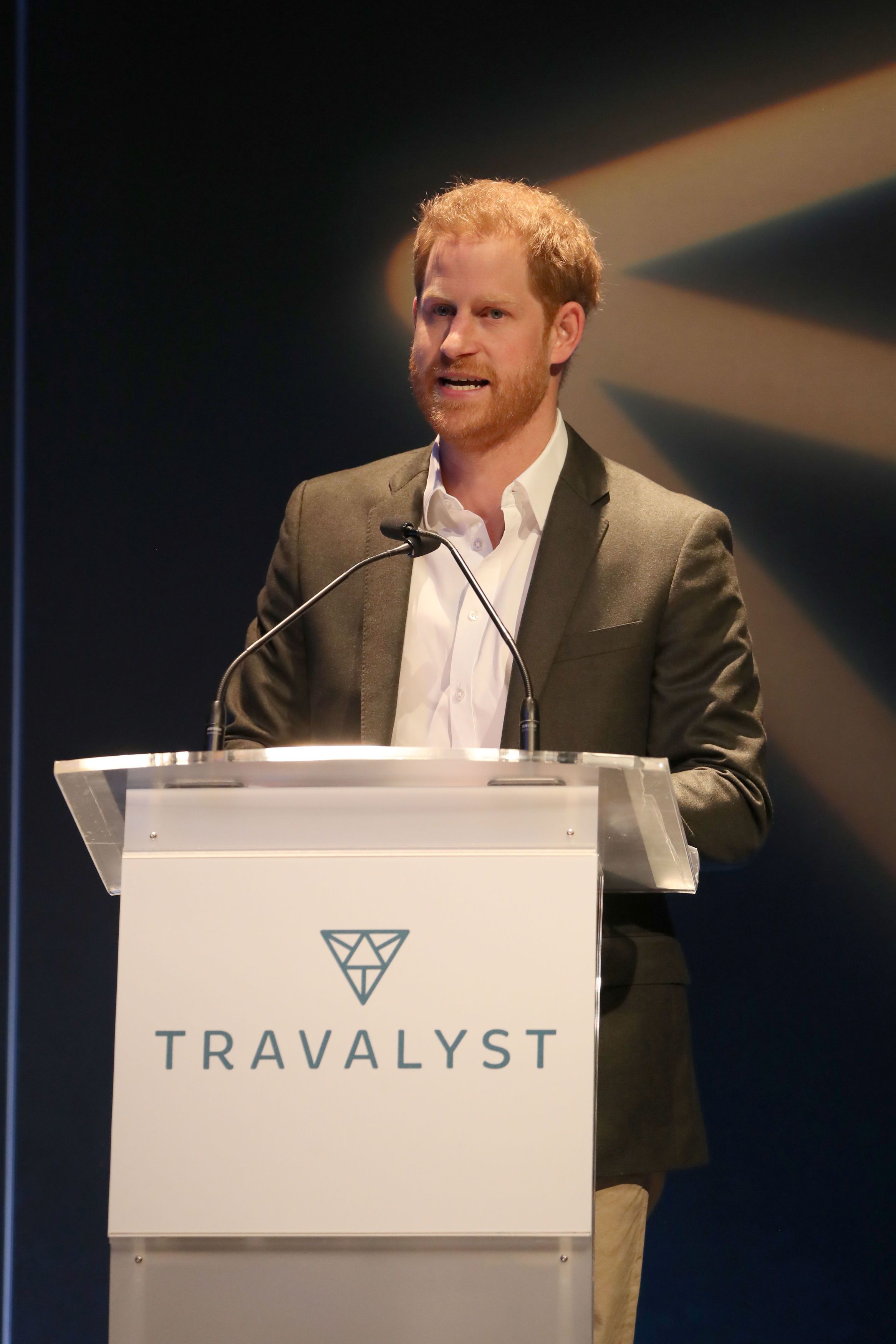