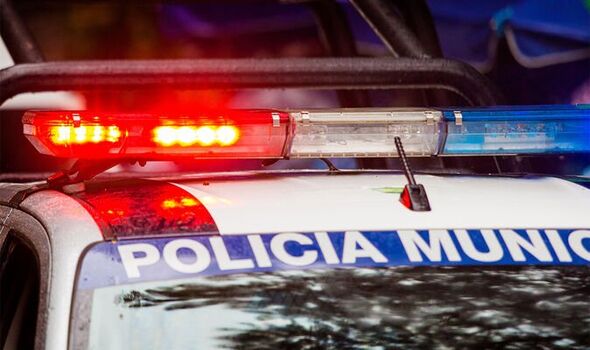 The bodies were discovered when a group of sanitation workers were cleaning a road.

It was behind the resort town’s residential development of Villas del Sol, four-and-a-half miles from the beach and hotel zone.

Reports held all four of the victims discovered were male.

Crime scene photos, leaked and picked up by local news outlet Quinto Poder, showed two of the men lying next to each other on the road.

The other two victims were abandoned near a pile of garbage left strewn across the edge of a sidewalk lined with trees, close to where the government’s Mayan Train project is underway.

The Quintana Roo State Office of the Attorney General said in a statement that none of the four victims had gunshot wounds.

A full autopsy will be done to determine the causes of death.

Local police have now erected a cordon around the scene and the Mexican National Guard has been called in to assist inquiries.

Earlier in March, a British estate agent was gunned down in Playa del Carmen.

Chris Cleave, 54, was driving his red Audi through the resort of Playa del Carmen on March 12 when he was ambushed by two men who opened fire on a motorbike.

The property mogul was killed after a bullet hit him in the head, while his teen daughter, who was with him at the time, was taken to hospital with minor injuries.

Police sources reportedly said the girl was hit in the front passenger seat.

Mr Cleave’s brother, Nick, 56, told the MailOnline: “I’ve spoken to his daughter – she is out of hospital now.

“We will give all the care she will need after seeing her father gunned down.”

Ru ssian tank driver RUNS OVER his own commander

The young woman was pulled from the sea’s strong currents and taken to a hospital where she was pronounced dead, according to Riviera Maya News.

She was reportedly at the beach in the Cancun Hotel Zone with her boyfriend when she started struggling in the water.

Hotel staff pulled her from the water and requested an ambulance after the boyfriend ran for help.