Ten Democratic presidential candidates will take the stage tonight for the first of two debates in Detroit.

Sen. Bernie Sanders, I-Vt., and Sen. Elizabeth Warren, D-Mass., will be in the spotlight as the “progressive powerhouses” battling for the same ideological lane, but don’t expect the more moderate Democratic hopefuls to stand quietly in the wings, ABC News Deputy Political Director MaryAlice Parks tells “Start Here,” especially on issues like “Medicare for All.”

“They’re going to say they’re the ones that actually know how to get things done and these two in the middle are kind of all hopes and dreams,” Parks tells us. “There’s some real fundamentally different ideas about what the party should stand for and actually quite a lot of ideological difference that’ll be represented onstage.”

2. Searching for answers in Gilroy

Police in Gilroy, California, are now looking at what Santino William Legan posted on social media before he allegedly shot to death three people and injured more than a dozen others at a food festival on Sunday.

Some of the 19-year-old’s Instagram posts included white supremacist messaging, law enforcement officials briefed on the probe told ABC News. Legan also criticized the Gilroy Garlic Festival in an entry that appeared to have been posted while he was at the event, and showed crowds of attendees. The account has since been taken down.

Police said Legan evaded security and metal detectors by cutting through a fence and sneaking onto the festival grounds. Officers arriving on scene were forced to shoot him immediately, killing him.

Investigators who are trying to determine why Legan allegedly opened fire do not believe the posts prove the motive was an act of domestic terrorism.

Brad Garrett, an ABC News crime and terror analyst and a former FBI agent, notes a “revenge motive factor” is common in these types of shootings: “It’s all driven by a hatred of … either it’s individuals, or it’s a particular group of people, or sometimes it’s just that they’re mad at the world.” 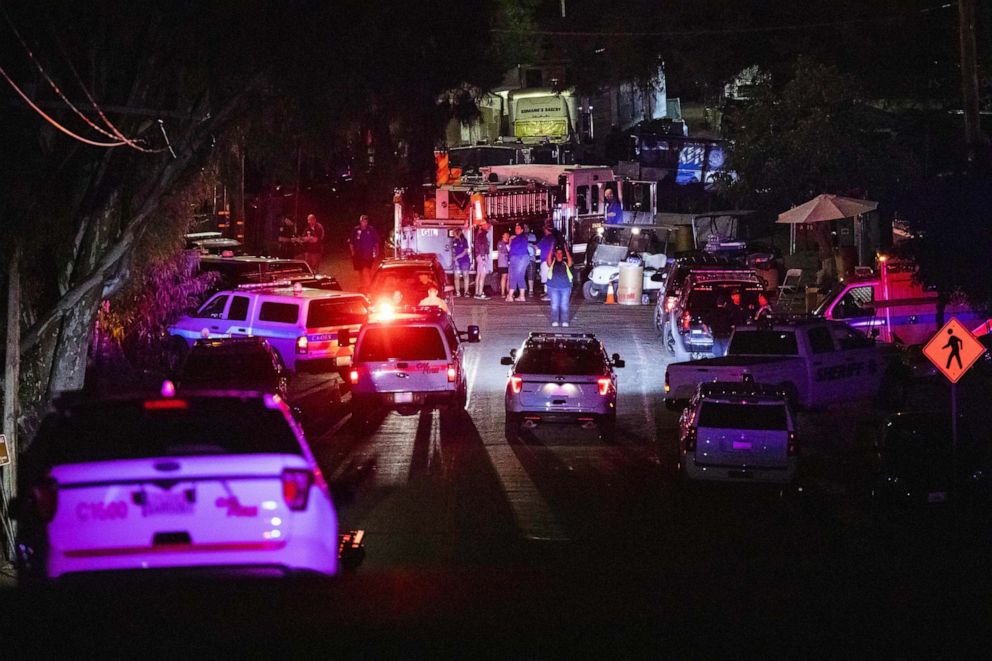 A doctor of Vladimir Putin critic Alexey Navalny is insisting that the opposition activist was poisoned after he was taken to a hospital from prison for severe swelling of his face and a rash all over his upper body.

“What happened to Alexey was a toxic reaction to an unknown chemical agent,” Vasilyeva said. “Alexey has had negative allergy tests for his whole life. He is in principle not allergic. At all.”

“When a Russian opposition leader says, ‘I’ve been poisoned,’ you have to kind of take it seriously,” Reevell says on today’s podcast.

The hospital declared Navalny was healthy enough to return to jail to serve a 30-day sentence after he was arrested on charges of organizing unauthorized demonstrations. The protest he called for led to over 1,000 arrests on Saturday. 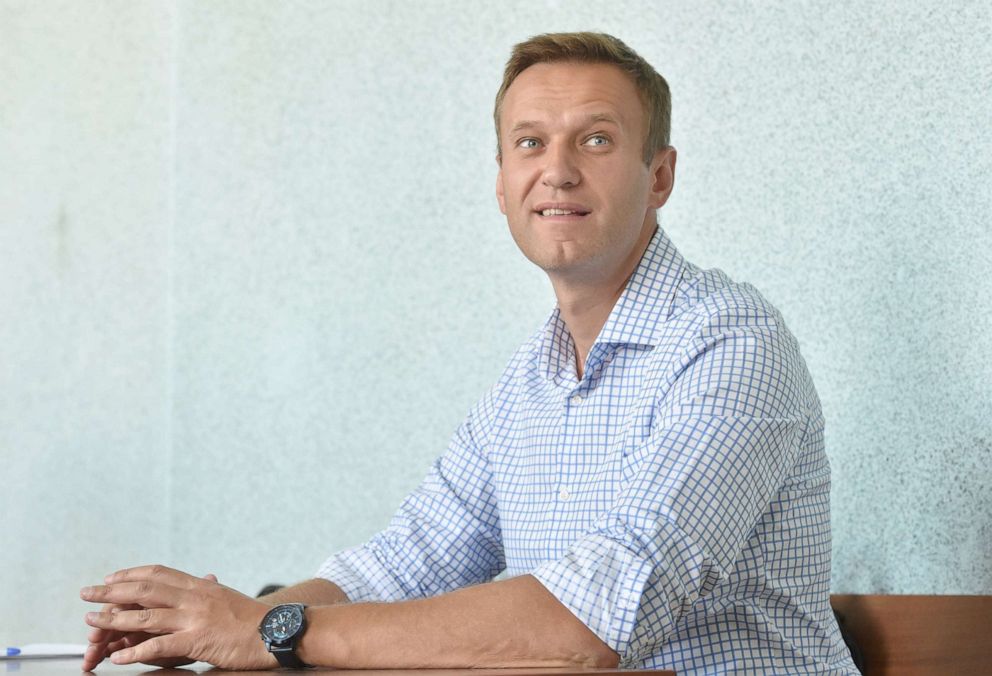 Many Instagram users are flocking to the world’s most picturesque natural wonders to capture their trips and some selfies on social media, but as these locations gain more exposure online, some risk damage from overcrowding, conservationists say.

“Usually there’s a huge line of people lining up to take that solitude photo,” ABC News’ Maggie Rulli says. “It’s not what it appears on Instagram.”

Instead of visiting the more viral destinations, park rangers want tourists to “think outside the social media box” to experience their wanderlust, according to Rulli, who followed the advice for a story appearing on “Nightline.”

“We went to the North Rim of the Grand Canyon, the much-less-visited area compared to the South Rim,” she says. “When we were there, there was practically nobody. … This is the kind of solitude that people are talking about.” 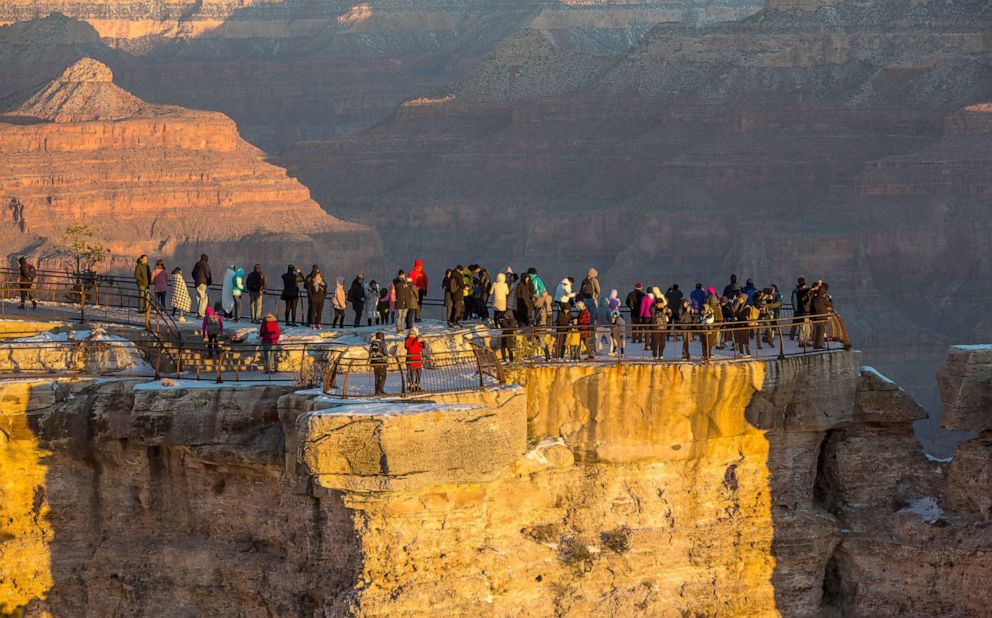 ‘I don’t think I’ve ever met John Ratcliffe’: Donald Trump’s pick to run the national intelligence agency appears to have misrepresented his credentials for the post.

‘This can happen to anyone’: A 17-year-old attacked by a bison during mating season describes the encounter.

15% is not a magic number for primary delegates: If you hear the phrase “delegate math” and remember 2016, you might have some nightmares.

Beverly Mylek and Brenda Sutton, two adventurous grandmas, took to the sky together to check an item off their bucket lists: jumping out of planes from more than 13,000 feet.

“I just like something exciting, and I’ve not done too many exciting things so it sounded good,” said Mylek, 78, of Toledo, Ohio. “This will be something I’ll never ever forget … if I make it!” 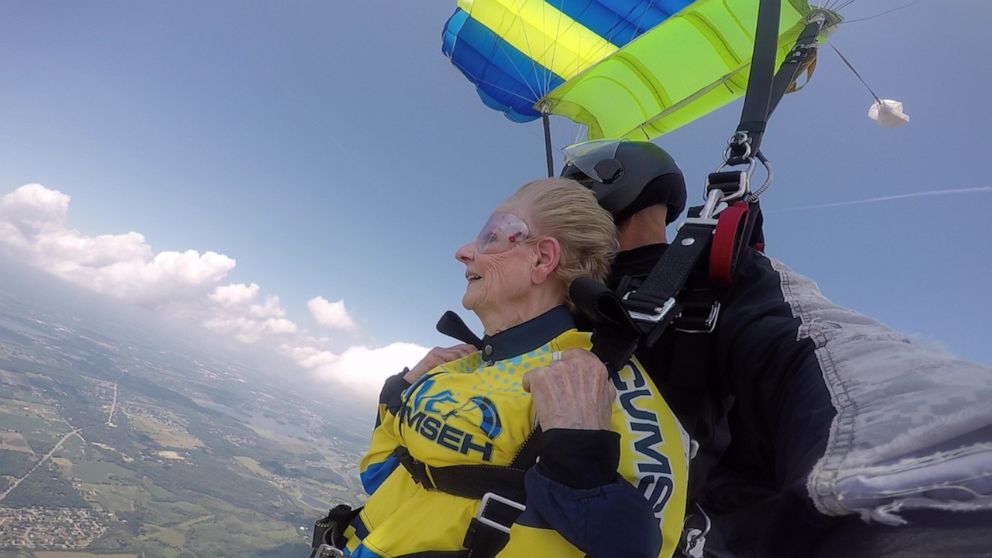 For Mylek, fulfilling her skydiving dream comes after a lifetime of hard work. She owned and ran a comfort food restaurant called Bev’s Kold Keg in Swanton, Ohio, before it folded. She ran the business and kept her family afloat for decades after her husband experienced a brain aneurysm and could no longer work.

Sutton said she wanted to be pushed out of her comfort zone. As a teen, she said she always wanted to go skydiving but never had the opportunity.

“I’ve been in denial for a couple weeks, and now it’s here so I guess i’m going to really do it!” the 78-year-old said before the jump.