A huge hit with tourists: Startling moment humpback whale’s massive tail emerges from the water and SMACKS into inflatable boat

This is the astonishing moment a humpback whale’s enormous tail emerged from the water and smacked into an inflatable boat.

David Mulder was a passenger on the Zodiac whale watching boat near Brier Island, Nova Scotia when he captured the close encounter on camera.

The boat is initially seen travelling upon deceptively calm waters on September 2. 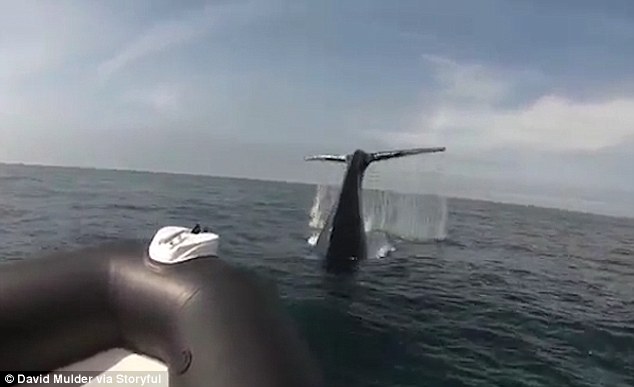 But moments later, the gigantic humpback’s tail emerged from the water – hovering momentarily in the sky before smashing down on the bow of the tiny boat.

The black dingy rocked violently for a moment before settling down as passengers looked around in awe.

The eight-passenger boat, captained by Guy Melville, is part of the Brier Island Whale and Seabird Cruises fleet.

He said the mammal was likely more than 15 metres long – more than double the size of his boat. 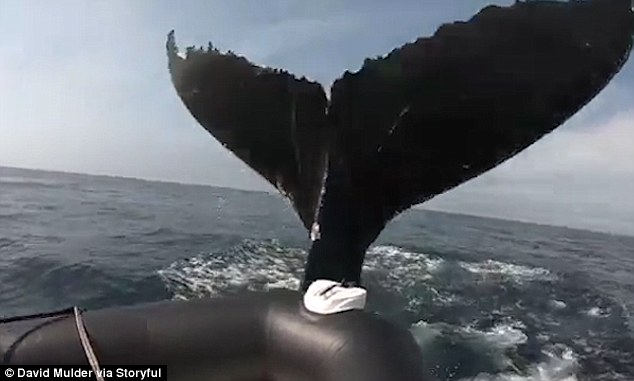 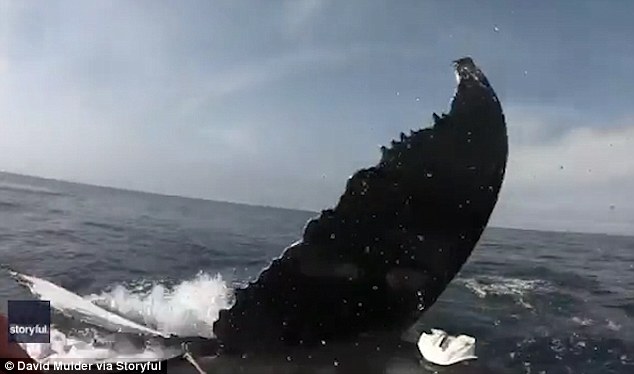 ‘Being incredibly intelligent animals, I think it was partly a curiosity move and partly a little bit of a dominance move.’

The incredible event comes after the federal Fisheries Department implemented new regulations requiring vessels to maintain a distance of 100 metres from most whales, dolphins and porpoises.

A further distance of 200 metres is required when approaching killer whales and 400 metres if a threatened or endangered species is sighted in Quebec’s St Lawrence Estuary.