One woman knows the secrets of the Russia summit: State Department translator was present for every moment of Trump’s dealings with Putin

There is an American besides President Donald Trump who was privy to the two-hour private meeting with Russian President Vladimir Putin – a government translator who sat in on the entire meeting.

Marina Gross, a State Department translator, was pictured along with Trump, Putin, and Putin’s translator at their Helsinki summit.

Interest in her role has only grown, after furious critics accused Trump of ‘treason’ for failing to push Putin publicly in any way at their Helsinki summit.

It was after that meeting that Trump emerged only to engage in a disastrous press conference where he took Putin’s denial of election interference over the conclusions of the U.S. Intelligence Committee. 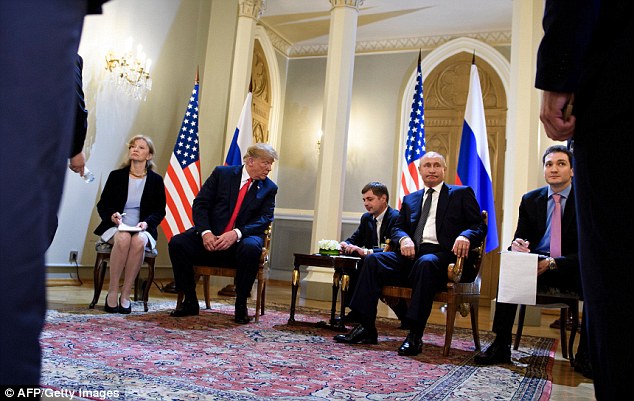 If the two men reached any understandings during their private meeting that they did not reveal in public, Gross – a taxpayer funded employee who like all federal civil servants takes an oath to protect the Constitution – would know about it.

The blowback for Helsinki was so fierce that Trump issued a uniquely rare walk-back, saying he meant to use a double negative and indicate Russia would be responsible for the election hacking.

Following the meeting, Putin declared that he supported Trump in 2016, and didn’t quite dispel belief he might hold leverage over Trump when he quipped: ”I do know how dossiers are made up.’ 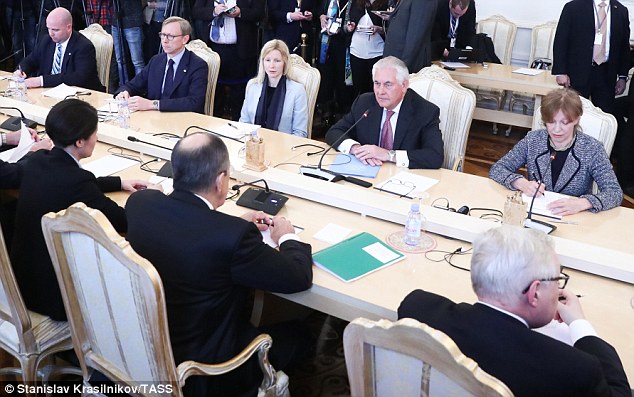 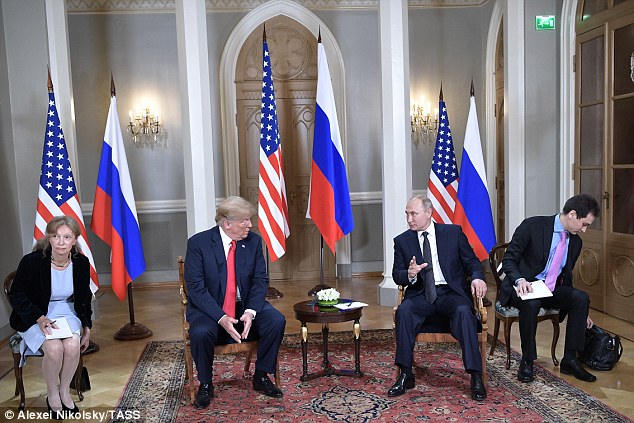 SHOOT I FORGOT MY TAPE RECORDER: Critics raised concerns about the lack of a note-taker. Some Democrats want Gross to testify

Her name wasn’t found in a State Department phone book.

Democratic Rep. Bill Pascrell of New Jersey wants to bring in Gross to testify before Congress

‘We need public testimony by the only American present at this meeting to ensure Trump did not further undermine our intelligence or law enforcement communities,’ he wrote, Business Insider reported.

‘Given the public concessions’ of Trump to Putin ‘by siding against the US intelligence community, law enforcement, and our military officials about Russia’s attack on our democracy, Congress and the American public deserve to know the details of their private conversation,’ he wrote.

‘Serving as a translator, it has been reported that Ms. Marina Gross was the only other American in the room and so the sole reliable witness to the conversation between the two world leaders.’

A Republican committee chair could try to call her to testify, but as the minority party, Democrats don’t have the ability to make her appear.

Added Democratic Sen. Jeanne Shaheen of New Hampshire: ”I believe the Senate Foreign Relations Committee should hold a hearing with the American interpreter who was present during President Trump and President Putin’s private meeting to determine what was specifically discussed and agreed to on the United States’ behalf.’