‘You have lost your mind!’: Stephen Colbert lays into Kanye for his declaration of ‘love’ for Trump during ‘dragon energy’ tweetstorm and says he ‘needs to put his phone down’

Stephen Colbert has accused Kanye West of losing his mind after a bizarre Twitter tirade saw him declare his love for Donald Trump on Wednesday.

The Late Show host, 53, slammed the rapper, 40, for a string of tweets he posted yesterday saying the president is his ‘brother’ and they share ‘dragon energy’.

Addressing viewers last night, he said: ‘I don’t know if you’ve checked Twitter today, but my Twitter feed is just filled with tweets from Donald Trump and Kanye West. Kanye is getting kind of political.’

His scathing comments come after Kanye gave an impromptu and decidedly free-styling interview to TMZ’s Harvey Levin to refute rumors he is suffering a mental breakdown. 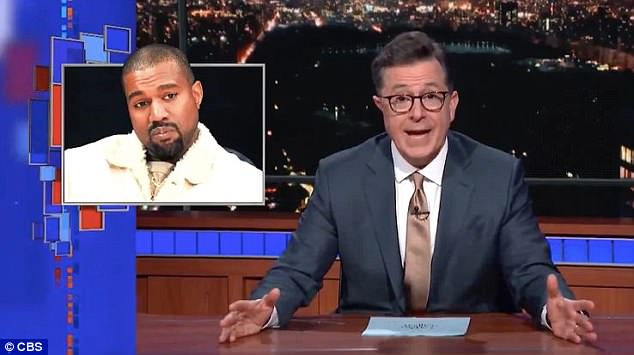 Late Show host Colbert (pictured right), 53, slammed rapper Kanye (left), 40, for a string of tweets he posted yesterday saying the President is his ‘brother’ and they share ‘dragon energy’

He continued by showing them a Kanye tweet of a ‘Make America Great Again’ cap signed by Trump, which said: ‘My MAGA hat is signed,’ with 30 fire emojis. 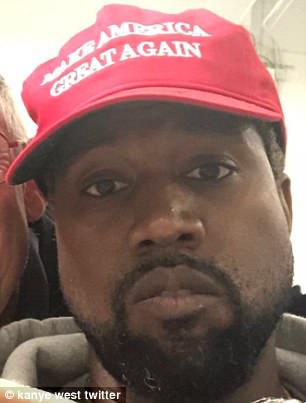 Colbert commented on the singer’s use of emojis, saying: ‘Now that is fitting, because that is the amount of times I would set that hat on fire.’

The presenter then pointed to a confusing tweet posted by Kanye, which read: ‘You don’t have to agree with trump but the mob can’t make me not love him.

‘We are both dragon energy. He is my brother. I love everyone. I don’t agree with everything anyone does.

‘That’s what makes us individuals. And we have the right to independent thought.’

Colbert said: ‘I think Kanye is lobbying for a job as Trump’s new communications director. He could just change his name to KellyAnne Kanye.

‘Yes we do have the right to independent thought and I independently think that Kanye has lost his mind. 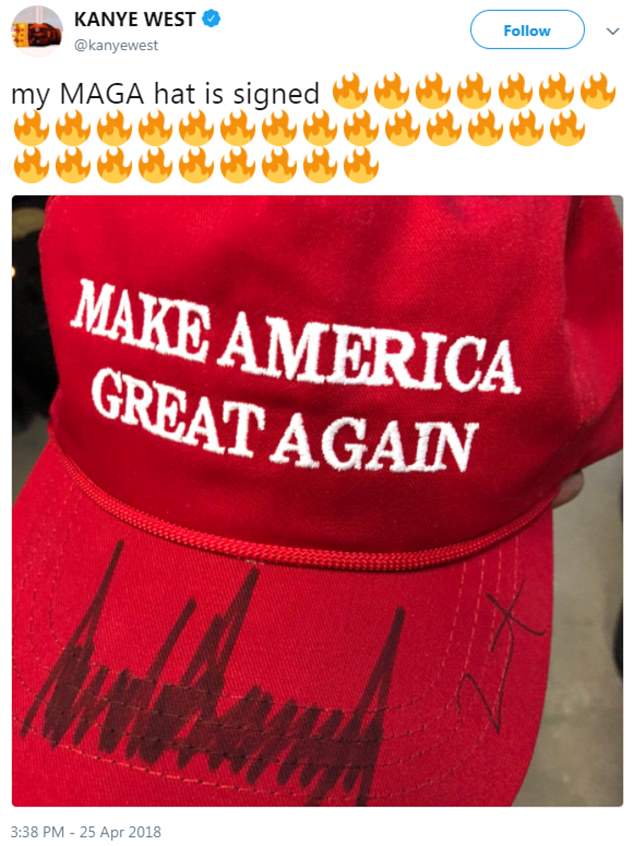 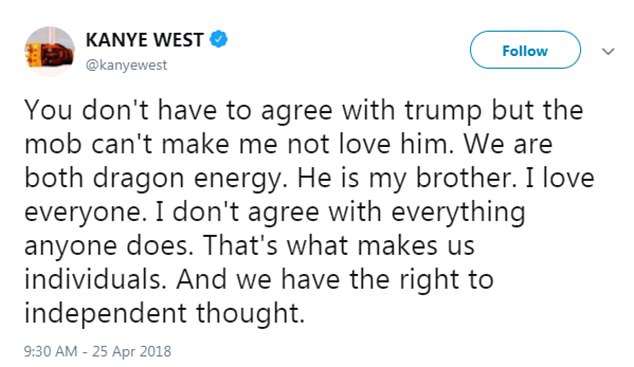 ‘You know what Kanye, Donald Trump is his brother, I am your brother too, and brother to brother I just want to say, put the phone down!’ Colbert said.

It comes after TMZ’s Harvey Levin was invited to meet the rapper at his studio, which resulted in two hours of him being subjected to Kanye’s strange ‘ideas’.

Seeking to clarify on Twitter yesterday, the 40-year-old said he did not agree with everything Trump, 71, did, but he loved people ‘with their own ideas’.

His wife Kim Kardashian West, 37, also tweeted to defend her husband’s social media activity and accusations of him being ‘erratic’.

The claims came after a TMZ source told the website the rapper was in the middle of a mental breakdown.

To refute the claims, Kanye invited TMZ supremo Harvey Levin to his studio where he free-styled lyrics, thought to feature on a new album.

They included the phrases ‘I’m a god’ and ‘It’s always a lit-uation when I’m involved’.

Kanye met the President in December 2016, posting a picture on social medial, but quickly deleting it after a wave of criticism. 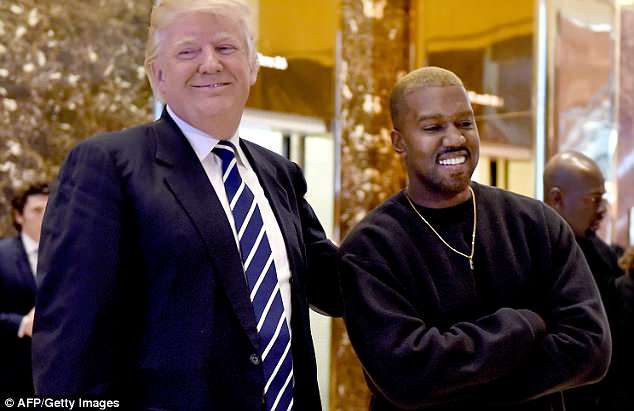 In December of 2016, he actually met with Trump but soon after deleted all his post about the President after he was hit with a wave of criticism

He tweeted: ‘my wife just called me and she wanted me to make this clear to everyone. I don’t agree with everything Trump does. I don’t agree 100% with anyone but myself.

‘I love when people have their own ideas. You don’t have to be allowed anymore.

‘Just be. Love who you want to love. That’s free thought. I’m not even political. I’m not a democrat or a republican

‘And also I’m all the way out the sunken place. And I’m not scared anymore.