STINK bugs spotted in London and Surrey have sparked fears the insect that "smells like farts" is invading the UK and could devastate crops.

The sightings of the tiny foul-smelling pest – renowned for its stench, tendency to invade homes and destroy harvests – have caused a stir amongst the agricultural sector. 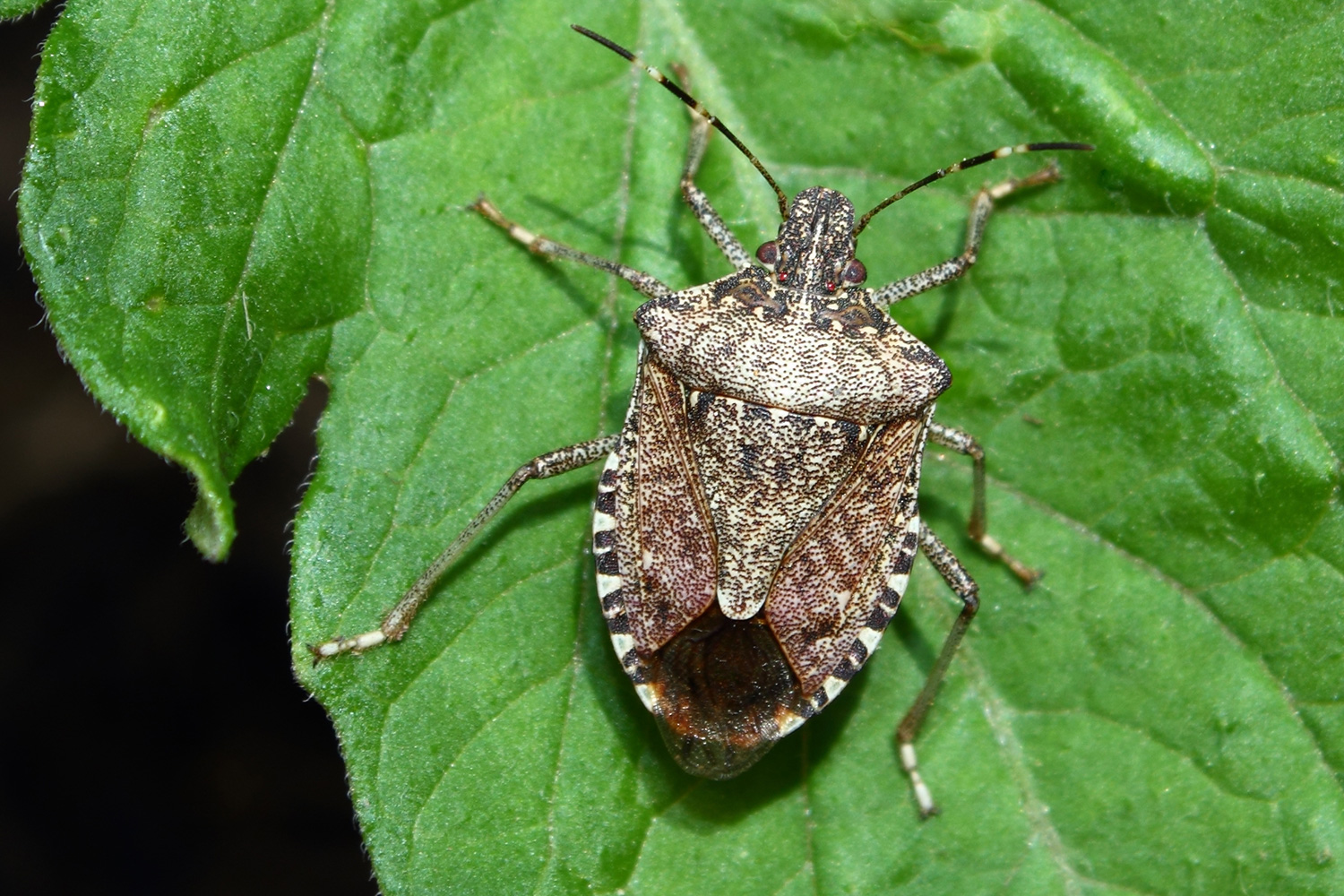 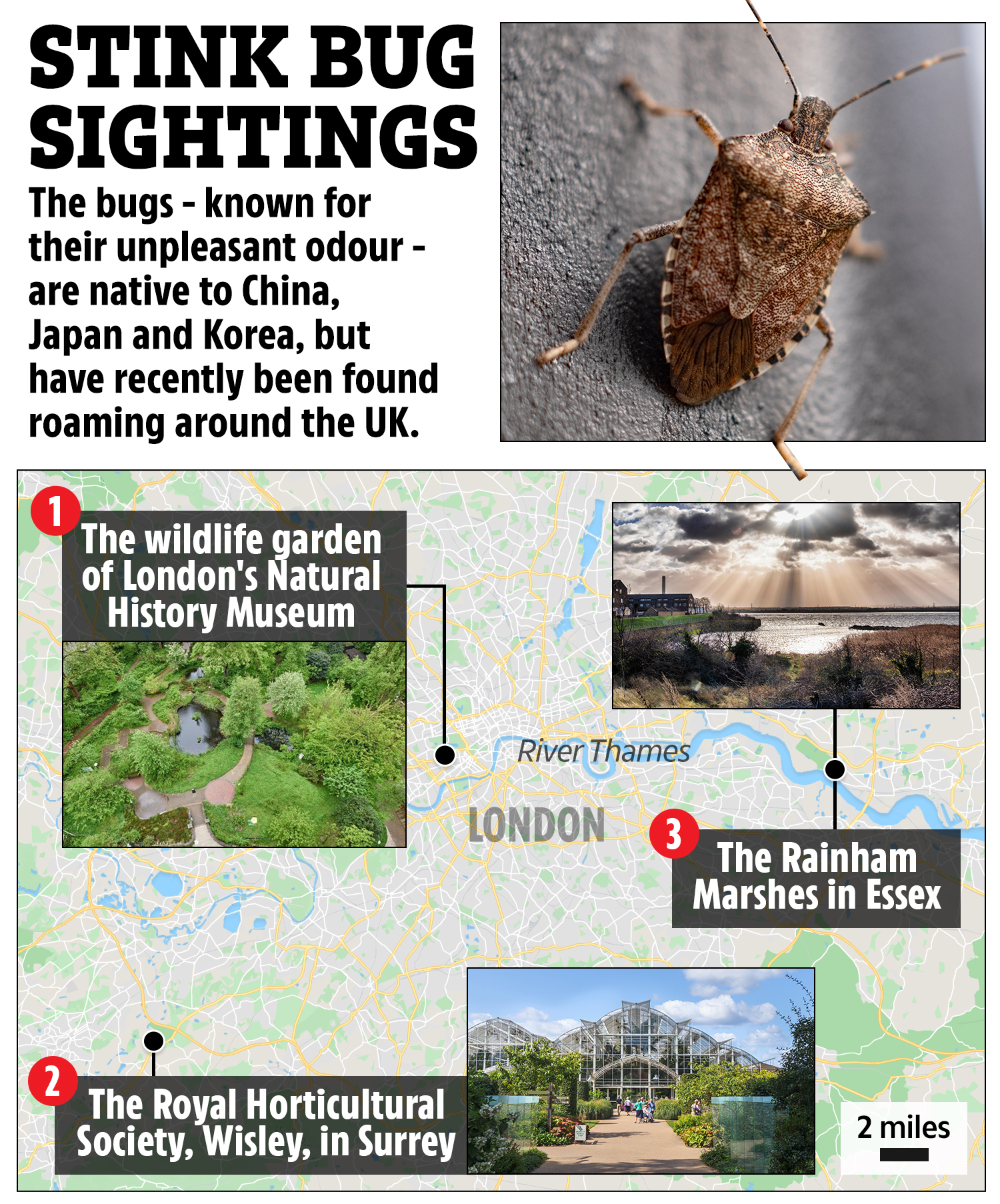 Although it is typically native to Asia, the brown marmorated stink bug has most recently been discovered at the flagship garden of the Royal Horticultural Society, Wisley, in Surrey.

Specialists are now investigating the source of the bug which emits a "pungent odour" that has been likened to coriander – as well as a "cross between stale farts, rotting rubbish and rancid almond."

One of the minibeasts, which resembles a small beetle, was caught in a pheromone trap this summer during a study.

The project, spearheaded by the National Institute of Agricultural Botany and Defra, saw the traps hung from trees across the South East.

Experts are now eager to work out whether the lone adult male snuck into the UK amongst imported goods or if there is an undiscovered local population.

It comes after earlier sightings of the bug at Rainham Marshes nature reserve, Essex, last year as well as in the wildlife garden of London's Natural History Museum.

In recent years, the stink bug has ruined millions of pounds worth of crops in Europe and the US – leaving Brit farmers on high alert for a similar brutal invasion.

The pests pierce plants and fruit to extract the fluids – causing deformation of seeds, pitting and scarring of the fruit.

The crops are then left unsuitable for sale, while the damage to the plant structure stunts growth and has the ability to wreck the entire harvest.

The stink bug, which sports a distinctive rectangular-shaped head, gains its name from the odour they emit when they feel threatened.

The species are known to invade homes across America in swarms seeking warmth and now Brits have been warned they could become commonplace in UK gardens and homes within a decade.

"This isn't a sudden invasion but potentially a gradual population build-up and spread, exacerbated by our warming world," Dr Glen Powell, head of plant health at RHS Garden Wisley, said.

"The stink bug isn’t the first to land on our shores and won’t be the last and understanding how we can best manage it is the next challenge for the research community supporting gardeners and commercial growers of fruit and vegetables."

There are more than 40 species of stink bugs – or shield bugs – in the UK, but most do not threaten crop health and aren't considered pests.

"It is crucial that we continue to monitor any establishment and spread of the pest," she explained.

"The long-term development of management and environmentally-sensitive control strategies will be needed so that the research community can keep industry and gardeners one step ahead of this pest species."

According to the department for the environment, Defra, the destructive stink bug has been intercepted in the UK on several occasions.

Clothing and wood imports and passenger luggage arriving from the US have contained the insects, as well as stone imported from China.

A Defra spokesperson said: "Invasive species cost the UK economy over £1.8bn a year and can threaten the survival of our own plants and animals.

"That is why our 25 Year Environment Plan commits us to further protecting and enhancing our biosecurity.

"The brown marmorated stink bug is not a significant threat to our crops – but as with all pests and diseases we will continue to monitor any threats closely."

WHAT ARE STINK BUGS?