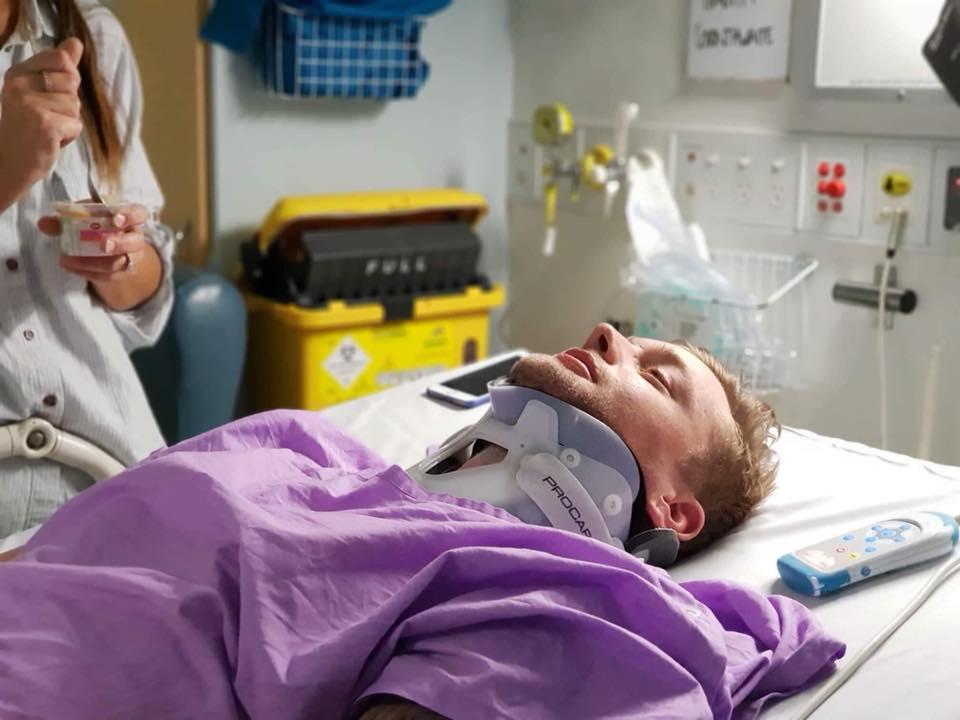 But the prank went horribly wrong when he hurled himself off – fracturing two vertabrae in the process.

He will now be forced to marry in a giant neck brace – but insisted he has no hard feelings.

Tom, from Queensland, Australia, said: "It's no one's fault, no one's to blame, I'm not angry with anyone. It's just a freak accident.

"When I landed from my shoulder blades up, I just went instantly stiff." 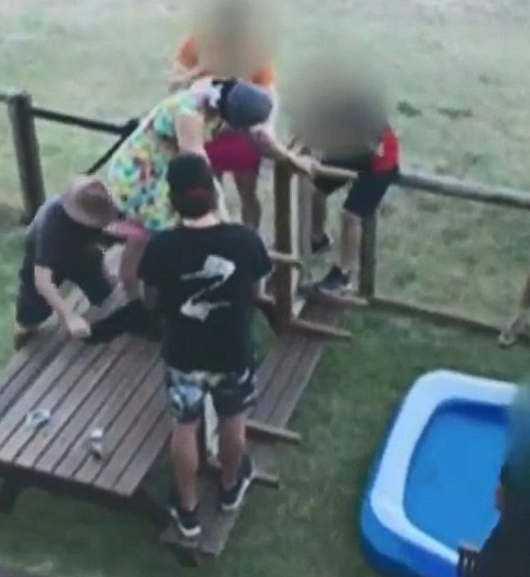 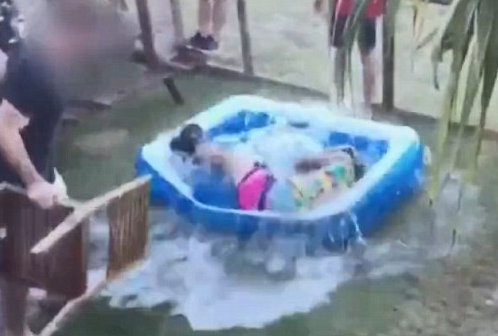 After having an x-ray, doctors told him he had fractured two bones in his neck – and was one sneeze away from total paralysis.

"He wanted the reception to go ahead as well. We compromised and put off the reception as I don't think he would have enjoyed it as much if we had it on Saturday. 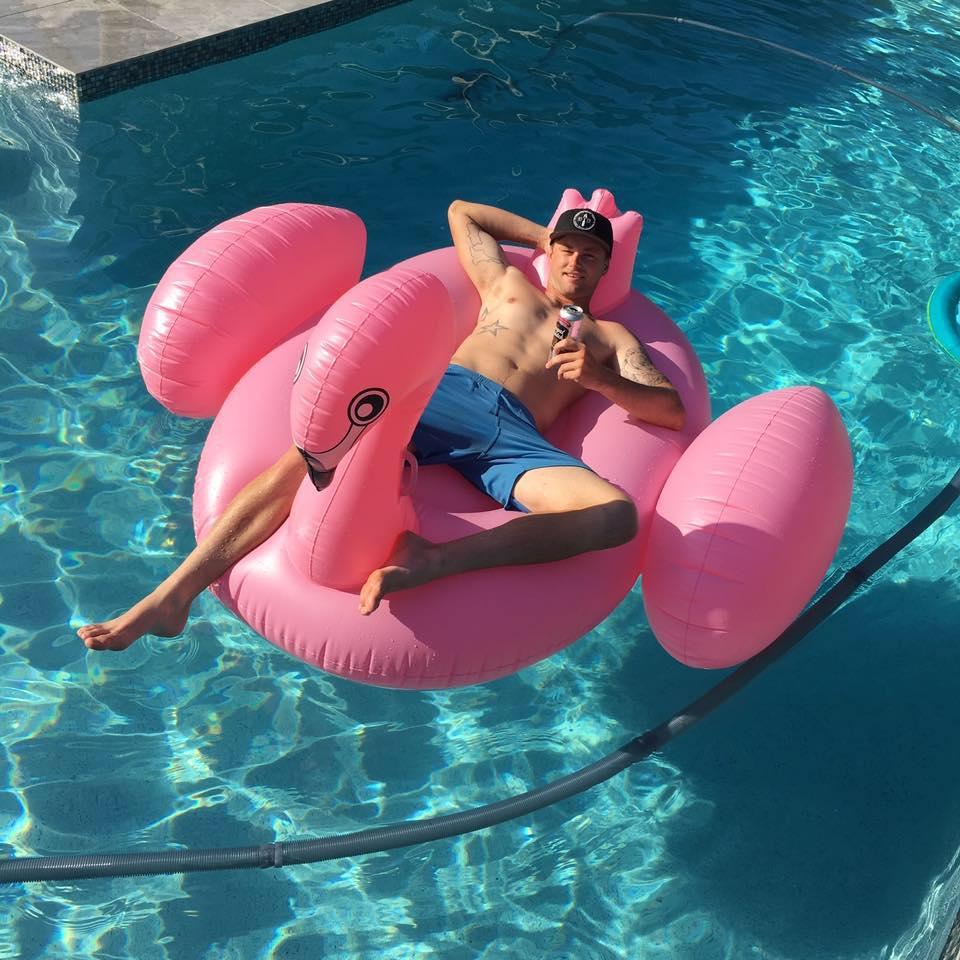 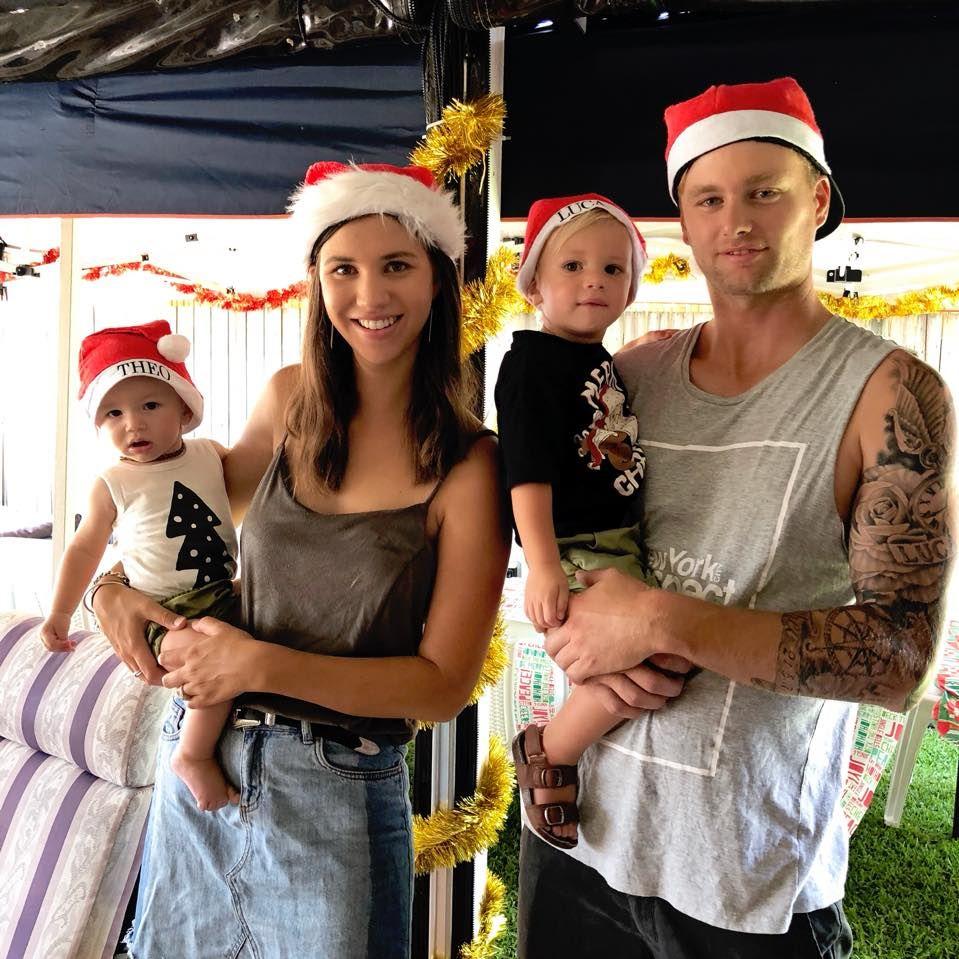 "Tim needs me 24-7, so we're going to be spending a lot of quality time together./

A GoFundMe page set up by pal Matt Enticknap has already raised more than £7,000.

It says: "Tim had his bucks party on the weekend and after going to the physio on Monday to get his neck looked at he found out he has multiple fractures in his vertabrae and now has to wear a halo neck brace that they drill into his skull for 3-6 months,' Mr Enticknap posted on the page.

"Him and the fiancée are in good spirits and see the funny side as they are two of the most down to earth, selfless people you'll meet. Any help at all would go a long way in getting them through a pretty challenging time in their lives."