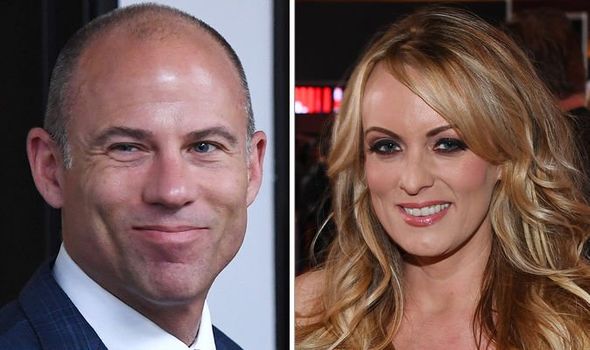 Mr Avenatti was arrested on suspicion of trying to extort money from sportswear company Nike. He is accused of seeking up to $20million (£15million) to prevent the release of damaging information. The legal battle between Trump and Daniels, real name Stephanie Clifford, centred on a non-disclosure agreement covering an alleged affair.

In an unrelated case the lawyer has also been charged with bank fraud.

FBI Assistant Director William Sweeney Jr commented: “As alleged, Michael Avenatti approached Nike last week with a list of financial demands in exchange for covering up allegations of misconduct on behalf of the company.

“The lofty price tag included a $1.5million (£1.1million) payoff for Mr Avenatti’s client and upwards of tens of millions of dollars for the legal services of his firm, services Nike never requested.

“This is nothing more than a straightforward case of extortion.” 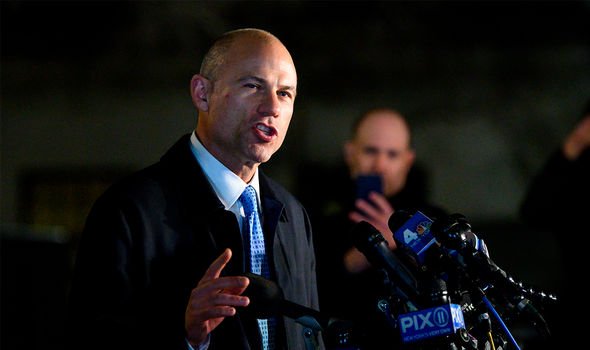 He faces up to 47 years in jail if found guilty of the charges.

Speaking after his release Mr Aventatti asserted his innocence, and vowed to fight “against the powerful”.

Separately two charges were brought against the lawyer for wire and bank fraud in Los Angeles.

They carry a combined maximum sentence of 50 years in prison. 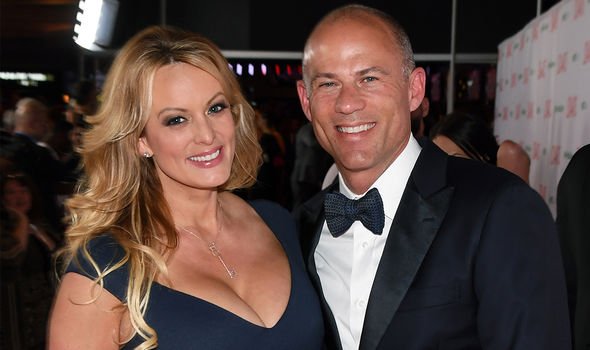 In a statement the allegedly targeted sportswear company said: “Nike will not be extorted or hide information that is relevant to a government investigation.

“When Nike became aware of this matter, Nike immediately reported it to federal prosecutors.

“When Mr Avenatti attempted to extort Nike over this matter, Nike, with the assistance of outside counsel at Boies Schiller Flexner, aided the investigation.”

Mr Avenatti represented Ms Clifford when she challenged a non-disclosure agreement relating to an affair she claims she had with Trump in 2006.