ROME (Reuters) – Italy’s anti-establishment 5-Star Movement said on Sunday the government would fall unless its coalition partner the League agreed to the sacking of a junior minister caught up in a corruption case. 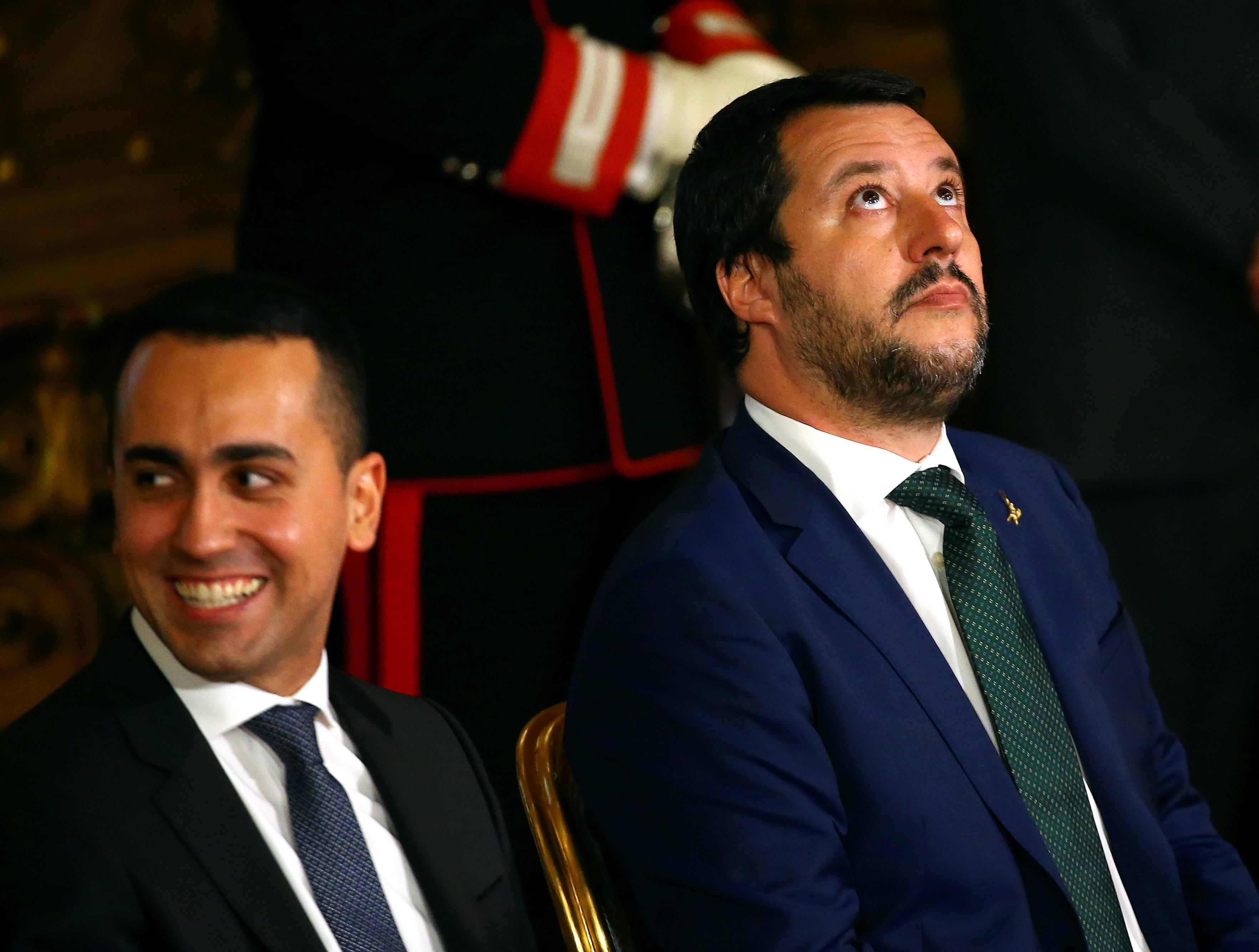 Relations between 5-Star and the far-right League have grown increasingly fraught in the run-up to EU parliamentary elections on May 26, with the two parties acting more like political enemies than cabinet allies.

Their growing rivalry triggered an unprecedented spat between the interior and defense ministries as tensions grow over the fate of junior transport minister Armando Siri, who is very close to League leader Matteo Salvini.

Siri last month was put under investigation for allegedly accepting a bribe from a wind farm entrepreneur who has been linked to the Sicilian Mafia. Siri has denied wrongdoing, but 5-Star has said he must resign for the good of the government.

Prime Minister Giuseppe Conte, who belongs to no party and presents himself as the mediator between the two cabinet allies, agreed last week that Siri must go.

However, the League, which has surged in the polls over the past year and has easily overtaken 5-Star as Italy’s leading party, has so far refused to back down, saying he has not been charged and not yet had a chance to speak to investigators.

The 5-Star’s Barbara Lezzi, who serves as minister for the south, told Il Messaggero newspaper on Sunday that the accusations against Siri were undermining the government, which took office last June promising radical political change.

Asked if the coalition would fall if the League refused to let him go, she said: “Yes. I cannot accept that a government undersecretary investigated for corruption should stay on.”

There was no sign of a League retreat. Instead Salvini, who serves as interior minister, looked to shift focus with his ministry saying the defense ministry had wrongly tweeted that the navy had thwarted an attack on an Italian fishing boat.

The interior ministry accused Defence Minister Elisabetta Trenta, who comes from 5-Star, of putting out fake news. “The defense minister should act like a defense minister. The Armed Forces deserve much better,” a statement said.

The 5-Star said Salvini had “crossed a red line” by using his ministry to attack another for electoral purposes, and said it would not back down over Siri.

“Show you have balls in the Siri case and make him quit,” it said in a blunt statement on Sunday.

Pointing to recent high-profile crimes, including the shooting of a toddler in Naples, it also suggested Salvini was spending too much time on the campaign trail for the EU ballot and not enough time behind his desk.

Several Italian newspapers quoted sources within the League at the weekend as saying they were fed up of working with 5-Star and predicting the government could fall after the May 26 vote.

Salvini denied the reports and accused journalists of generating “pointless” controversies. “The government will last for four years,” he told an election rally on Saturday.