A Harley Street doctor touted his gender selection service to undercover reporters days after being struck off for ‘deplorable’ behaviour.

Paul Rainsbury was found guilty of serious professional misconduct after signing 50 prescriptions over six months without a medical licence.

But days after the damning ruling, he was happy to provide undercover Daily Mail reporters with detailed medical advice and arrangements to select the sex of their baby. Gender selection is illegal in the UK.

He told them how, for £14,000, he arranges preliminary medical appointments in Harley Street before patients go to the Crete Fertility Centre for the final treatment.

In a telephone consultation, the 76-year-old advised keeping the procedure a secret from family doctors as it would just cause ‘aggro’. 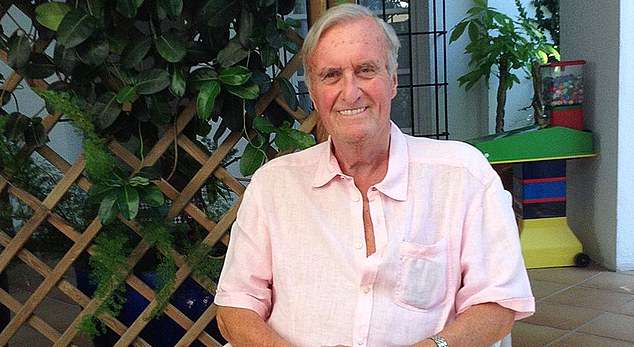 He said: ‘I don’t even want to know who your GP is. There’s no reason at all to involve any of your medical carers.’

The disgraced doctor added: ‘Most GPs when you tell them suddenly develop serious moral qualms.’

Mr Rainsbury, who says he sees two couples a week wanting gender selection, told our undercover reporters that ‘Asians want boys generally’, adding: ‘That’s been since time began. There’s nothing new about that.’

He insists sex selection is allowed in Crete, but the Greek National Authority of Assisted Reproduction said that non-medical gender selection is illegal there.

The Crete Fertility Centre says on its website it offers gender selection only ‘to avoid sex-linked diseases’ and quotes a fertility expert saying gender selection for family balancing is prohibited in the EU.

But when the Mail visited, posing as a couple wanting to have a girl to balance their two boys, the centre’s scientific director, Dr Mattheos Fraidakis, said this would be possible. 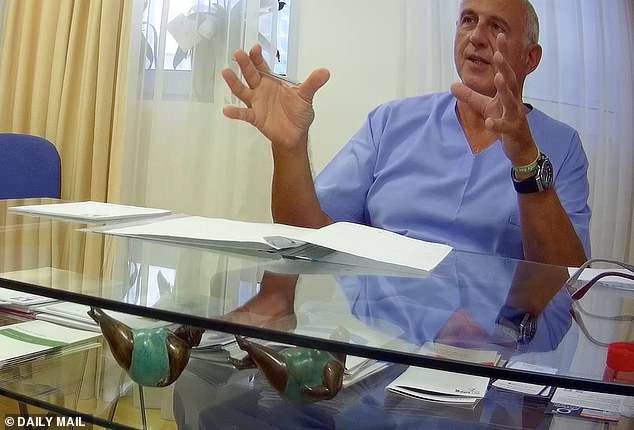 When the Mail visited the Crete Fertility Centre, posing as a couple wanting to have a girl to balance their two boys, the centre’s scientific director, Dr Mattheos Fraidakis (pictured), said this would be possible

He added: ‘We are doing that. We have quite a few couples from the UK doing that – five, six, seven couples from UK are coming here for the same purpose.

‘You are asking for girls, Indians for boys, Chinese for boys.’

Dr Fraidakis admitted ‘gender selection is not legal’ for family balancing in Greece, and initially said the centre got round this by checking all the embryos for health.

While doing this, they can choose gender by selecting the X and Y chromosomes that determine sex, he said. Asked if this meant gender selection for family balancing was possible he said: ‘Yeah, yeah, that’s OK.’

When asked about costs, Dr Fraidakis offered a simple sex selection without checking the other chromosomes for 6,000 euros rather than the usual price of 7,000 euros for the full medical check.

He said: ‘If you want just the gender selection, just the X and Y, as I told you before usually we don’t do that, we prefer the other, but if you insist, that’s slightly cheaper.’

A spokesman said: ‘We are trying to do our best for couples who seek safe and reliable care at our centre at a fee, cost-favourable to the patients.’

Ulster-born Mr Rainsbury trained in Dublin and worked in the Middle East before setting up his Rainsbury Fertility clinic in London’s Harley Street in 1990. In 2006 it emerged he was sending couples to Cyprus to select the sex of their child.

Despite the outcry, he continued to offer gender selection services openly on his website.

He moved from his home in East London to Spain 15 years ago, but kept his UK medical registration and ran his London clinic remotely.

He was struck off the medical register on July 20 after a GMC hearing in Manchester. The tribunal heard he stopped renewing his licence to practice in 2014, despite frequently speaking to UK patients and running his London-based clinic.

During this period he had signed 50 prescriptions over six months and portrayed himself as a consultant gynaecologist and fertility specialist. Mr Rainsbury admitted he had brought the medical profession into disrepute.

He also told the hearing he was a ‘facilitator’ rather than a consultant for a gender selection treatment in Crete.

On gender selection, he said: ‘The GMC wishes to discourage gender selection for UK residents. Prospective parents are now the only members of our society prohibited from making gender choices. This is a restriction on freedom of choice. The medical science is safe and effective.’

Fertility doctors at the centre of the bombshell claims about gender selection must face an inquiry, MPs and experts said last night.

They warned of a ‘blatant disregard’ for ethics and suggested the General Medical Council should be called in.

Allowing IVF couples to choose the sex of their baby is illegal in Britain except when a child risks inheriting a serious disease. 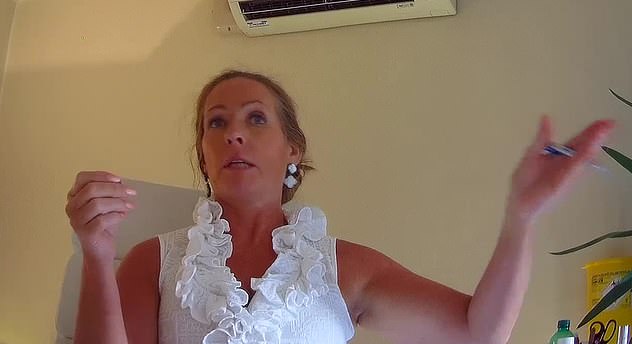 A Downing Street spokesman said: ‘Sex selection is strictly prohibited in the UK and the Government takes these allegations extremely seriously.

‘The Human Fertilisation and Embryology Authority are investigating and will determine the most appropriate course of action.’

They included Dr Lisa Cameron, who described the Mail’s findings as alarming. 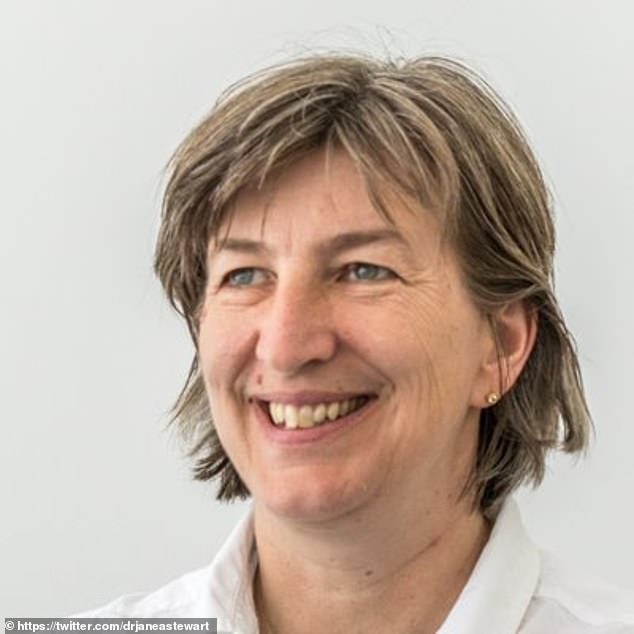 The SNP MP said: ‘I hope the fertility regulator will launch a full investigation into this and appropriate action is taken against the medical professionals involved. We need to send a clear message that this is not acceptable.’

Dr Jane Stewart of the British Fertility Society said: ‘We are saddened and disappointed to see these practices being undertaken and blatantly disregarding the ethical and moral constraints that govern our practice.’

A HFEA spokesman said: ‘We are confident the vast majority of the UK’s fertility clinics do not recommend sex selection either at home or abroad.

‘However, we take allegations of sex selection seriously and will investigate any specific cases brought to our attention. We have no powers to regulate treatment abroad.’

Allowing IVF couples to choose the sex of their baby is illegal in Britain except when a child risks inheriting a serious disease. Stock photo