Student from a single parent family in east London crowdfunds £65,000 to pay for a year at Harvard after scholarship falls through (and now he’s got an internship at Silicon Valley)

An east London university student crowdfunded £65,000 to study at Harvard.

Isaiah Wellington Lynn, 23, a student at University College London, won a place to spend the third year of his degree at the prestigious US institution as part of a visiting undergraduate programme.

After completing the rigorous selection process, Mr Wellington Lynn, of Stratford, was awarded a charity scholarship to pay for the year abroad.

When the grant fell through just weeks before the start of term in August 2017, the determined student launched an online campaign and raised £64,000 in less than a month – pulling in donations from 700 people from around the world.

Mr Wellington Lynn is now on an elite three-month Silicon Valley internship scheme aimed to foster the next generation of tech entrepreneurs, the Daily Telegraph reported. 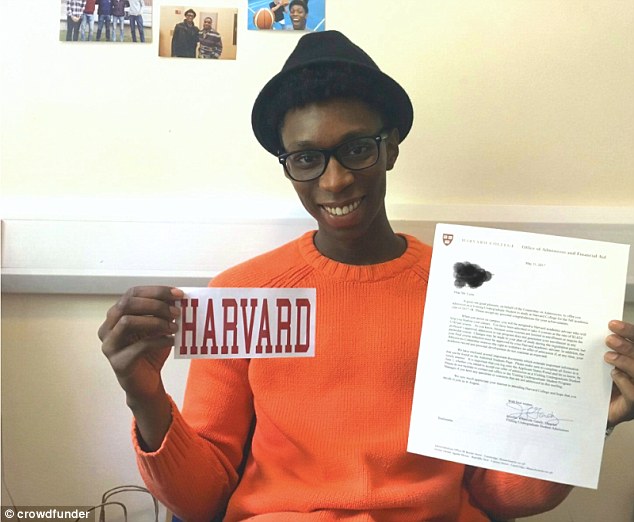 Isaiah Wellington Lynn, 23, a student at University College London, won a place spend the third year of his degree at the prestigious US institution in Massachusetts, pictured 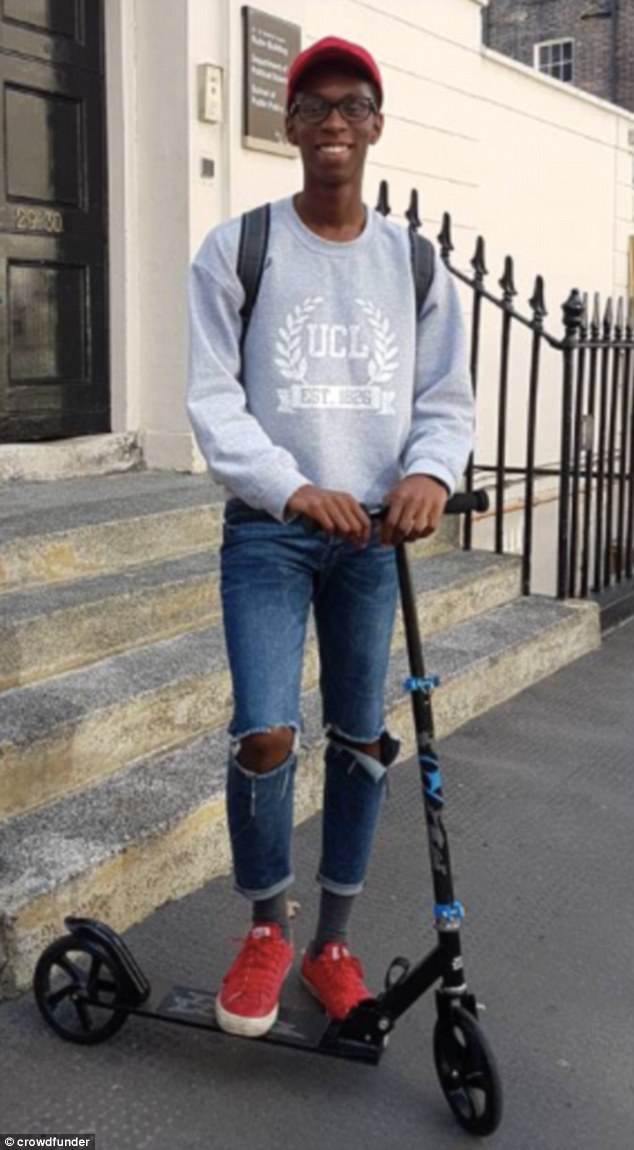 When the grant fell through just weeks before the start of term in August 2017, the determined student launched an online campaign and raised £64,000 in less than a month

He will return to UCL this autumn to complete his degree.

Speaking to the newspaper, Mr Wellington Lynn explained he had his mother, Novlette to thank for the way he approached the obstacle.

‘I always had that mindset that was born out of my mum’s willingness to show me what the world had to offer outside of my social background and the small confines of Stratford.’

Mr Wellington Lynn was brought up in the borough of Newham, one of the most economically deprived areas of the country. 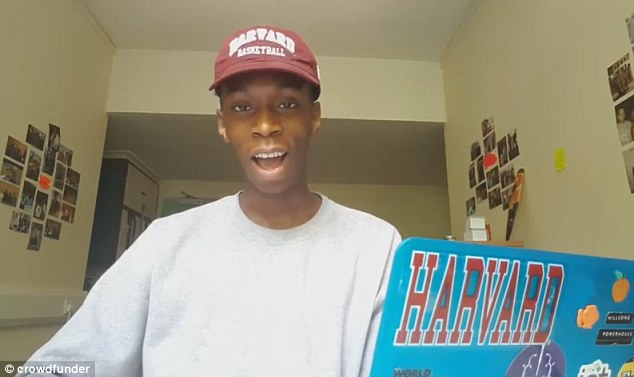 Mr Wellington Lynn is understood to have contacted a number of potential donors directly, as well as launching a number of initiatives to raise the money

He was initially bullied at primary school before being moved elsewhere by Novlette, who was determined to give her son a ‘middle-class’ upbringing, despite being from a ‘low socio-economic background’.

Mr Wellington Lynn is understood to have contacted a number of potential donors directly, as well as launching a number of initiatives to raise the money:

£100: A personal tour of his favourite places to hang out in London

£200: Access to a collection of the essays and blogs he has written

£500: A unique dining experience at a University of Cambridge college

£1,000: Public speaking engagement at an event, charity, or school of the donor’s choosing

£10,000: Two weeks unpaid work experience, personalised photo album of his Harvard experiences, one basketball coaching session for a group of up to 10 people; a virtual tour of Harvard, plus an acknowledgement in his dissertation, copy of his dissertation plus public speaking engagement, Cambridge dining experience and Harvard memorabilia

‘She took me to museums, theatres and art galleries,’ he wrote on his Stratford to Harvard Crowdfunder page.

‘I did different sports, basketball, football, cricket and I competed in swimming galas. I had French, German and drama classes, summer schools and similar at Easter and in the winter. I was never confined to my house.

‘When I got home from school and wanted to play on the Xbox or Playstation, my mother would ask me to read a book before I could so. By the time I had read the book for an hour, I was so engrossed I didn’t play on the game.’

Mr Wellington Lynn is an accomplished basketball player who has represented the national team; he has also won internships at investment banks including Barclay’s and J.P. Morgan; and served as a student ambassador for UCL.

On his website, which was used to attract donors and update them on his progress, the student explained he had won a place in the the VUS (Visiting Undergraduate Student) Class of 2018, ‘a one-year rigorous program offered to a small select group of undergraduates from around the world’.

However his initial source of funding, from an unnamed charity, unexpectedly fell through and, as neither UCL nor Harvard offer financial aid for the program, Mr Wellington Lynn was left relying on his own initiative to raise the £64,000 needed to cover tuition, accommodation, living expenses, insurance and travel costs.

Mr Wellington Lynn is understood to have contacted a number of potential donors directly, as well as launching a number of initiatives to raise the money. 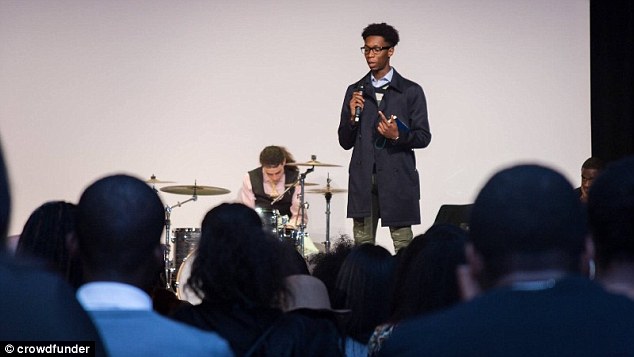 Donors who pledged £50 were given access to Mr Wellington Lynn’s YouTube channel and a personalised thank you note, while a £100 was rewarded with a personal tour of his ‘favourite places to hang our in London’.

Mr Wellington Lynn was given five £1,000 donations in exchange for public speaking engagements.

The largest pledge amount was £10,000 which could be offered in return for a number of benefits, including two weeks of unpaid work experience, a basketball coaching session for a group of up to 10 people and Harvard memorabilia.

Once at Harvard, Mr Wellington Lynn joined a number of societies and elected to take classes that would challenge him academically. 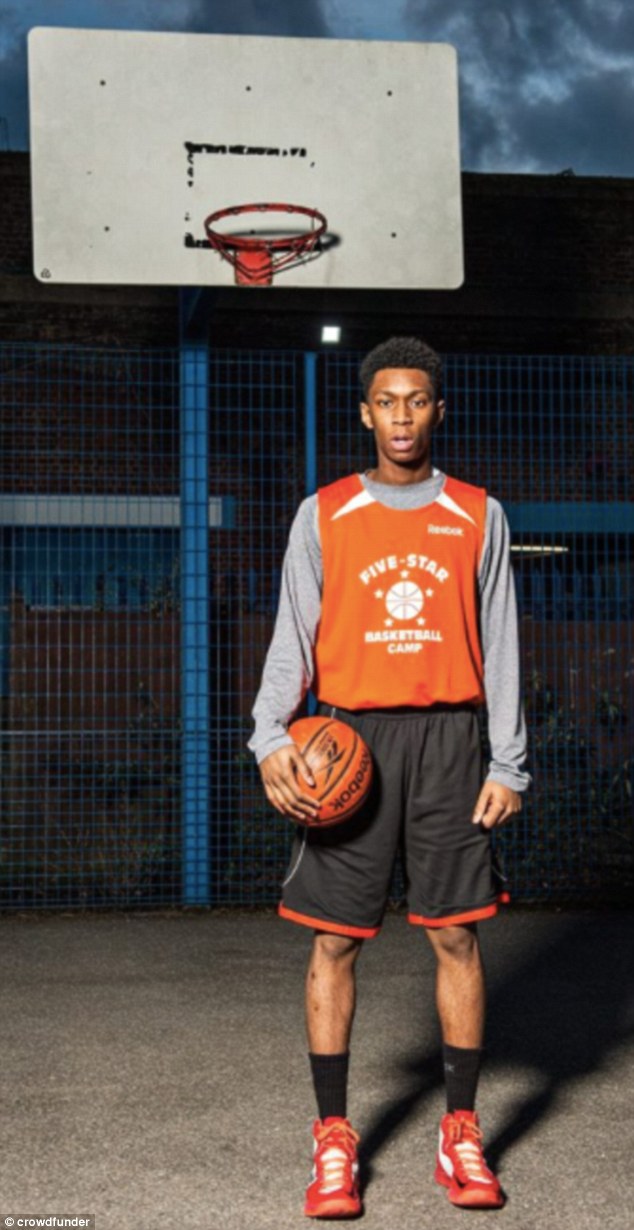 He finished the year with a GPA of 3.9 – the equivalent of straight A’s.

Most recently he has beaten 31,000 applicants to become one of just 140 students to be awarded a fellowship with venture capital firm Kleiner Perkins Caufield & Byers (KPCB), which offers top college students internships at tech start-up firms in Silicon Valley.

It is believed Mr Wellington Lynn is currently placed with Airbnb.

The ambitious 23-year-old now has his sights set on launching his own Venture Capital firm, with the intention of focusing on ‘social impact investing’.

Mr Wellington Lynn added: ‘I also aspire to set up my own foundation to offer full scholarships and grants to support students from overlooked backgrounds, those with limited resources, but limitless potential.’