Pharmacology student, 24, who ‘dreamed of ridding the world of cancer’ took her own life when she stepped in front of a train after struggling to cope with the death of her parents 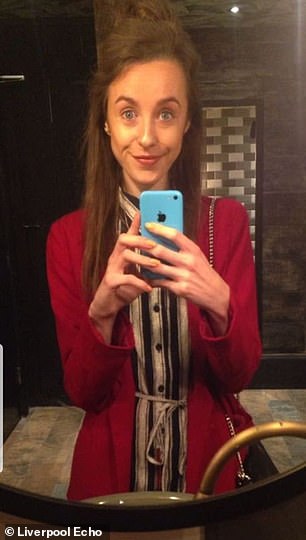 Flur, 24, was the first person in her family to go to university and had made her brother ‘proud’

The family and friends of an ‘extraordinary’ 24-year-old who took her own life have paid an emotional farewell to ‘an intelligent, funny, courageous and beautiful girl’.

Flur Mcdonald was killed by a Merseyrail train in Birkdale just after 2pm on Tuesday, January 29.

The pharmacology student lost both of her parents within a few years of one another, and struggled to come to terms with such a devastating loss.

Flur, from Southport, was a bright and talented young woman who became the first member of her family to go to university, studying at Newcastle after she left college.

Friends and family gathered at Burscough Crematorium on Friday, March 1, to say goodbye to Flur, before holding a celebration of her life at Leyland Road Church in Southport.

Flur’s older brother Ryan Mcdonald shared an emotional post on the morning of his baby sister’s funeral, in which he urged everyone who knew her to remember the good times.

He said: ‘So today is the day we celebrate the short but beautiful life of an extraordinary sister. I want everyone not to be sad that Flurry is gone, but for us all to be thankful and happy that we had such an intelligent, funny, courageous and beautiful girl in our life.

‘Flur we had some amazing memories together – you are the sweetest soul I’ve ever known, and I truly mean that.

‘I remember taking you to Newcastle with a transit van loaded with your worldly possessions and dropping you off at university and I was the proudest big brother in the whole universe. 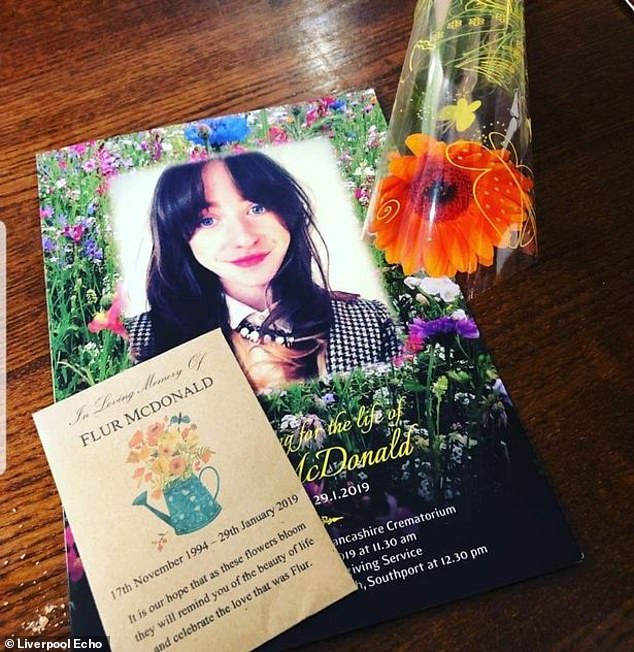 Flowers and seeds were handed out in memory of Flur after she died on January 29, 2019 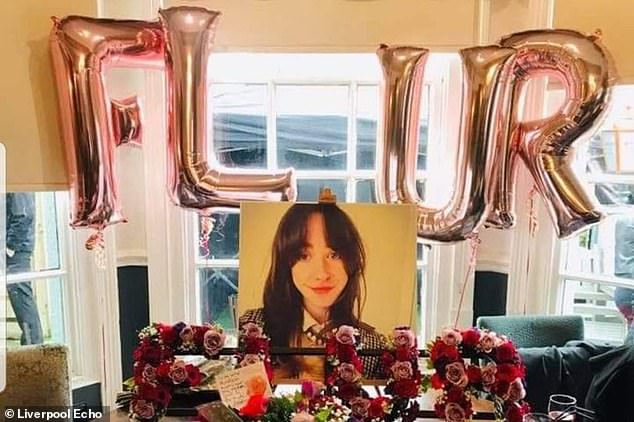 Flur Mcdonald’s family laid her to rest on March 1. The student ‘never got over’ the death of both her parents, her brother said

‘Your dream was to rid the world of [cancer] and I’m sure one day you’d have done it, such was your amazing mind.

‘So Flur Mcdonald thank you so much for making our lives a much more beautiful place and so so sorry that I could not have done more to protect your fragile life. I love you so much, you knew that.’

Ryan thanked Flur’s loved ones for ‘giving her the day she absolutely deserved’, with mourners handed flowers and seeds to plant in memory of the 24-year-old.

Speaking shortly after his sister’s death, Ryan said Flur ‘never really got over’ losing her dad, before the family was hit by another tragedy when their mother died a few years later.

Flur’s family also expressed their overwhelming gratitude to Tommy and Paula Pearman, the couple who Flur went to live with in November 2018 and who looked after her and tried to offer her the stability she needed.

Flur was one of six siblings, and Ryan was her eldest brother. She was also a much loved auntie to her two nieces Jessica and Ruby and one nephew Clayton. 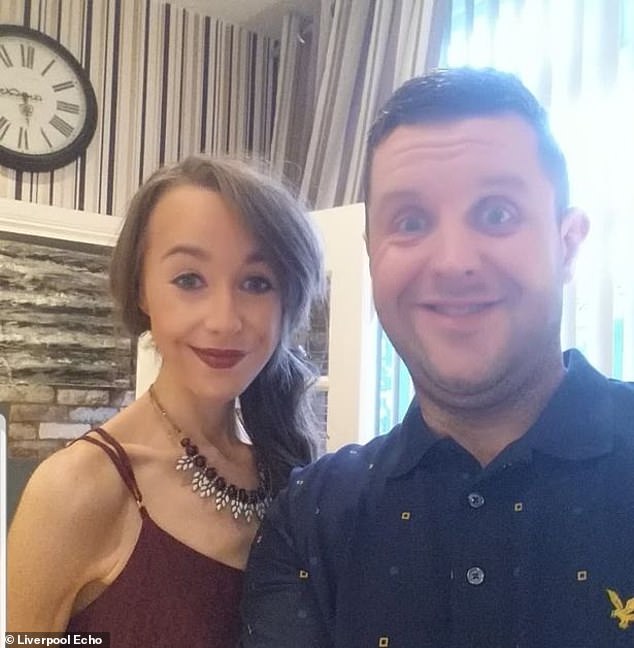 Flur Mcdonald with her big brother Ryan Mcdonald. The day Ryan took her to university was the day he became ‘the proudest big brother’

Big brother Ryan said his sister had four things she wanted to achieve in life – becoming a teacher, getting to see India, going on a cruise and getting to take her niece Ruby on holiday.

British Transport Police were called to a railway level barrier crossing on Crescent Road between Hillside and Birkdale at 2.04pm on Tuesday, January 29 to reports of a person being hit by a train.

A police spokesperson confirmed the death was not being treated as suspicious.

For help and advice any time of the day or night you can contact Samaritans for free on 116 123, or visit the website.