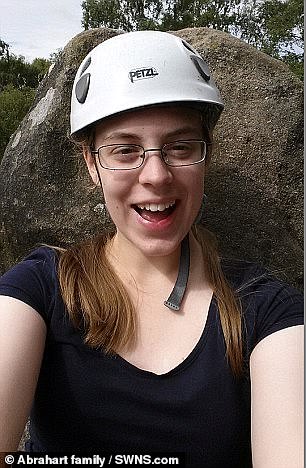 Natasha Abrahart was only 20 when she was found dead in her flat on April 30 this year. A pre-inquest review yesterday heard how she had the university’s Student Health Service of her issues

A student who became the 12th to kill herself at a university in two years was deemed high risk by a uni GP – who did not inform student welfare services, an inquest has heard.

Second-year physics student Natasha Abrahart was only 20 when she was found dead in her flat on April 30 this year.

A pre-inquest review yesterday heard a GP at the university’s Student Health Service had seen her on February 20, a day after she attempted to kill herself.

The GP deemed her to be ‘at high risk of suicide’ but her family are calling on doctors to explain why they did not alert student welfare services at the university.

In the February she also wrote an email to a member of staff at the School of Physics that the ‘last few days have been hard’ and she was having ‘suicidal thoughts’, it was said.

Ms Abrahart was the 10th of 12 students at the university believed to have taken their own lives since October 2016.

Representing the family, barrister Tom Stoate said they had questions about why the GP, Dr Caroline St John Wright, had seen Natasha but not alerted the university’s student welfare service. 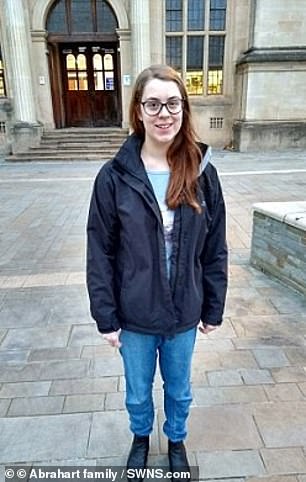 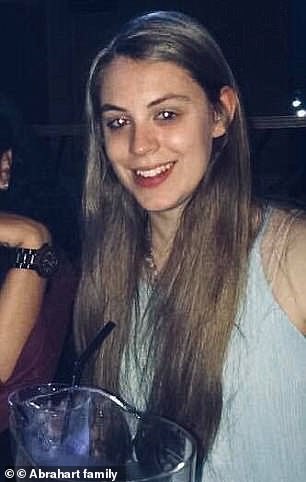 Ms Abrahart (pictured left and right) was the 10th of 12 students at the university believed to have taken their own lives since October 2016. Her family, from Nottingham, want to know why a GP she had confided in did not alert the university’s student welfare service

‘We set out that on February 20, she attended an appointment with Dr St John Wright,’ Mr Stoate said.

‘She wrote: ‘My impression of her was that she was in a state of distress and at high risk of ending her life given her presentation.’

‘The family thinks it’s important to explore why it appears Dr St John Wright did not seek consent to speak to the Student Welfare Service or the School of Physics or make contact with her to seek consent.’

Natasha was also in the care of Avon and Wiltshire Mental Health Partnership (AWP) NHS Trust in the weeks leading to her death.

Mr Stoate said an internal analysis by AWP also showed Natasha received ‘inadequate care’ and asked for another Root Cause Analysis to be done. 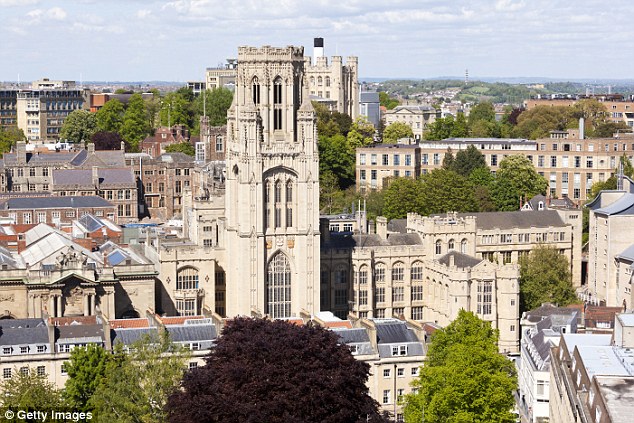 Natasha had been due to sit for a physics exam on the day she died, the court was told, and that a similar exam had caused her chronic social anxiety to worsen.

The 20-year-old’s family, who are from Nottingham, want to know if the university did anything to help her with her anxiety.

A spokesman for the university said after the hearing: ‘The evidence submitted in advance of today’s pre-inquest review shows that every effort was made to assist and support Natasha, both from within her school and by the University’s pastoral support services.

‘We are committed to fully assisting the coroner with her investigation into Natasha’s death and to ensure any lessons learnt are built into the support we provide our students.

The Samaritans charity has raised concerns at the potential impact of news of Mr Elsmore’s death and has urged anyone affected to contact them if they wish.

For confidential support in the UK, call the Samaritans on 116123 or visit a local Samaritans branch. See samaritans.org for details.

The English student was only 19-years-old when he took his own life, while studying at the University of Bristol.

The teenager had missed exams and had told the university that he was suffering from anxiety. 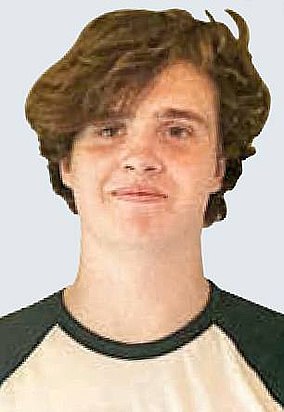 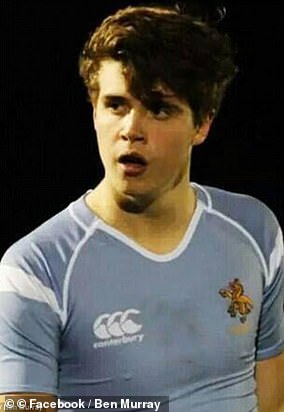 Ben Murray (pictured) was only 19-years-old when he took his own life, while studying at the University of Bristol

The second-year physics student was only 20 when she was found dead in her flat on April 30 this year.

The 20-year-old’s family, who are from Nottingham, now want to know if the university did anything to help her with her anxiety.

The 23-year-old electrical and engineering student from Liverpool is feared to have taken his own life after falling from Clifton Suspension Bridge.

The undergraduate, whose father is Guy, 52, the Archdeacon of Buckingham in the Diocese of Oxford, is originally from Liverpool and had four siblings.

The law student from Canada, who was in the third year of his degree, is believed by police to have taken his own life.

The university said the news was ‘immensely distressing’, adding that their ‘thoughts and sympathies are with his family and friends’. 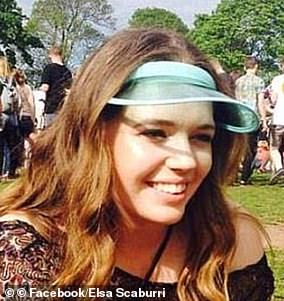 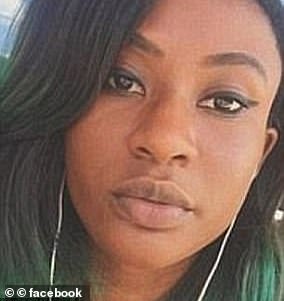 Miss Scaburri, a 21-year-old student, had been suffering with depression when she was found hanged in a barn after leaving a note on her bed.

The modern languages student was said to have gone ‘downhill’ quickly during a year abroad in Italy and came back to Britain to be with her mother.

The 23-year-old student from Essex took a large number of sleeping tablets and some LSD before jumping off Clifton Suspension Bridge in the city.

The 18-year-old law student was just starting his first term at the university but was found dead in his halls of residence after leaving a note for his parents.

Mr Long was described as a ‘highly intelligent’ young man with ‘a sense of humour’ by his parents, and had not shown any signs of depression. 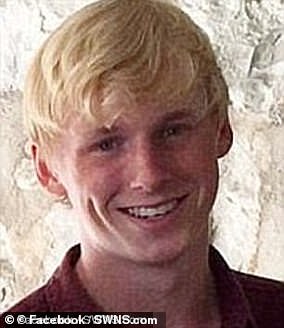 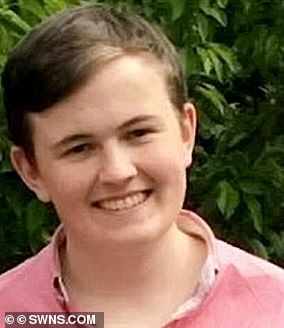 The 20-year-old maths student had been battling depression for about 18 months before his body was found by a friend in his bedroom.

During an inquest, his parents questioned why the university did not do more to get in touch with them when they found he was suffering from depression.

The 18-year-old history fresher, who lost his mother aged two to cancer, was found hanging in his room at university.

An inquest was told he had started talking about starting counselling services, but had been in ‘good spirits’ just two days before his death.

The 19-year-old philosophy student from Chichester had struggled with anxiety and depression, and took her own life with a drug overdose.

She was only in her first term at the university, and was praised by her mother as ‘an amazing young woman’ with a ‘wonderful circle of friends’. 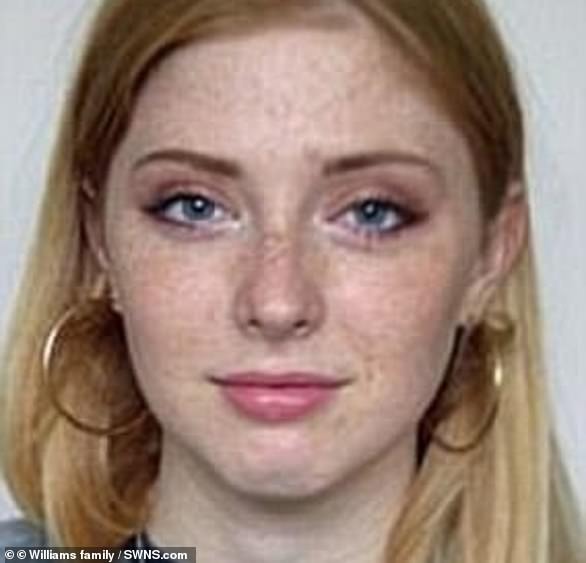 Philosophy student Miranda Williams, 19, had struggled with anxiety and depression