‘I’m definitely afraid of jumping’: Stunning footage shows wingsuit diver soaring down an Italian mountainside as he pushes past his ‘comfort zone’

Incredible footage shows the moment a professional skydiver makes a death-defying jump from atop a mountain – wearing nothing but a wingsuit.

Nicholas Scalabrino, 28, from Dubai can be seen flying through the air of Lake Garda, Italy, wearing just the suit.

Speaking about the daring stunt Nicholas, said: ‘I’m definitely afraid of jumping. It gets scary whenever you push past your comfort zone.’ 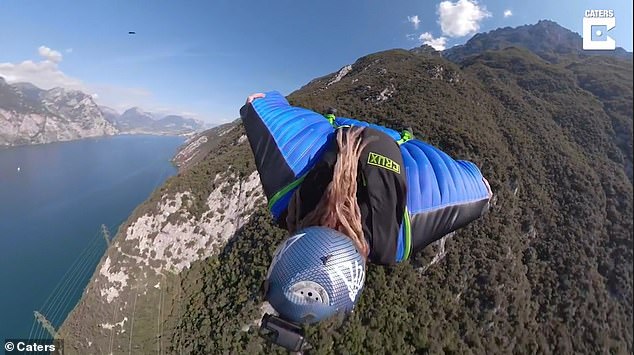 The video, while showing the stunning scenery, shows how dangerously close Nicholas gets to the rocks as her glides along the mountainside.

When the camera shows the area behind Nicholas, his colleague can be seen hurtling through the air with him.

Nicholas, with his dreadlocked hair flying behind him, can be seen soaring over power cables and getting very close to greenery on the mountainside. 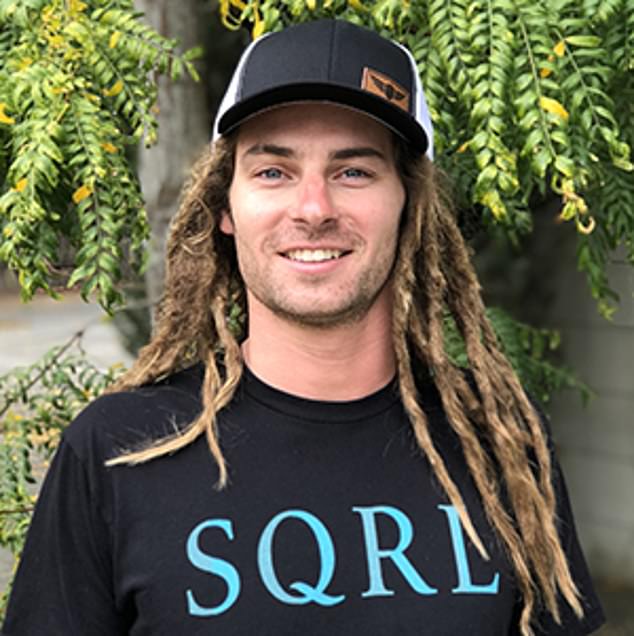 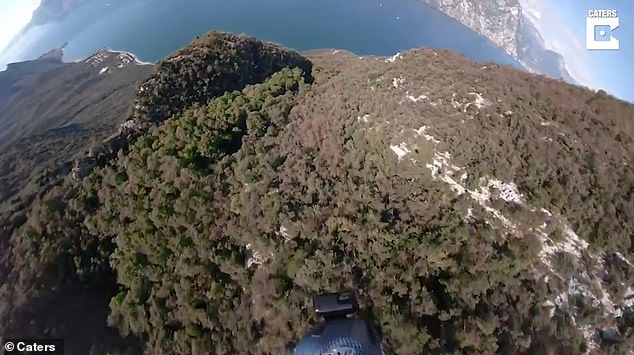 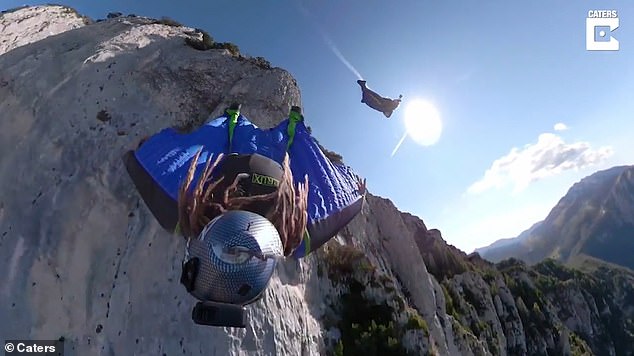 Nicholas’s parents were skydivers and he has been jumping for all of his adult life.

After years of tunnel and freefly training, including years in Dubai, Nicholas began to focus on wingsuit flying, and it still intimidates him.

The wingsuit company Nicholas works for, The Squirrel say he is ‘at the cutting edge of wingsuit flight’.

They also said: ‘In addition to being a young ninja, Nicholas exudes humility and kind wisdom that is beyond his years.

They added on Nicholas and his friend and fellow flier, Matt Munting: ‘Nic and Matt are a wellspring of positive energy and we’re very proud to be able to fly with them – don’t miss the opportunity to get on a load with these guys.