Stunning slow motion footage shows a robin munching on worms while perched on a woman’s hand.

Jemma Greef, 43, captured the beautiful clip on her mobile phone while visiting a nature reserve in Titchwell, Norfolk.

It shows the red-breasted little bird sail down from its perch, showcasing its striking plumage as it approaches the camera elegantly flapping its wings.

The European robin gobbles up some mealworms in the palm of her hand before flying back to its perch on a nearby branch.

Bird-lover Jemma said: ‘I arrived at the reserve, got out of my car and shook the mealworms in the box.

‘Moments later a robin flew down and landed on a nearby branch.

‘I held my Samsung S8 mobile in one hand and the mealworms in the other and got ready to capture any action. 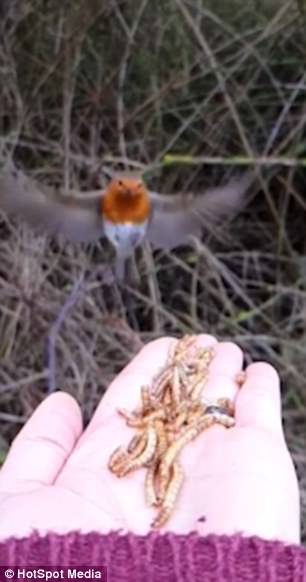 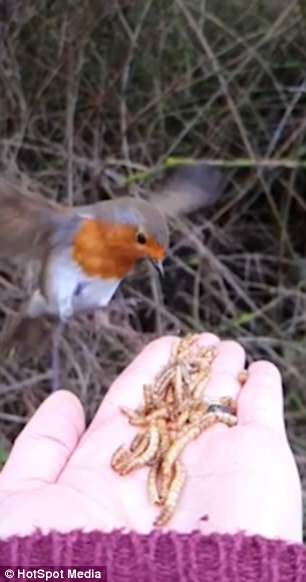 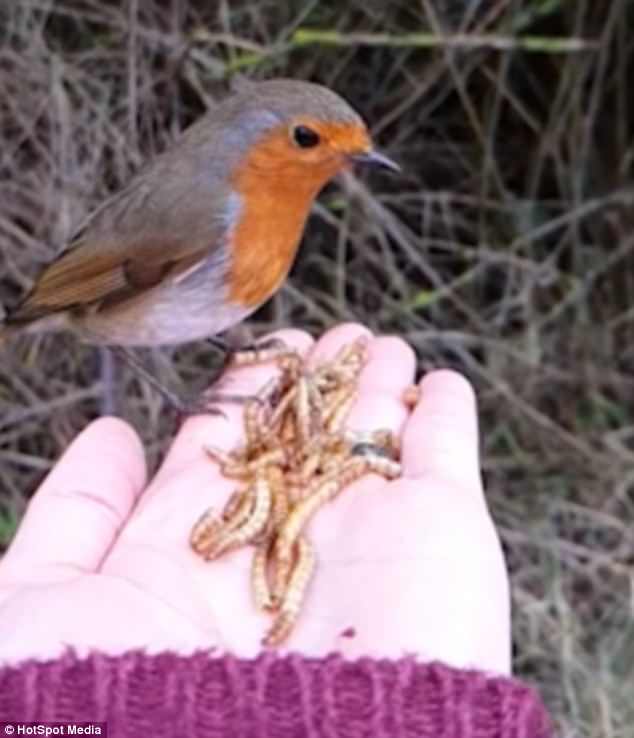 A still from the clip captured by 43-year-old Jemma Greef at a nature reserve in Titchwell, Norfolk

‘A few seconds later the robin flew onto my hand where it happily fed on the worms.’

She added: ‘Afterwards, when I watched back the footage, I couldn’t believe how detailed the quality was.

‘Robins are such beautiful, friendly birds – it was an amazing experience.’ 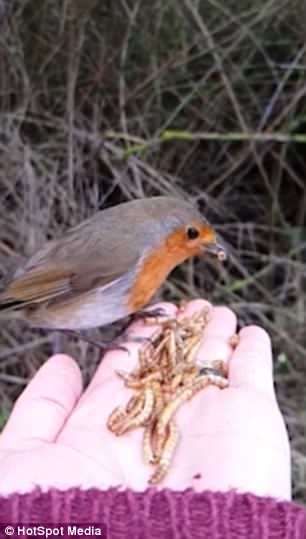 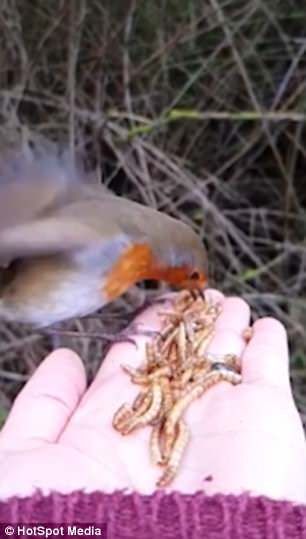 The striking little bird pecks at the feed. Seconds later, it flies back to its perch on a nearby branch