KHARTOUM (Reuters) – The head of an official Sudanese investigation said on Saturday 87 people were killed when security forces broke up a protest on June 3, a figure that prompted demonstrations across the capital as opponents of Sudan’s military rulers dismissed it as far too low. 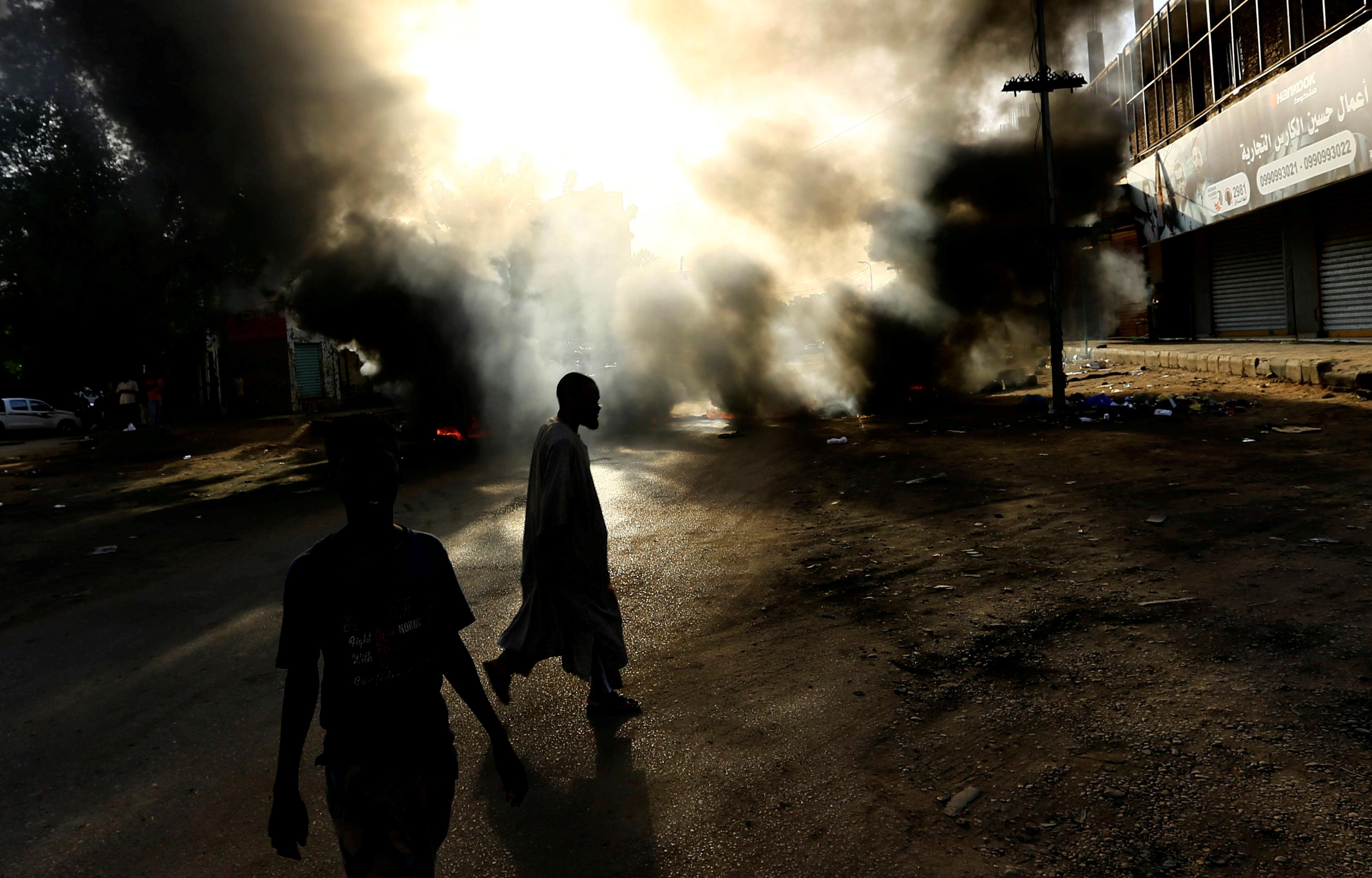 Fath al-Rahman Saeed, the head of the investigative committee appointed by the public prosecutor, said members of the security forces fired live ammunition at protesters in Khartoum who were demanding the military cede power.

Reflecting anger at the findings, dozens of protesters chanted slogans against the committee in Khartoum’s Burri district and burned tyres in the street, witnesses said.

Saeed told a news conference three officers had violated orders by moving forces into the sit-in area outside the Defence Ministry, a focal point during protests that led to the ouster of long-time President Omar al-Bashir on April 11.

Saeed said 17 of the 87 people killed were in the square occupied by protesters in the worst bout of violence since Bashir was toppled. He said 168 people were wounded, with 48 of them hit by bullets.

“Some outlaws exploited this gathering and formed another gathering in what is known as the Columbia area, where negative and illegal practices took place,” Saeed said, adding one of the three officers involved ordered his forces to whip protesters.

“It became a security threat, forcing the authorities to make necessary arrangements to clear the area,” Saeed said.

The committee’s findings put the death toll higher than the Health Ministry’s previous estimate of 61. But opposition medics have said 127 people were killed and 400 people wounded.

On Saturday night, police fired tear gas and stun grenades at hundreds of protesters in the neighborhoods of Burri and Riyadh and on Sitteen Street, a Reuters witness said.

“The martyr’s blood is not gone! We wear it as a scarf!” demonstrators chanted as they barricaded roads with concrete slabs and torched tyres, and smoke billowed over the neighborhoods.

Protesters also took to the streets across the Nile River in Khartoum’s twin city of Omdurman and in Khartoum North, witnesses said. Hundreds also demonstrated in Haj Youssef, a working class district of Khartoum where heavy clouds of tear gas filled the air.

Unlike at previous protests, the paramilitary Rapid Support Forces, headed by the military council’s deputy, and National Security and Intelligence Agency personnel were not seen.

“The findings of this committee represent a shock to the Sudanese street and the regional and international communities,” said Ismail al-Taj, a leader in the Sudanese Professionals’ Association (SPA), part of the opposition coalition.

“Reality says that there are closer to 130 martyrs,” Taj said, adding that the committee relied on Health Ministry records, which he said were inaccurate.

But he said the committee’s assessment would not affect the political process.

The opposition Forces of Freedom and Change is negotiating with the ruling military council to finalise an agreement for a three-year transition to elections. The two sides signed a deal on July 17 determining the transition’s institutions.

Negotiators traveled on Saturday to Juba, the capital of South Sudan which seceded from Sudan in 2011, to work on a constitutional declaration to determine the role of a new council to run Sudan. Direct talks are expected on Sunday.

After the Juba talks, state news agency SUNA said the military council reached an agreement with the wing of the armed Sudan People’s Liberation Movement-North headed by Malik Agar.

The council and the armed group agreed on “amnesty for all political detainees, dropping death sentences handed in absentia against leaders of armed movements, as well as opening paths and corridors to deliver humanitarian aid to war-affected people in conflict zones,” SUNA said. They also renewed a cessation of hostilities agreement.

Talks with the SPLM-N’s wing headed by Abdelaziz al-Helew will continue, SUNA said.

The investigative committee into the June 3 violence found some members of a joint force tasked with clearing the Columbia area “exceeded their duties and entered the sit-in square … and fired heavily and randomly”.

Saeed gave the ranks and initials of eight officers charged with crimes against humanity, which is punishable by death or life imprisonment under military law. He did not give full names.

A brigadier general, referred to as A. A. M., mobilized a riot force of the Rapid Support Forces, on the orders of two senior officers but not members of Sudan’s top leadership, and told them to whip protesters, Saeed said. 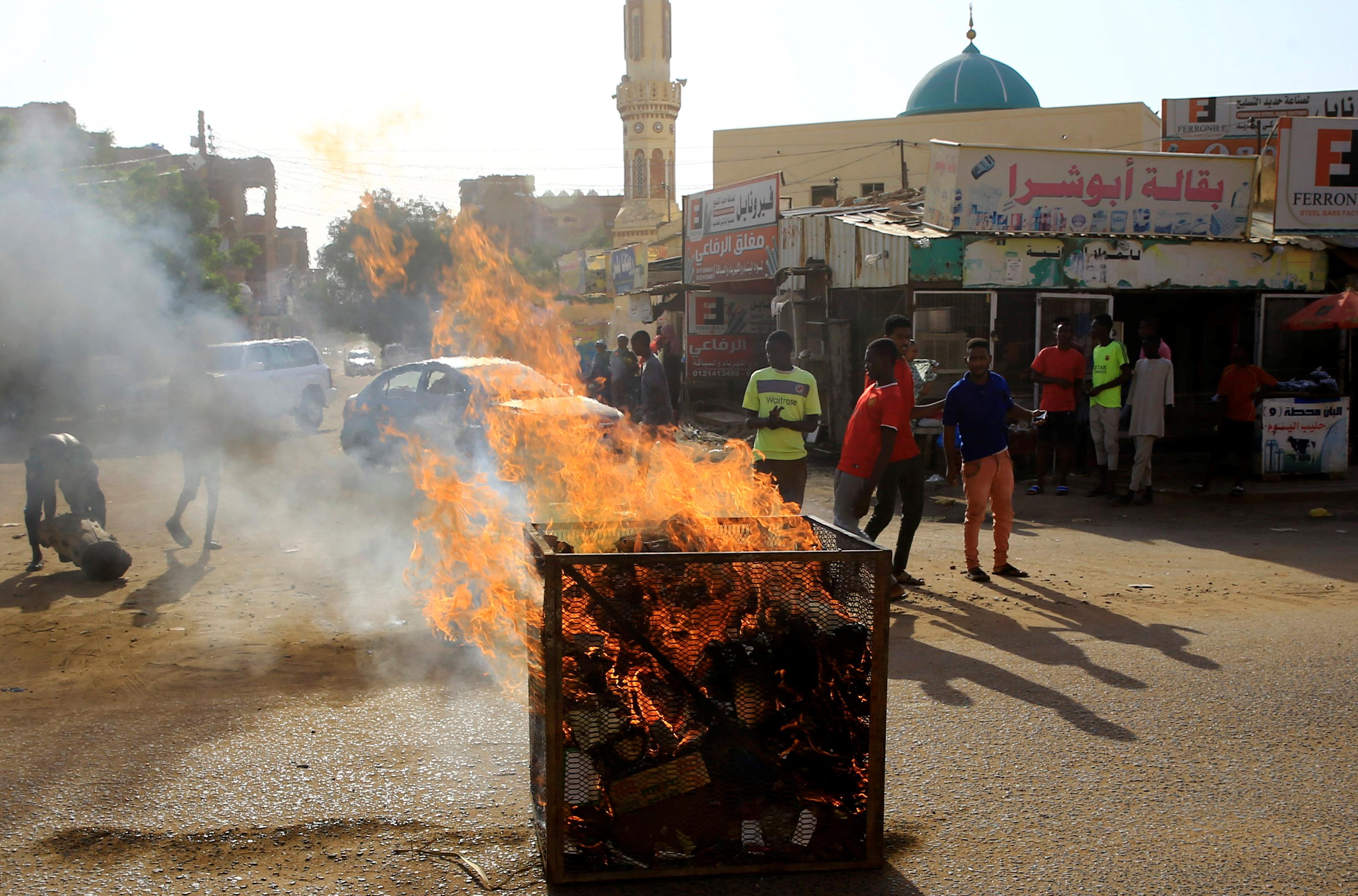 Saeed said the committee had not uncovered any incidents of rape, although U.S.-based Physicians for Human Rights cited local medics as saying women had their clothes torn off and were raped.

It was not possible for Reuters to independently verify the reports of rape. Activists say Sudanese women are reluctant to publicly say they were raped to avoid social sigma.