Suicidal woman, 23, in Canada is saved by 999 operators 5,000 miles away on Christmas Day after accidentally calling Surrey in the UK rather than Surrey in British Columbia

A suicidal woman in Canada was saved by a festive miracle after a 999 operator 5,000 miles away in the UK picked up the phone to the troubled caller.

The desperate victim, based in the city of Surrey in Canada, mistakenly made a cry-for-help to police in Surrey, UK.

The 23-year-old was kept talking on the line by the compassionate call handler in Guilford while colleagues raced to make contact with a Canadian police woman, who was working on a foreign attachment at the time in Surrey, UK. 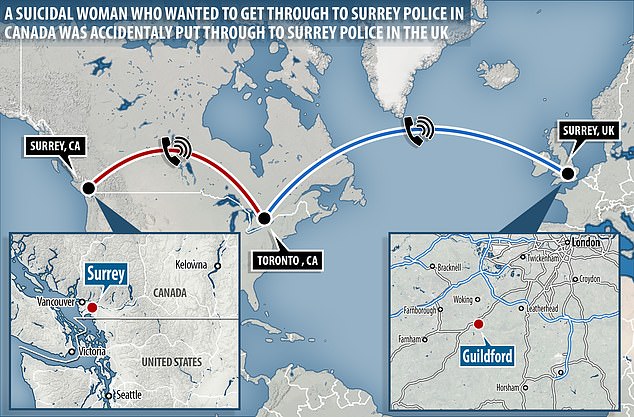 Map above shows where both Surrey in Canada is located, as well as Surrey in the UK

PC Antoinette Rowe from Toronto saved the victims life by alerting police in Canada that there was a suicidal woman in need of their help.

PC Rowe had been staying with another UK police operator and UK-based school friend Vanessa Reynolds over Christmas when the incident occurred.

After fellow call operator Ellie Benson had kept the line open with the 23-year-old during a tense 30-minute exchange, PC Rowe called her Vancouver counterparts – more than ten hours away by plane – to alert them to the emergency. 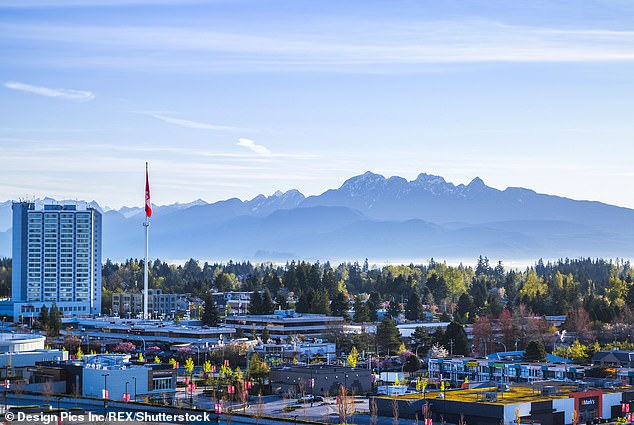 Surrey, Canada (pictured above) where the troubled caller had meant to call through to 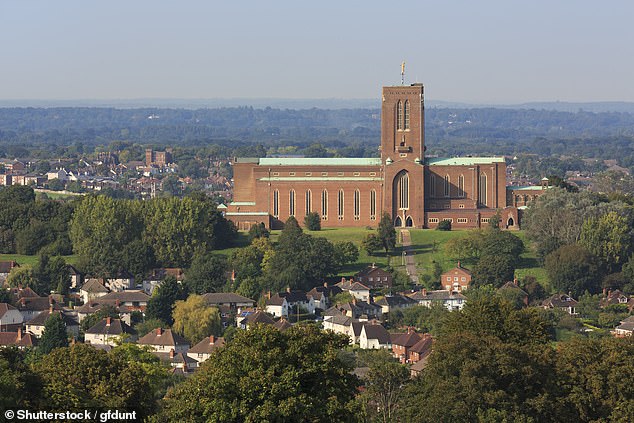 Guilford, Surrey, in the UK (pictured above) who received the call for help from the suicidal woman

Ms Benson had originally been tasked with monitoring the force’s social media channel but following her intervention, and the chance helping hand of the temporary officer, Canadian police were able to find the woman alive and take her to hospital.

Remarkably, PC Rowe was not even meant to be on call that day after her host Ms Reynolds forgot she was working that day, but the officer received the green light to join Ms Reynolds on the Christmas shift.

Ms Reynolds said: ‘It certainly wasn’t the plan for Christmas morning! I invited Antoinette to stay over Christmas, before I realised I was working. 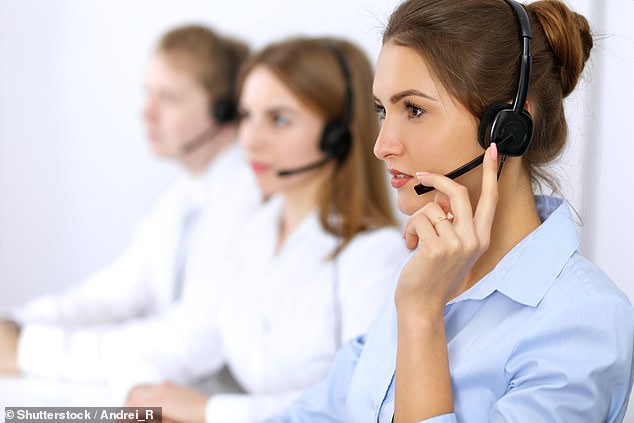 Following intervention from the call centre team in Guilford, the woman was helped by Canadian police (picture for illustration only)

‘Being a Canadian police officer, she was given the green light to join me in the contact centre. And then we put her to work. Thankfully, once we were able to speak to the relevant people, we were able to find the woman and get her the help she needed.’

Ms Benson reflected: ‘We get a number of messages from people who have mixed up Surrey, England with Surrey, Canada. I was trying to get information out of her in order to provide the help she needed. We spent half an hour trying to work things out.

How police forces 5,000 miles apart dealt with the incident

‘It helped that PC Rowe was in the contact centre at the time and was able to use her contacts to get information, and we were able to work it out in the end. We were delighted to hear from an officer in Canada that they had been found, and were being given the help they needed.

‘It was a great Christmas coincidence and I’m delighted that it had a positive ending. It warmed the heart on Christmas morning.’

The incident has helped bring the two unlikely forces together, and PC Rowe will now be liaising with her counterparts in Canada to enable closer co-operation.

Assistant Chief Constable Nev Kemp said: ‘Although the woman lived on the other side of the world, it’s the police’s duty to help those when they need it.

‘It’s a lucky coincidence that Pc Rowe was on attachment at the time and was able to provide assistance by speaking to colleagues in Canada that we were able to reach the woman quickly.

‘This just goes to show that where saving a life is concerned borders and time zones don’t matter and we will do what we can to help our friends in blue around the world.’

For confidential support in the UK call the Samaritans on 116123 or visit a local Samaritans branch, or see samaritans.org for details.