Families are being offered mortgages at historically low rates in a pre-Brexit sales war.

Deals for first-time buyers are the cheapest on record and five-year fixes can be secured for just 1.64 per cent. 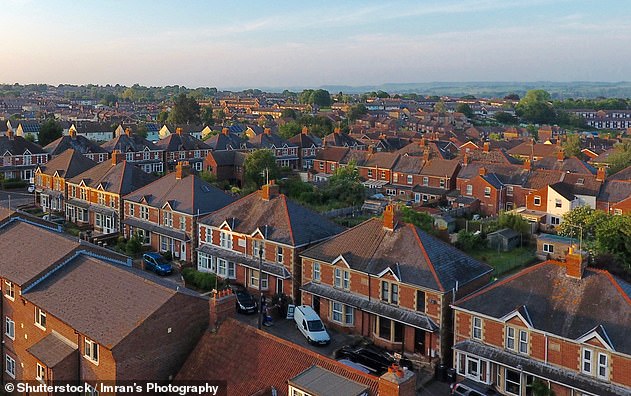 Banks are offering the bargain prices to win customers keen to complete before October 31.

Their borrowing costs are also lower because the Bank of England is expected to cut its base rate later this year.

Research by Money Mail shows that: 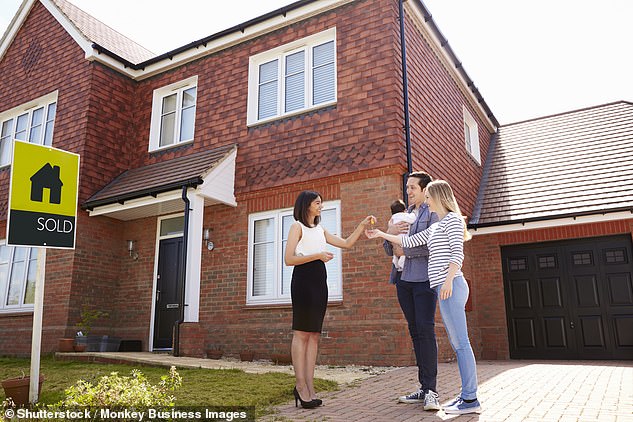 Deals for first-time buyers are the cheapest on record and five-year fixes can be secured for just 1.64 per cent [File photo]

‘We are now in the middle of an extraordinary mortgage price war,’ said Aaron Strutt, of broker Trinity Financial.

‘The biggest lenders are using their financial muscle to offer some incredibly good deals. This really is the summer of mortgage madness.’

In July, the most recent month for which figures are available, banks approved 95,000 mortgage applications – the most in a decade. Agents also reported a busy summer.

The 15-year mortgage has made a comeback. The number of deals on the market of this length is now close to 2007 levels.

Virgin Money was the first to release its long-term range in July and offers the lowest 15-year rate at 2.55 per cent.

Such deals had not been available since 2009 when they were over 6 per cent.

Adrian Anderson of mortgage broker Anderson Harris said: ‘Borrowers do need to watch out for the early repayment penalties.

‘They are high and in place for the whole 15-year term. It is important that borrowers look at early repayment charges and are confident they will not want to pay back the mortgage during the 15 years.’

Mark Hayward of the National Association of Estate Agents said: ‘The summer is typically a quieter period as house buyers and sellers put their plans on hold with housing market activity stalling as a result. However, this has not been the case this year.

‘Buyers can only delay the need to move for so long and we’re now seeing buyers storm the market hoping to complete transactions before the end of October.’

Sam Mitchell, of online estate agent Housesimple, said she suspected home movers were trying to complete deals before the Brexit deadline of October 31. She added: ‘Who knows what will happen post-Brexit… but the worst thing people can do is sit on their hands and take the “wait and see” approach.’

In addition, while banks usually reprice their loans just once a month, Barclays, for example, has cut rates four times in August.

It is offering the cheapest five-year fix – 1.64 per cent for borrowers with a 40 per cent deposit. That is just 0.05 per cent higher than the lowest rate on record.

The price gap between the average two- and five-year fix has also narrowed to just 0.36 percentage points – 2.49 per cent and 2.85 per cent.

More than 170,000 first-time buyers got on the housing ladder in the first six months of 2019, a 12-year high, according to Yorkshire Building Society. 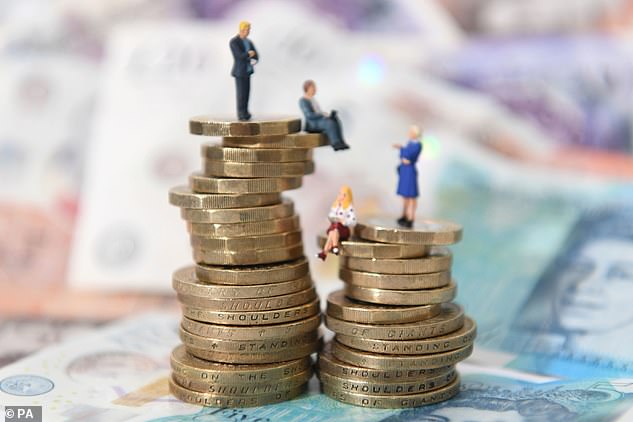 However, Mr Strutt said: ‘There is a danger borrowers could be stuck on an expensive variable rate if house prices go down and they have a very low deposit mortgage.’

Last month mortgage firms loaned £13.1billion, the largest amount since September 2007, according to figures from the Bank of England.

Rachel Springall of Moneyfacts urged borrowers to take advantage of the rate war.

She said: ‘There is really no telling how long it will last so if consumers are not careful they could miss their opportunity to secure one of the lowest rates seen in some time. In recent years we have seen some of the most lucrative incentives offered.’