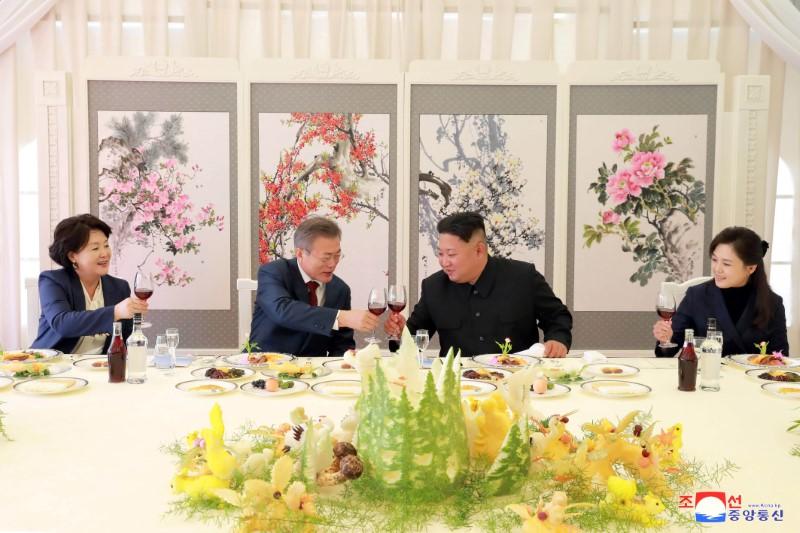 SEOUL (Reuters) – South Korean military transport aircraft began a tangerine airlift to North Korea on Sunday, the first of a gift of 200 tons of the fruit from the southern island of Jeju, South Korea’s presidential Blue House said.

North Korea has pursued nuclear and missile program in defiance of U.N. sanctions and South Korean officials said last week they had tested the mushrooms for radiation after an opposition lawmaker complained.

The Jeju tangerines were packed in 20,000 boxes and will be flown to Pyongyang by four C-130 aircraft during multiple flights on Sunday and Monday, the Blue House said in a statement.

He vowed to work toward denuclearization during his historic June summit with U.S. President Donald Trump, but Pyongyang’s actions have fallen short of U.S. demands for irreversible steps to scrap its arsenal, including a full disclosure of nuclear facilities and materials.

That has left inter-Korean efforts limited by international and unilateral sanctions that bar many forms of economic interaction with North Korea.

But South and North Korea have conducted a number of inter-Korean projects designed to lower tensions, including joint sports and cultural events, closing some guardposts along their shared border, and regular high-level negotiations.