The rodents, measuring some nine inches long, have even learnt how to scale the walls of flats in Dumbiedykes, Edinburgh, Scotland.

Locals are now demanding pest controllers tend to the estate.

The Web designer filmed some of the monstrous creatures from his window, scurrying around in broad daylight.

Between three to five of the oversized rats are seen roaming on the streets and in the bushes outside of the man’s house before scurrying out of sight.

Mr Meneghini further added: “You see them running into the bin chute areas to get food because there’s a huge gap under the doors. You can put your fist through.

“They need to put brushes under the door to stop them.

“Everybody has noticed them and everybody is talking about it. People are horrified. Others have phoned the council as well to put pressure on 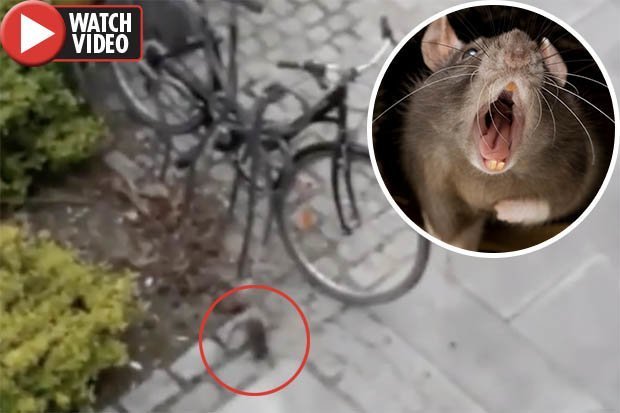 “Everybody has noticed them and everybody is talking about it. People are horrified. Others have phoned the council as well to put pressure on.

“They’re climbing the walls and trying to get on people’s balconies. They’re big as well – eight or nine inches.”

The resident added that he emailed the housing officer last week and has also told the residents association.

Andrea said: “The residents’ association said they’ll raise it at a meeting but they only meet once a month.

“It’s the same story all the time. All we seem to do is have meetings. Maybe we should invite the rats to a residents’ meeting.

It comes after a video captured dozens of rats raid a city centre takeaway.