This is the moment a race between a Ferrari and a Porsche on a busy road ends in a head-on collision that has left one driver dead.

The startling scene was recorded on a dashcam in the Zilina Region of northern Slovakia.

In the video, a yellow Ferrari can be seen on the wrong side of the road as it overtakes slower vehicles. 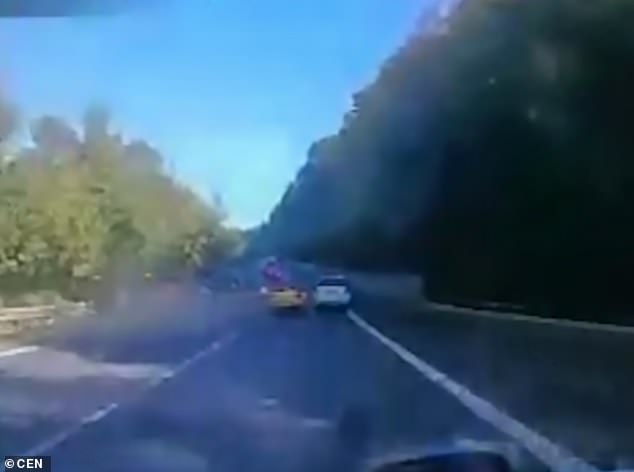 The Ferrari is quickly followed by a black Porsche SUV which appears to be racing against the yellow sports car.

The two speeding drivers then suddenly slow down when faced with an oncoming car, with the Ferrari swerving out of the way.

The Porsche driver cannot avoid the oncoming 4WD and crashes into it head-on, leaving the silver 4WD heavily damaged and the Porsche spinning across the lanes.

Local media report report the male driver of the oncoming car died as he was being transported to hospital while his wife, who was a passenger, was seriously injured. 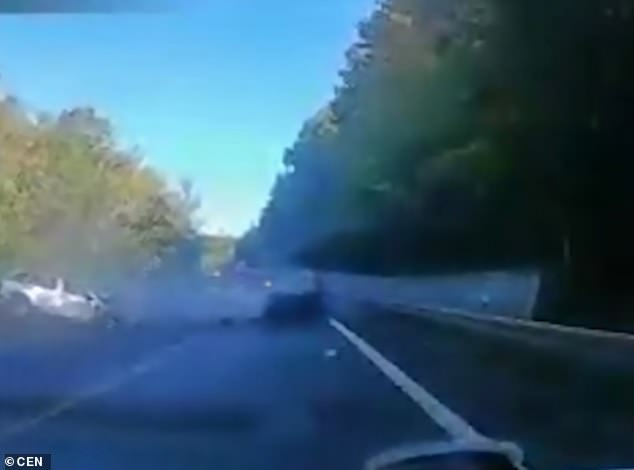 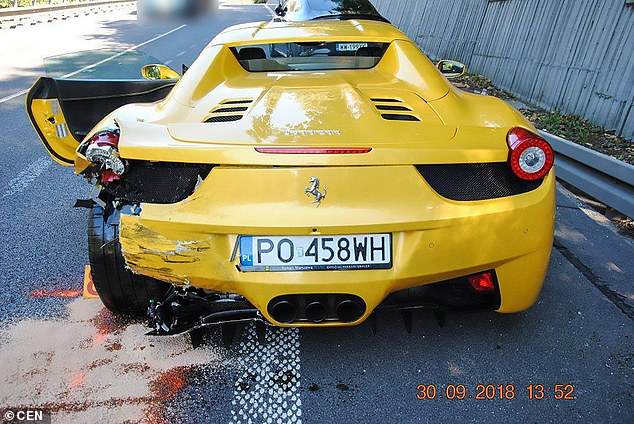 The drivers of the Porsche and Ferrari were reportedly arrested along with another driver who was involved in the alleged race. All three of those arrested are Polish nationals, according to reports.

Police officials told reporters they were taking the necessary steps to keep the suspects in custody.

All three racing drivers are currently being held on reckless endangerment charges which can carry up to 15 years in prison.

There is no update on the condition of the woman injured in the accident. 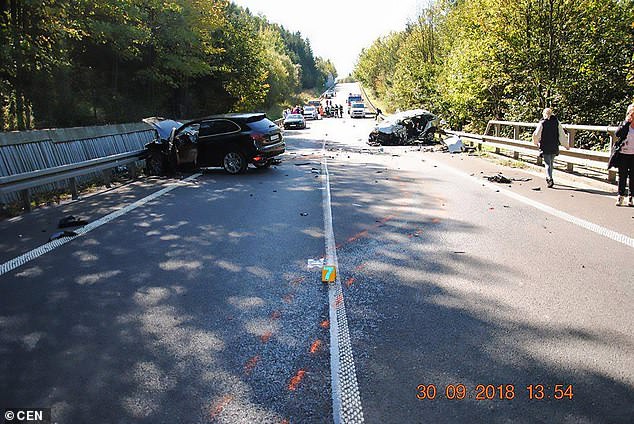 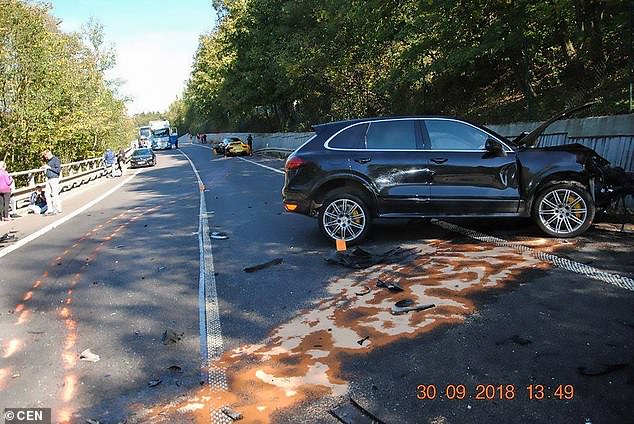