GAVA/MADRID, Spain (Reuters) – Spaniards revelled in a second day of freedom on Sunday, flocking outdoors in time-slots for age groups on the first weekend adults were allowed out since one of the world’s strictest coronavirus lockdowns was imposed in mid-March. 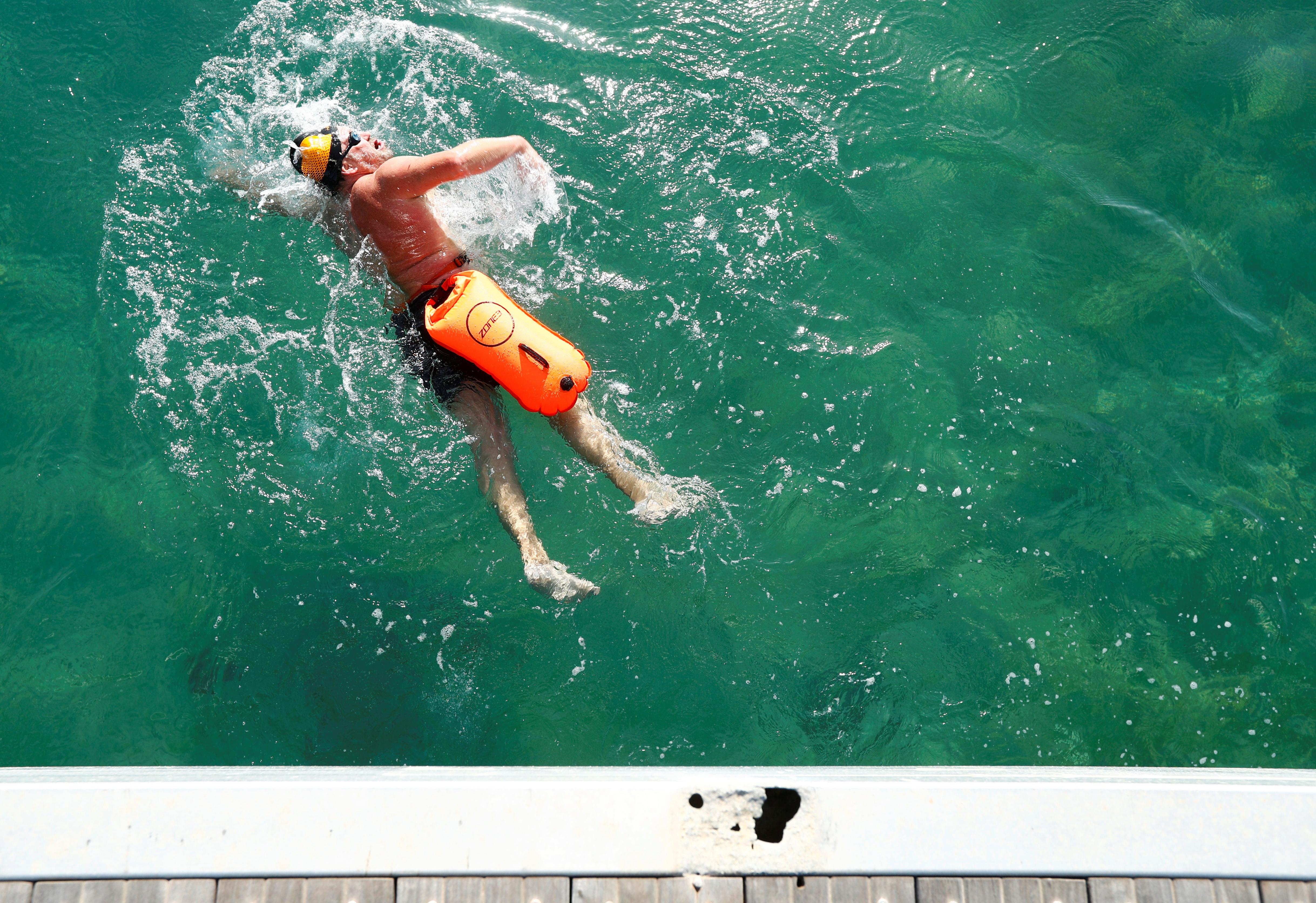 Though Spain’s appalling COVID-19 outbreak has shrouded the nation in mourning for more than 25,000 dead, there was much-needed relief on a sunny spring day as people at last headed back to the streets, hills and sea.

Surfer Sigrid Cervera, 44, yelled for joy as she jumped into the waves with her board in Gava, a town on the Mediterranean coast outside Barcelona.

“I have not been able to go surfing for ages so I am very excited this morning,” she said.

Joggers ruled the streets early on, before it was the elderly and then children’s turn – all under orders to stay 2 metres apart under continued social distancing guidelines.

“We can breathe,” exulted one elderly resident of Madrid, Maria Jesus, enjoying a walk in the city centre.

“At home, all you can do is open a window, and you open them every day, but it is not the same as being outdoors.”

One of the worst-hit nations, Spain’s death toll climbed by 164 in the previous 24 hours to 25,264, while cases reached 217,466, according to latest health ministry data on Sunday.

But the declining pace of deaths and infections has led Spain to start unwinding its stay-at-home order, with children allowed out under supervision from last weekend, and adults given permission to exercise outdoors from Saturday.

Walks and sports are allowed from 6-10 a.m. and 8-11 p.m., while children have the afternoons, and the elderly are given late morning and early evening windows.

“This is a great relief to me to get out and run again,” said musician Jordi Jornet, 45, who was jogging along the shore in Gava on Sunday after a run in the mountains the previous evening. He has been out of work since the lockdown, which has crippled Spain’s economy.

To prevent overcrowding, Barcelona’s city council barred entry to its urban beaches, so thousands converged instead on the beachfront boardwalk.

In the capital Madrid, where parks and other large public spaces remain closed, runners and walkers shared narrow pavements and walkways.

The relaxation of exercise restrictions is one of the first steps in a four-phase plan to reopen Spain by the end of June.

From Monday, businesses that operate by appointment, such as hairdressers and beauty salons, will resume limited services. 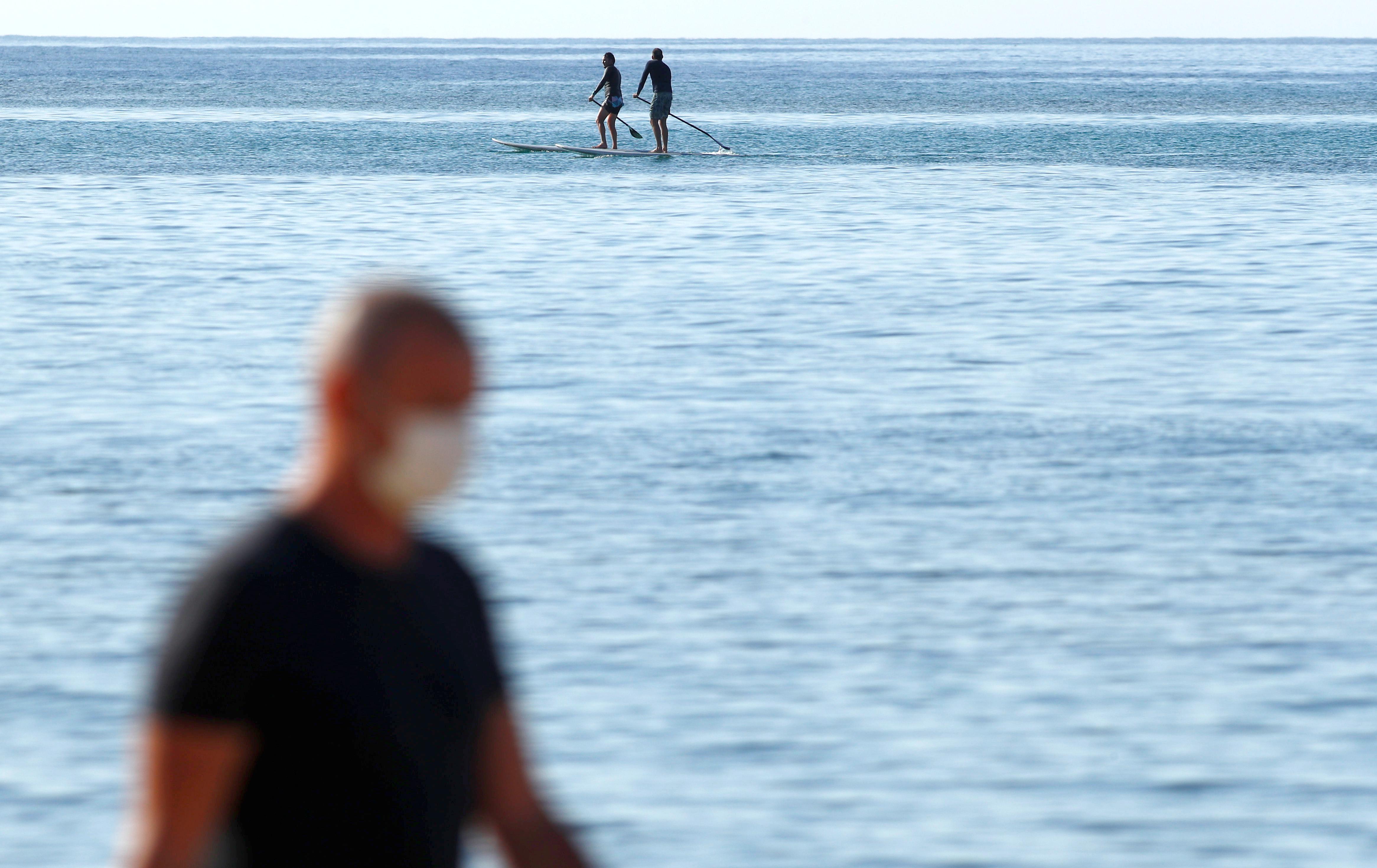 In the next stage, outdoor areas of bars and restaurants can open at 50% occupancy, while groups of up to 10 people will be allowed in public places and in homes.

Environment Minister Teresa Ribera, who heads the committee responsible for unwinding the lockdown, told El Pais newspaper people would have to be careful until at least October.

Health Emergency Chief Fernando Simon echoed that caution, telling reporters there was a high risk of a new outbreak.