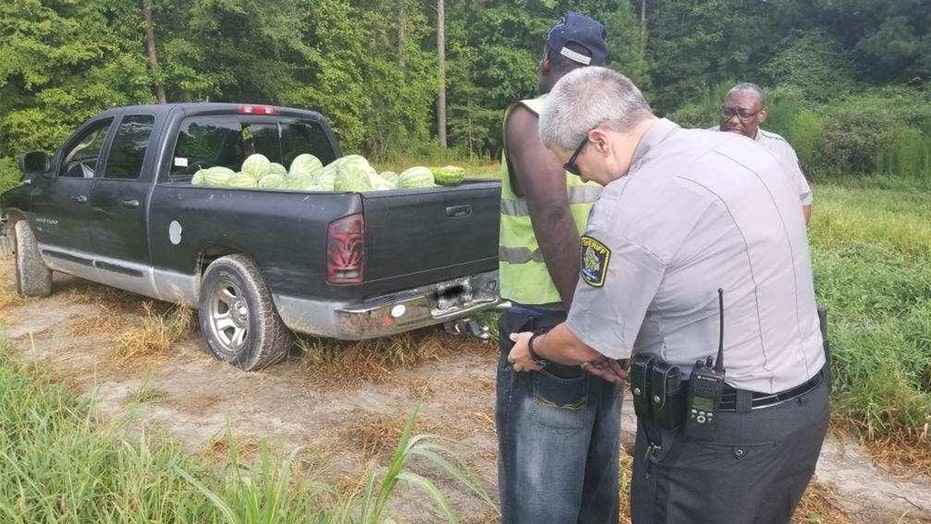 A suspected watermelon-stealing man in North Carolina was caught in the act after his pickup got stuck in the mud, investigators said.

The Edgecombe County Sheriff’s Office said in a news release that Friday’s incident began when two deputies were assigned to investigate a crops-theft report on Highway 97 near Rocky Mount. 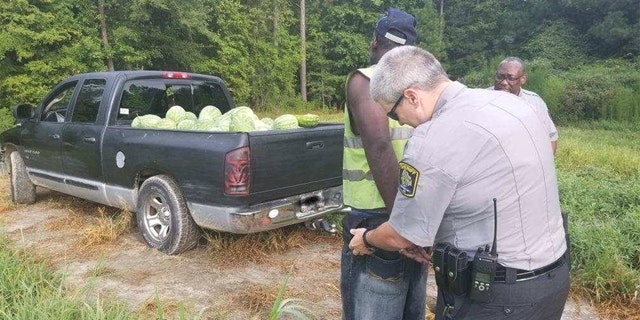 Deputies said two deputies found Michael Bryant with a load of stolen watermelons on Friday near Rocky Mount when they went to check out a theft of crops report.
(Edgecombe County Sheriff’s Office )

“When they arrived on scene, they found the suspect with a truckload of stolen watermelons, stuck in a field,” the news release said. 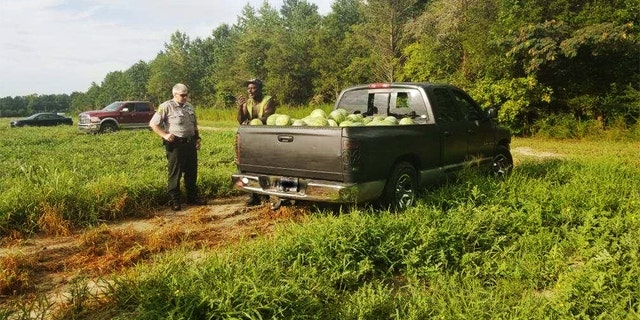 Bryant was locked up on a $500 bond, the news release said.

Rocky Mount is an hour's drive northeast of Raleigh.