SUSSEX has been rocked by a magnitude-3 earthquake that hit the English Channel.

The tremor was detected in the sea this morning around 30 miles from Eastbourne. 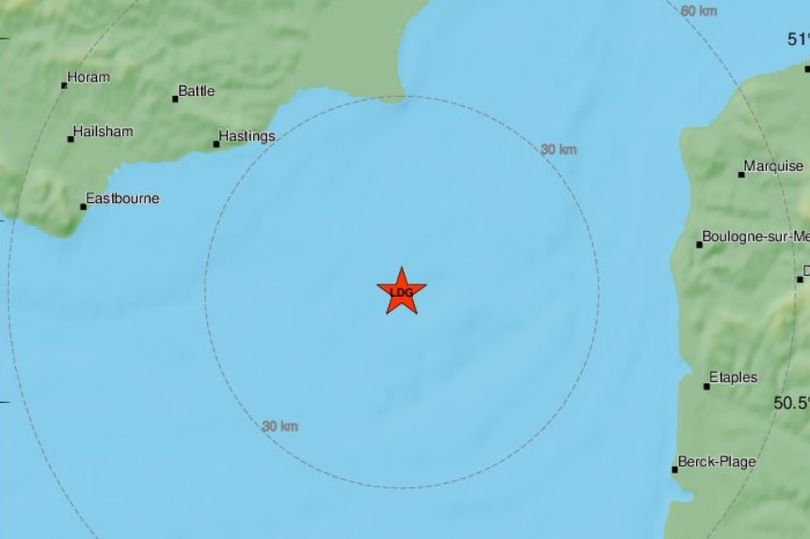 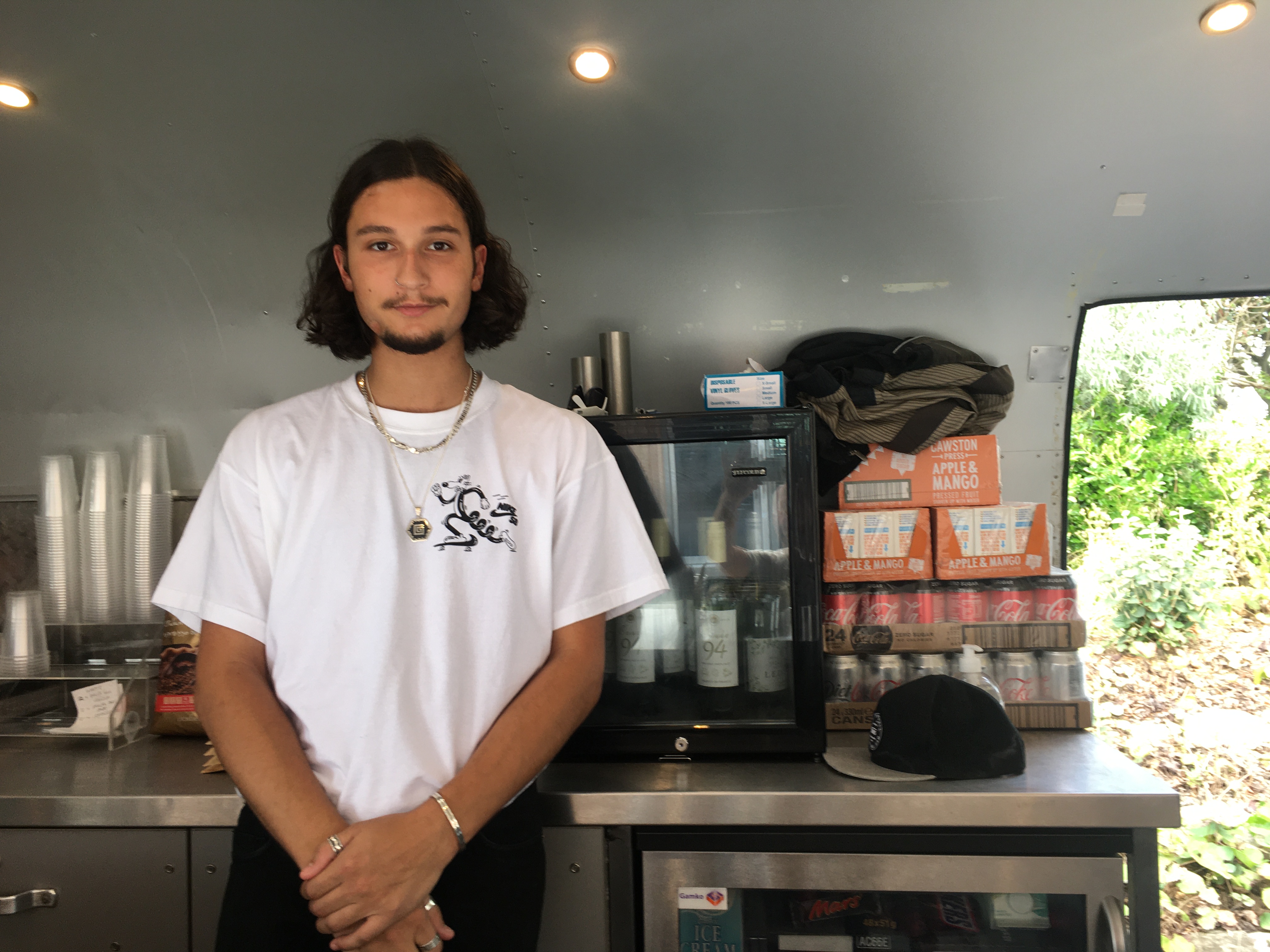 Barman William Ward was serving coffee on the seafront from the Bistrot Pierre when he saw the glass bottles shaking.

The 21-year-old told The Sun Online: "It was really weird, I was serving coffee at the time when I noticed the fridge containing the wine bottles was shaking.

"The glass was rattling, it was bit like Jurassic Park.

"I couldn't actually feel it myself but it lasted for about ten to 15 seconds and I assumed it must have been an earthquake.

"Luckily it wasn't more severe as I'm perched on the seafront in the cafe."

Another local tweeted: "As if I’m saying I’ve just been woken up by an earthquake again. What is happening?” 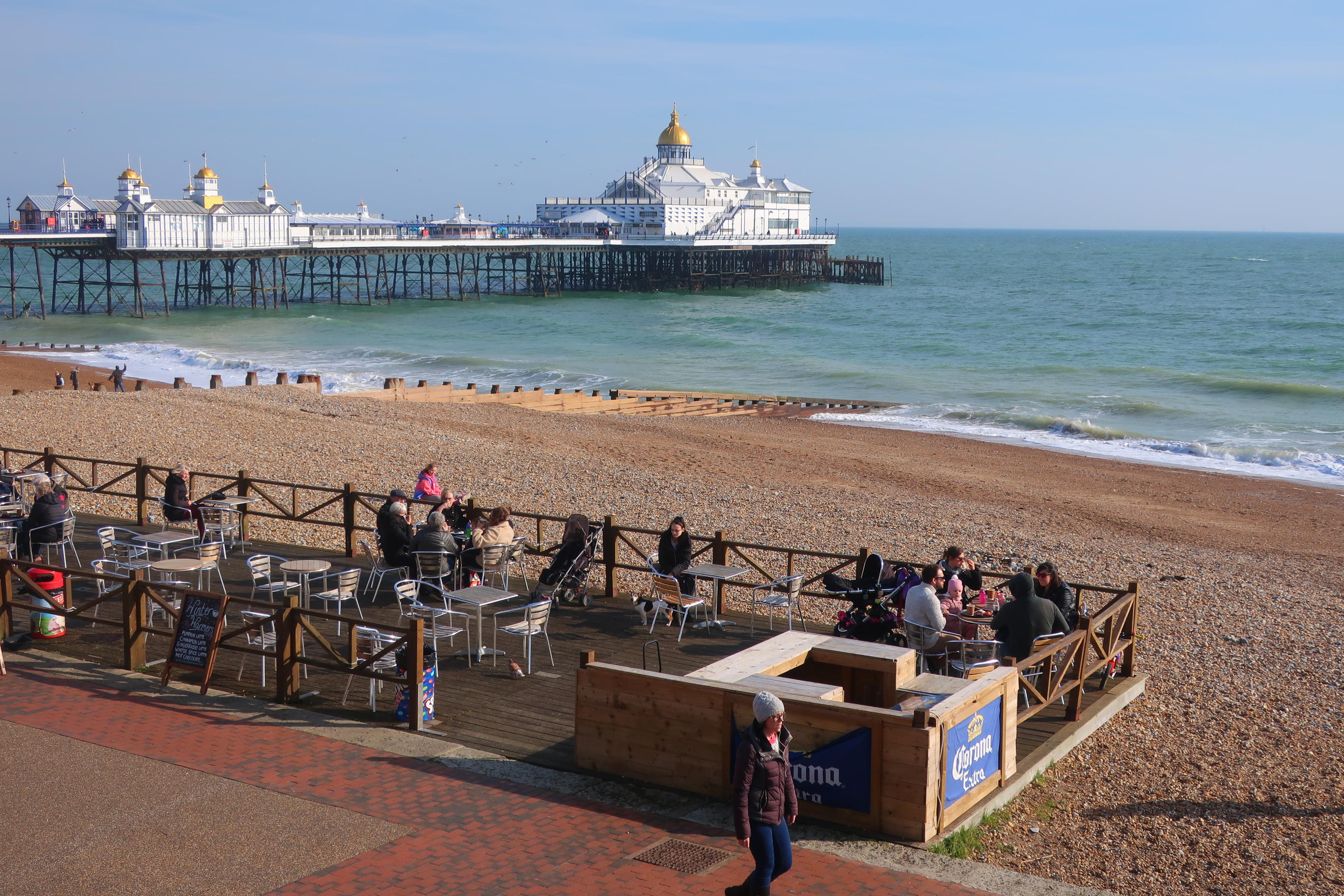 The British Geological Survey (BGS) has also received a number of reports from startled residents.

According to the European-Mediterranean Seismological Centre (EMSC), the quake was registered as 3.0 on the Richter scale.

This means it is considered a minor tremor but it can still be felt and cause minor damage.

The depth of the earthquake was 7km underground and was registered in popular resort Camber Sands 34km away.

It was also felt in Lewes 72km away and registered all the way in London, which is 121km away.

It is not the first time Sussex has been struck by an earthquake this year after a tremor was recorded at Gatwick on May 4.

The Richer scale is used globally to measure the power of earthquakes.

Britain has been rocked by a string of earthquakes this year – with nine recorded in January alone.

According to the BGS, between 20 to 30 earthquakes are felt by people in the UK each year, with a few hundred smaller ones recorded by sensitive instruments.

The UK experiences a magnitude 5 quake – which can damage buildings – roughly every 10 to 20 years.

The largest known British earthquake occurred in the North Sea near the Dogger Bank in 1931, with a magnitude of 6.1.

Despite being 60 miles offshore, it was still powerful enough to cause minor damage to buildings on the east coast of England.

But the most damaging UK earthquake was in the Colchester area in 1884 when several people were killed and shockwaves were felt as far away as the Houses of Parliament.