Stockholm has had diplomatic ties with North Korea since 1973, provides US consular services at its Pyongyang embassy. 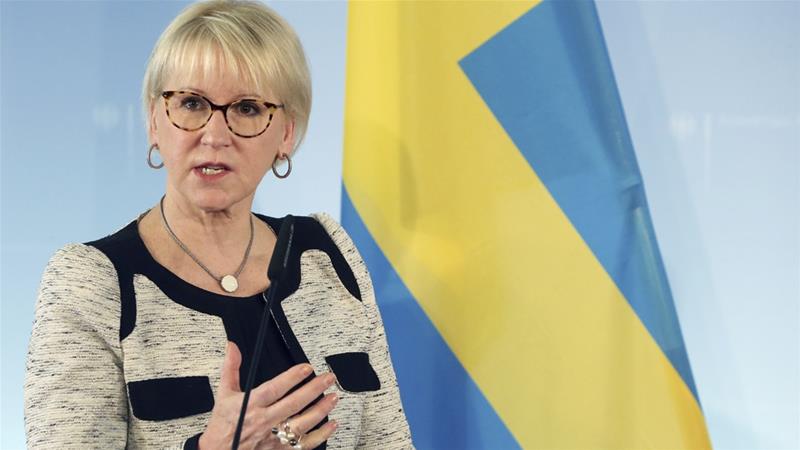 North and South Korean diplomats have held meetings with US envoys in Sweden amid efforts to set up a second summit between US President Donald Trump and North Korean leader Kim Jong Un.

Foreign Minister Margot Wallstrom also told Swedish news agency TT that she hopes the talks “will serve as a good preparation for an upcoming summit”.

Wallstrom did not disclose the venue or schedule for the talks. But Swedish media said they were believed to have been held at Hackholmssund, a conference centre northwest of Stockholm on Lake Malaren.

Sweden has had diplomatic relations with North Korea since 1973 and is one of only a few Western countries with an embassy there. It provides consular services for US citizens in Pyongyang.

As part of the run-up to the first Trump-Kim summit in Singapore, Sweden had also hosted North Korean Foreign Minister Ri Yong Ho in March 2018.

Trump is due to meet Kim in late February but will maintain economic sanctions on Pyongyang, a White House spokeswoman said on Friday.

That announcement coincided with the visit to Washington of former North Korean official Kim Yong Chol and hinted at movement on a denuclearisation effort that has stalled since a landmark first meeting between Trump and Kim in 2018.

A diplomatic source told Reuters news agency that the Swedish round-table conference had touched on the planned summit, while bilateral talks were also held on the sidelines.

“Different mechanisms for regional security have been discussed, that issue was something to which a lot of time was devoted,” the source said.

SIPRI, a Swedish research institute that looks into conflict and military spending, said their board chairman, Ambassador Jan Eliasson, who has held high diplomatic posts in Sweden and at the UN, and the institute’s director Dan Smith were also among the participants, along with other special envoys.