Police say the man,21, who witnesses say yelled “Allahu akbar” – or “God is great” – during the incident, has been arrested and is being questioned.

The body of a woman, 21, was found in an apartment building near the scene, at a busy intersection in Sydney.

Another woman aged 41 was stabbed in the back in the street and has been taken to hospital where she is in a stable condition. 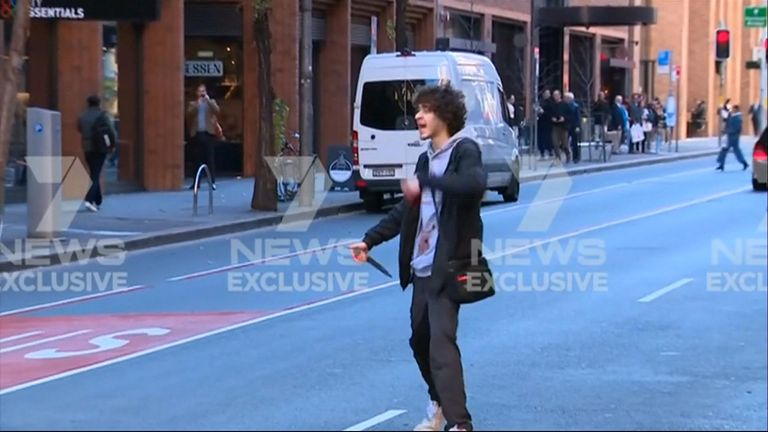 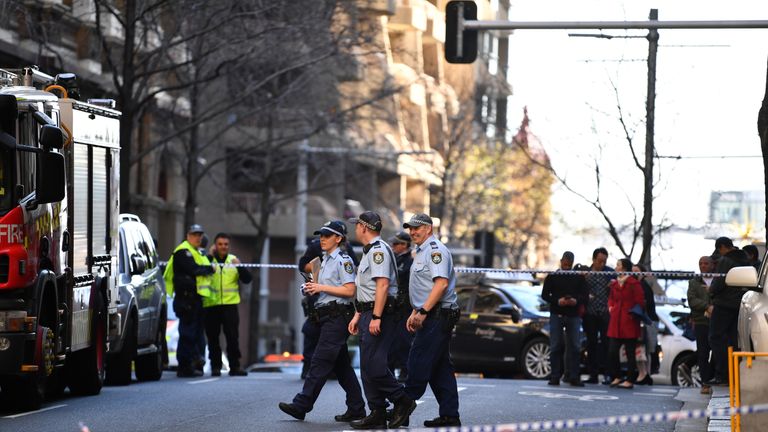 Lee Cuthbert, Paul O’Shaughnessy and his brother Luke, all from Manchester, were working in their recruitment company office when they heard shouting in the street and gave chase.

They managed to pin down the man and restrain him until police arrived.

Mr O’Shaughnessy said: “We saw what was going on and chased the man.

“He had a knife, it was covered in blood. He kept saying something in Arabic, he was clearly under the influence of something.

NSW Police Superintendent Gavin Wood, speaking to reporters near the scene, said: “A number of members of the public actually physically restrained the offender.

“And I want to acknowledge those people, those members of the public who got involved. They are brave, and I can only use that word seriously.

“They are significantly brave people. They approach the person… with clear evidence of a stabbing previously.

“These people are heroes, and I want to acknowledge that.”

“And I think it would only be appropriate for the commissioner and I to thank those three individual citizens who have acted well and truly beyond the call of any citizen in bringing this offender to bear.”

Although the incident is not being treated as terror-related, the knifeman was described by police as a “lone actor” who may have some terrorist ideologies.

NSW police commissioner Mick Fuller said: “Information was found on him that would suggest he had some ideologies related to terrorism… but he has no apparent links to other terrorist organisations.” A witness told reporters the man was screaming comments about religion, before yelling to police that he wanted to be shot.

Video footage showed a young man running across a city intersection and jumping on to the hood of a car, waving what appeared to be a long-bladed knife.

“The attacker is now in police custody following the brave actions of those who were present at the scene and were able to able to restrain him.”