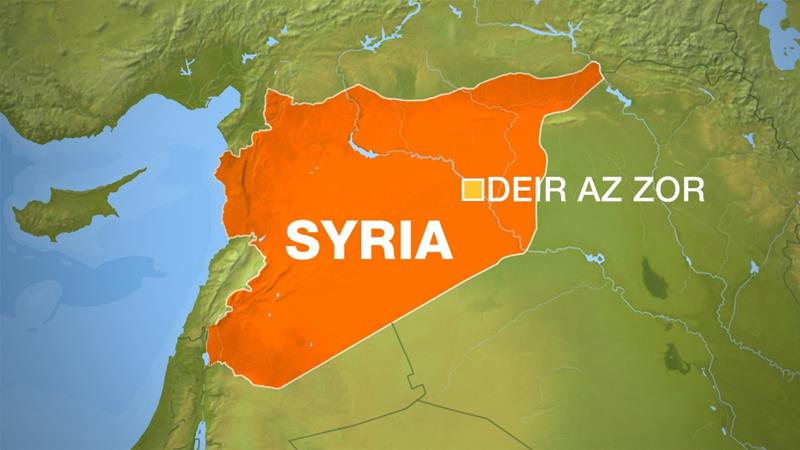 US-backed Syrian Democratic Forces (SDF) repelled a Syrian government attack on a string of villages along the Euphrates River in the eastern Deir Az Zor province.

A statement by the Kurdish-led SDF said on Sunday its fighters mounted a counter-offensive against troops loyal to President Bashar al-Assad, adding they were driven “far away” from the villages they had momentarily captured earlier in the day.

A US army statement sent to Reuters news agency confirmed the attack on SDF forces by what it called “pro-regime forces” near Deir Az Zor city, and said the “coalition used established de-confliction channels to de-escalate the situation”, without elaborating.

“The coalition remains committed to our SDF partners in the campaign to defeat Daesh [Islamic State of Iraq and the Levant] in eastern Syria,” the statement said.

The SDF statement, however, did not specify if the US coalition partook in the military operation. US forces have established a strong presence in eastern Syria, where much of the country’s oil and gas reserves are located.

A Western diplomatic source told Reuters that US coalition fighter jets participated in the counter-offensive against the Syrian troops, which included Iran-backed militias operating in the area. This was later confirmed by an SDF source.

The SDF, led by the Kurdish People’s Protection Units (YPG), have assumed control of much of the territory east of the Euphrates since its recapture from ISIL.

The two sides have rarely clashed with one another as much of the attention had been directed at defeating ISIL, which dominated much of the area since it declared its caliphate in 2014.

The Russian-backed Syrian army has avoided direct confrontation with SDF forces in its campaign against ISIL and kept away from their areas east of the Euphrates, focusing on regaining territory from ISIL fighters west of the river.

Earlier in February, US air strikes resulted in the death and injury of hundreds of pro-government forces, including Russian defence contractors who were advancing towards one of the largest SDF-controlled gas fields in the city of Deir Az Zor.

SDF forces accuse the Syrian government of attempting to disrupt US attempts to resume an imminent offensive against ISIL in several areas along the Euphrates River that are still under the group’s control.

US Defence Secretary Jim Mattis said on Thursday his country was looking to “re-energise” efforts against ISIL fighters in eastern Syria in the coming days.

Washington has said in recent days SDF soldiers were returning to the area to launch new operations aimed at defeating the armed group.

Meanwhile, SANA reported on Sunday that a deal had been reached for the evacuation of the Palestinian refugee camp of Yarmouk, where ISIL fighters have been holed up in southern Damascus.

The transfer of “terrorist groups” to rebel-held areas of northwestern Syria would begin on Monday, said SANA, without naming ISIL. There was no confirmation from armed groups in the area.

Syrian government forces continue to launch air strikes on ISIL-held pockets in Hajar al-Aswad, one of the neighbourhoods of the besieged Palestinian refugee camp. 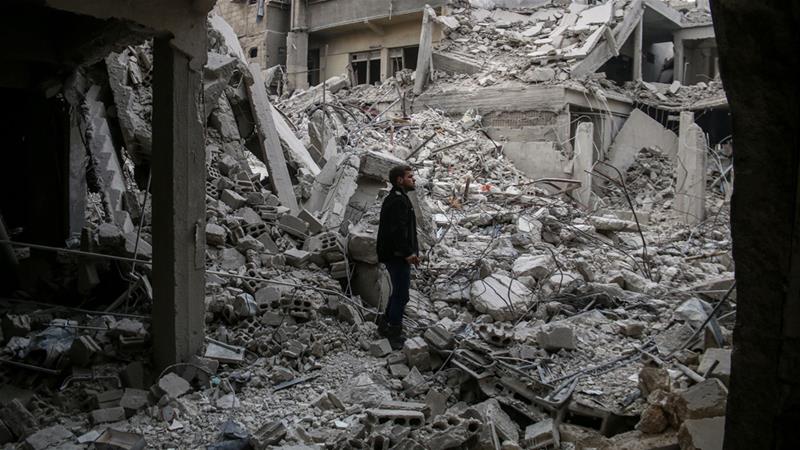 Who is to blame for the ongoing war in Syria?