Interior minister says ‘nothing like deportations’ are happening in Turkey as activists, rights groups document cases. 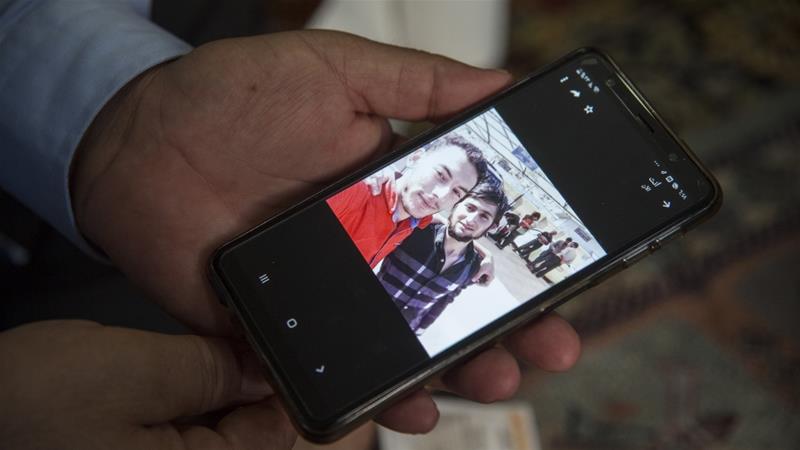 Istanbul, Turkey – Ab Kinan’s* small-scale export business in Aksaray, Istanbul, has been closed for weeks, although not by choice. Turkish police arrived at the premises unannounced on July 23 and arrested Ab Kinan and a fellow Syrian colleague.

Ab Kinan had lived in Turkey for five years and held an ID registered in Istanbul for the last three. He told Al Jazeera that after being held for nearly a week, he was deported to Idlib, a province in northwest Syria under rebel control and facing bombardment from the Syrian government and allied Russian forces since late April, without receiving an explanation.

Since returning to his home country, he has moved between rebel-held Idlib city and the city of Afrin, which is controlled by Turkish forces and rebels, struggling to make a living and fearing for his wellbeing.

“I can’t feel safe in this country, the situation is really bad,” Ab Kinan told Al Jazeera by telephone. “I’ll try to re-enter Turkey and go to Europe or somewhere else. It’s really hard here.”

Last month, the Turkish government announced a crackdown on unregistered migrants in the metropolis of Istanbul, sparking a wave of panic and confusion among the million Syrians residing there.

The Istanbul governorate issued an official statement on July 22 stating Syrians living in Istanbul who had initially registered in other Turkish provinces would have until August 20 to return to those locations. The deadline was extended this week to October 30, while authorities included exemptions for Syrians with serious health conditions, students, business owners, taxpayers and employees registered with the Social Security Institution.

Roughly 350,000 Syrians residing in Istanbul are registered in other cities within Turkey, while approximately 100,000 hold no registration at all, according to figures provided by the Migrant Solidarity Association, a Turkish NGO.

Turkey hosts more than 3.6 million Syrian refugees, who have been offered “temporary protection” status, which provides them with limited rights to reside in the country, including access to education and healthcare.

Since the Istanbul crackdown was first announced on July 12, reports of deportations of Syrians, including some who were registered in Istanbul, have circulated in local and foreign news media.

The flurry of reported deportations prompted the formation of the We Want to Live Together Initiative, an Istanbul-based group comprising civil society members, parliamentarians and NGO workers.

The group, whose goal is to promote coexistence, has reported on the deportations of several Syrians and says many held temporary protection status. It claims that prior to being deported, some Syrians were pressured by Turkish authorities to sign forms waiving this status.

Turkish Minister of Interior Suleyman Soylu told Al Jazeera “there is nothing like deportations” happening in Turkey, but added that some Syrians choose to go back “voluntarily”.

He said people who are unregistered in any province are taken to existing refugee camps, where they undergo a registration process that lasts for up to 15 days before being sent to their new provinces.

Between July 18 and August 9, 3,784 Syrians once living in Istanbul but unregistered in the city were sent to camps, Soylu said.

One of the main ground crossing points to enter Syria from Turkey, the Bab al-Hawa border on the Syrian side, released figures showing the number of deportations from Turkey in July as 6,160, up from 4,370 the previous month and 3,316 in May.

Human Rights Watch has also documented cases of Syrians being arrested and forcibly returned to Syria prior to the announcement of the crackdown.

Under international humanitarian law, it is prohibited to send anyone back to a place “where they would face a real risk of persecution, torture or other ill-treatment, or a threat to life.”

Death at the border

While Syria remains an unsafe location to return to for many, attempting to re-enter Turkey also carries risks.

In a sparsely furnished apartment about a 30-minute drive from the centre of Istanbul, Hisham Mustafa’s widow sat in mourning, surrounded by female family members. Her three-month-old baby lay on the ground, cushioned by a blanket.

Mustafa was shot dead on the Syrian side of the border with Turkey on August 5, while attempting to cross into the country irregularly, according to his father, Abu Hisham, and sources who were with him at the time.

Originally from a town near Aleppo, Mustafa and his family had first arrived in Turkey three years ago. His wife was pregnant at the time and the couple received temporary protection status in Istanbul within seven months.

On the day he was killed, Mustafa was trying to re-enter Turkey after being arrested in a house raid on May 28 and deported to Syria on June 19, according to his father and the sources. 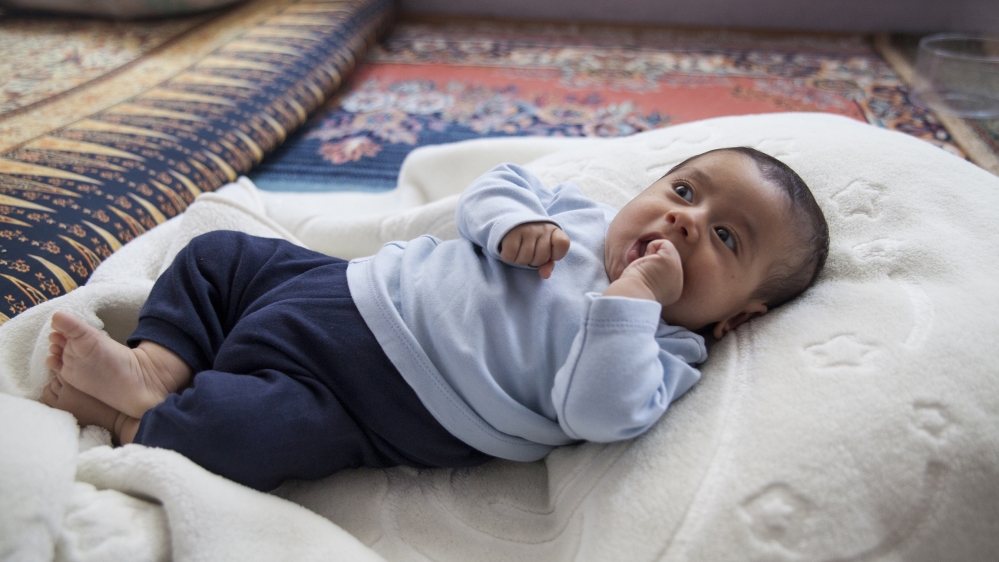 Abu Saif, 43, said he was part of a group of people who were with Mustafa when he was attempting to re-enter Turkey.

“We were going with a guide, we were away from the wall around 350 metres,” he told Al Jazeera by telephone from Idlib. “We sat there, almost hiding. We were checking if we could cross or not but there were soldiers around so we had to wait until really late at night.”

At approximately 10pm, the group heard incoming shots from the direction of the border, Abu Saif said.

The guide told them they should move further up, and started to prod Mustafa to get up.

“He kept poking Hisham [Mustafa], who didn’t respond. He thought he was joking with us. He then put his ear on Hisham’s heart, but he didn’t hear anything,” Abu Saif said.

Amid fire from the direction of the border, it took the group one hour to move Mustafa’s body to the closest road and hail a minibus, he added.

“We got him to the hospital and the doctor said the minute the bullet hit him [through the right ear] he passed away immediately,” Abu Saif said.

Soylu, the minister, said any allegation that Mustafa was shot by Turkish security forces at the border was false.

He said that if any incident like that had occurred on the borders of Turkey, it would have been reported to judicial authorities.

“Let’s say it happened, there would have been a criminal procedure … immediately for the individuals involved in this incident.”

In 2016, Human Rights Watch reported cases of people being shot while trying to enter Turkey irregularly. 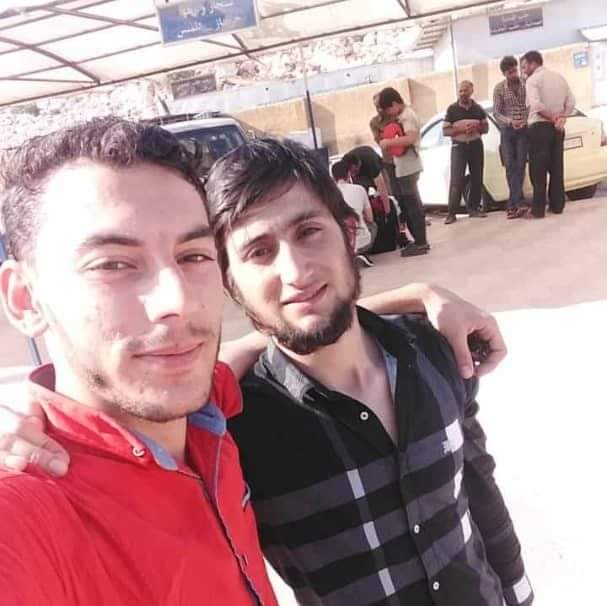 Soylu said the Istanbul Criminal Peace Court produced an order for Mustafa’s arrest at the end of May and that “it has been proven that this person is in line with the criteria, as an individual, [has] affiliation with terrorist organisations.”

“Hisham [Mustafa] has been sent to Istanbul Bilinic removal centre, while he was still residing in the removal centre, he said he is volunteering to go back to Syria on the 19th of June,” added Soylu.

When asked if Mustafa had been charged or tried in Turkey, Soylu said he was “not aware of this detail”.

Abu Hisham said Turkish police informed him multiple times there were no charges against his son.

Since the Turkish authorities announced the Istanbul move last month, Syrians have reportedly been arrested during raids on homes or workplaces, as well as during ID checks in the streets.

The report issued by We Want to Live Together Initiative outlines that refugees who contacted them claimed police officers used violence and threats of indefinite detention in an attempt to coerce them into signing a “voluntary return document”.

The document is written in Turkish, which not all Syrians read, and states that the signature brings to an end the protection Turkey provided to the signatory.

A spokesperson for the Turkish presidency told a news conference in early August that reports of Syrians being deported after being forced to sign voluntary forms were “completely false”.

But Eyup Ozer, a member of the We Want to Live Together Initiative, said it was unlikely people would voluntarily sign the forms.

“If this was true, why would people try and come back within two days?” Ozer asked. 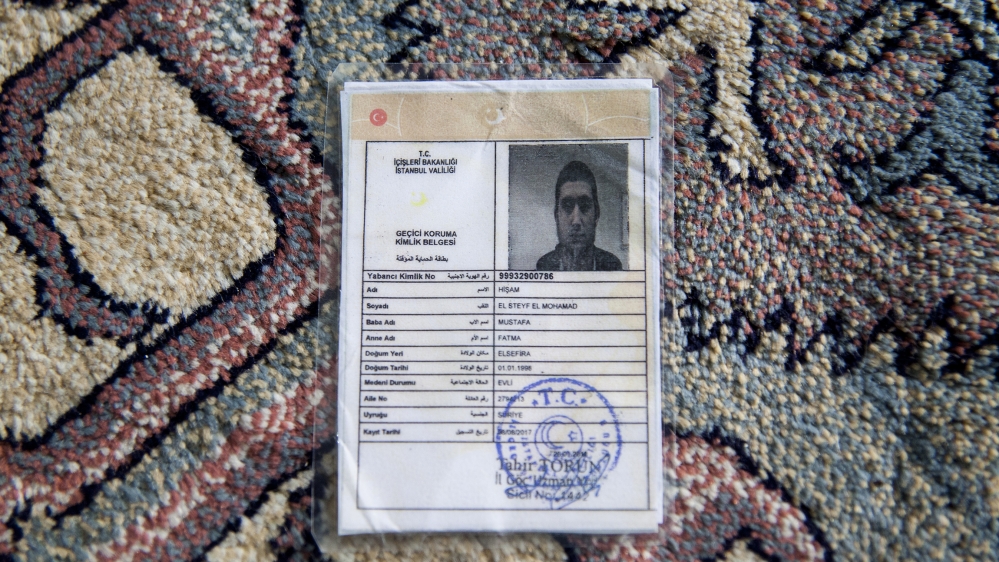 UNHCR Turkey spokeswoman Selin Unal told Al Jazeera she could not confirm if Syrians under temporary protection have been returned to Syria.

“The minister of interior has publicly declared and reiterated that no Syrians under temporary protection will be forcibly returned,” she said.

Abu Hisham said he felt deserted by humanitarian organisations and the UNHCR.

“No one backs us up,” he said. “If they consider us less than humans, then they won’t do anything.”