The Taal volcano eruption began on Sunday, January 12 in the Philippines, dropping ash over hundreds of thousands of people in the vicinity of the Batangas province. Authorities have since laid down an evacuation notice within an eight-mile radius of the mountain, warning people to flee potentially dangerous ashfall.

Volcanic lightning is a spectacular but rare phenomenon which comes after a volcano erupts.

The process has been documented for thousands of years, most notably when Mount Vesuvius erupted in the year 79.

Volcanoes seem the least likely cause of lightning, as they traditionally develop as a result of freezing water droplets colliding in the upper atmosphere. 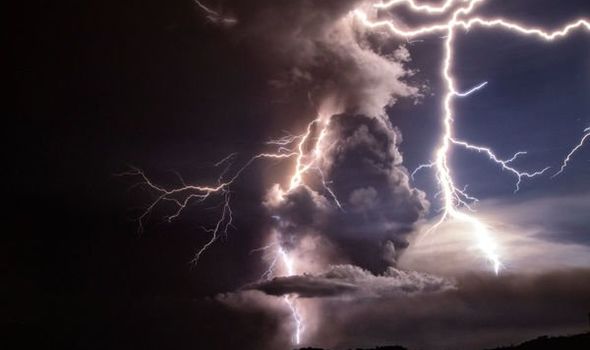 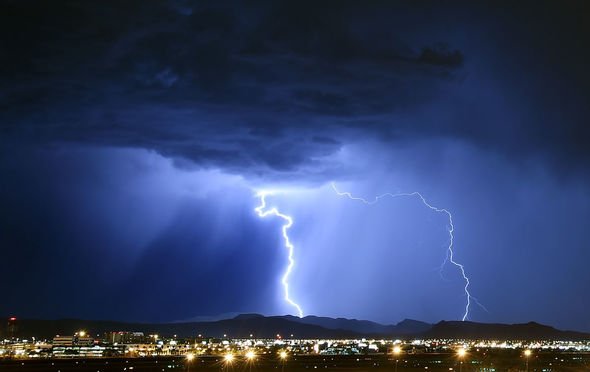 In a storm cloud, negative charges develop in the top, and positive charges at the bottom, leading electricity to flow between the layers as lightning.

The process of lightning formation in a volcano is less understood, and scientists are locked in debate as to what exactly causes the phenomenon.

Some scientists are united in the belief that lightning charges via the process of ash and debris moving through the atmosphere.

Once electrical charges separate over a significant distance (not difficult for volcanoes which spew ash thousands of metres into the sky) lightning arcs between them. 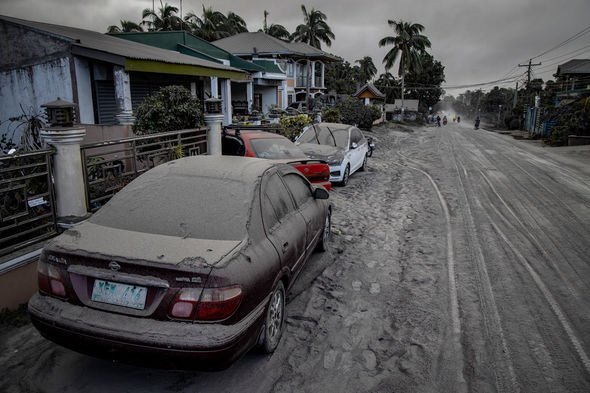 Research shows there is also a difference in the cause of volcanic lightning relative to ash-plume height.

Volcanic lightning is a hard phenomenon to study, as even the most active volcanoes erupt infrequently, and there are few tools which can accurately measure the conditions inside. 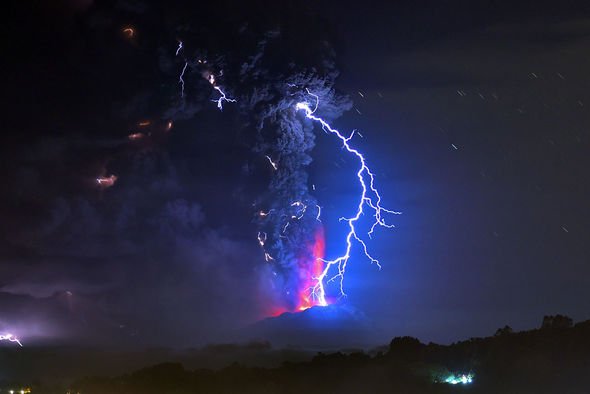 While volcanic lightning is not a threat to those outside of the immediate vicinity of a volcanic ash cloud, another phenomenon is an impending threat in the Philippines.

People living around the island which contains the fearsome Taal volcano might be at risk from a future volcanic tsunami.

The country’s Institute of Volcanology and Seismology (Phivolcs) recently upgraded the volcano’s alert level to four out of five.

With the heightened risk of a “hazardous eruption”, comes the threat debris could be cast out into the water nearby, creating powerful waves which ripple out to the coast.

According to Oregon State University, volcanic tsunamis may also arise due to underground explosions.

The tsunamis can also come from tectonic movement caused by the instability of a volcanic eruption.

Waves caused by the mechanisms can move at terrifying speeds ranging from 200mph in shallow water to 650mph.

Roughly five percent of tsunamis are caused by volcanic activity, and 16.9 percent of deaths relating to eruptions.