TAIPEI (Reuters) – Taiwan’s ruling party on Saturday showed support for a Hong Kong bookseller who fled to the democratic island amid fears of Chinese persecution, with President Tsai Ing-wen offering congratulations as he opened a new shop in Taipei. 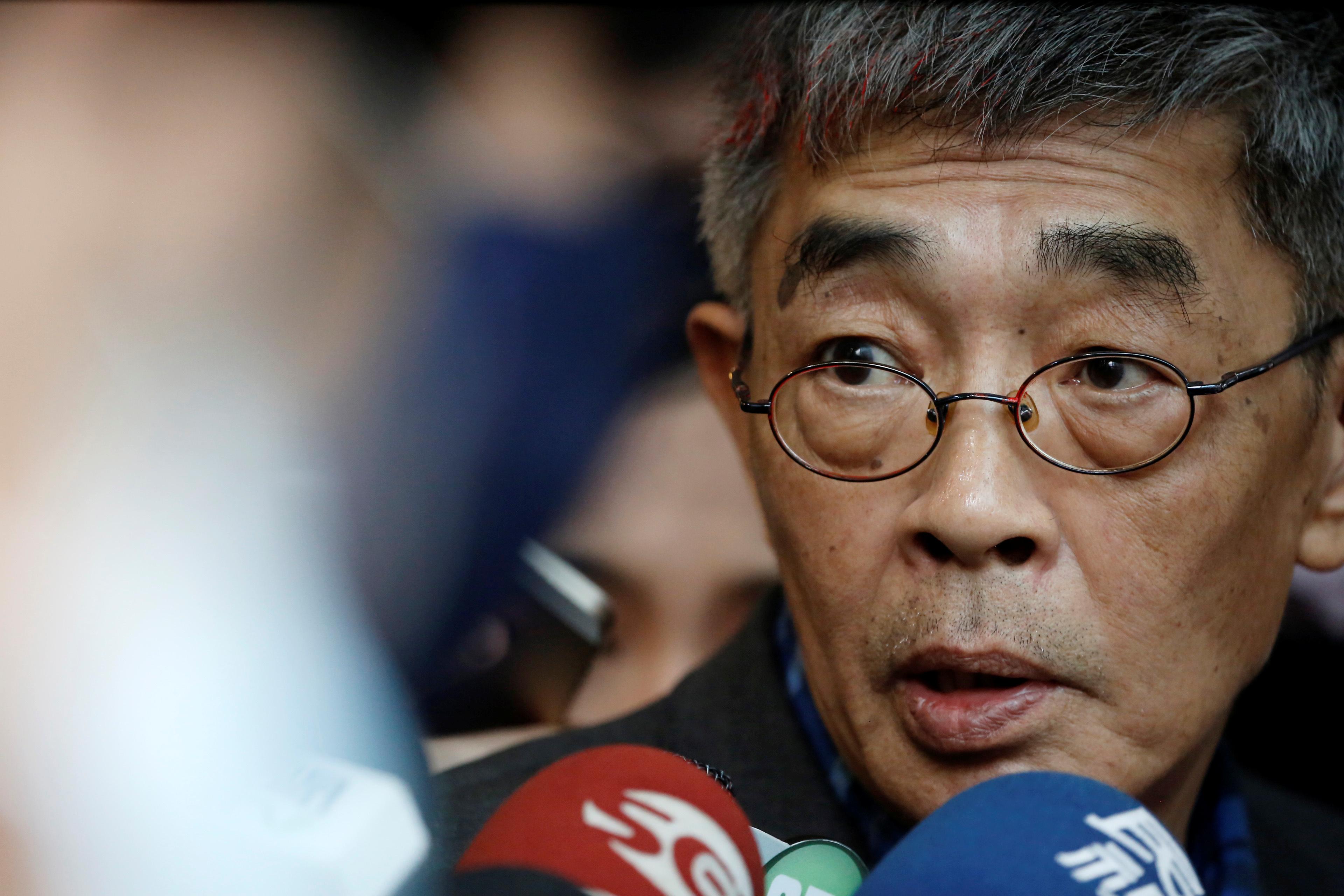 Lam Wing-kee sought refuge in Taiwan last year after he was detained by Chinese agents for eight months in 2015 while working at a bookshop in Hong Kong that sold books critical of the Chinese leadership.

The case triggered a huge controversy and raised fears of growing Chinese control in the financial hub.

Lam made front-page headlines earlier this week after a man threw red paint at him, just days before the reopening of his “Causeway Bay Books” in Taipei – a symbol of resistance to perceived Chinese encroachments on Hong Kong’s liberties.

The attack shocked many in Taiwan, which has become a refuge for a small but growing number of pro-democracy protesters fleeing Chinese-ruled Hong Kong. Taiwan has voiced its strong support for the protesters and repeatedly rejected Beijing’s proposals to rule the island with the “one country, two systems” model it uses for Hong Kong.

Senior officials from the ruling Democratic Progressive Party (DPP) joined the reopening on Saturday, including head of parliament Yu Shyi-kun, who said it was a moment of “pride” for the island’s democracy.

President Tsai sent a pot of orchids and a short message of congratulations, citing a Christian song often sung by protesters in Hong Kong calling for fairness and justice.

“If a bookshop fails to open in Taiwan just because it is disliked by China, then what Taiwan is proud of the most – democracy and freedom – will suffer great harm,” Taiwan’s vice president-elect William Lai wrote on his Facebook.

“We must strongly condemn violence and intimidation. Everyone, please support the bookshop. Supporting Causeway Bay Books in Taipei is to support freedom of publication in Taiwan.”

Lam, who moved to Taiwan last year, told Reuters that he is worried about more attacks but he will continue his fight against the Chinese Communist Party by reopening the tiny shop packed with political books in the heart of Taipei.

“Opening a bookshop is a resistance…Taiwan needs more bookshops like this,” he said, adding that he’s hoping to set up a branch in the island’s southern port city of Kaohsiung.

Three suspects were arrested and released on bail this week for the attack, the police said.

Lam’s incarceration was part of a coordinated operation by China’s security apparatus that led to five booksellers disappearing in late 2015, and later showing up in Chinese detention where they were forced to make confessions on public television.

Speaking in the shop crowded with journalists, DPP Secretary General Luo Wen-jia congratulated Lam’s reopening in the “land of democracy.”

“I hope one day the bookshop could return to its origin – Hong Kong’s Causeway Bay,” he told Lam.