THIS is the shocking moment Taliban fighters were heard chanting “Death to America'' in Kabul while outside the White House protestors scream “Biden you betrayed us”.

It comes as President Biden has been blasted for “hiding out on vacation” at Camp David while the Taliban overran Afghanistan and seized control. 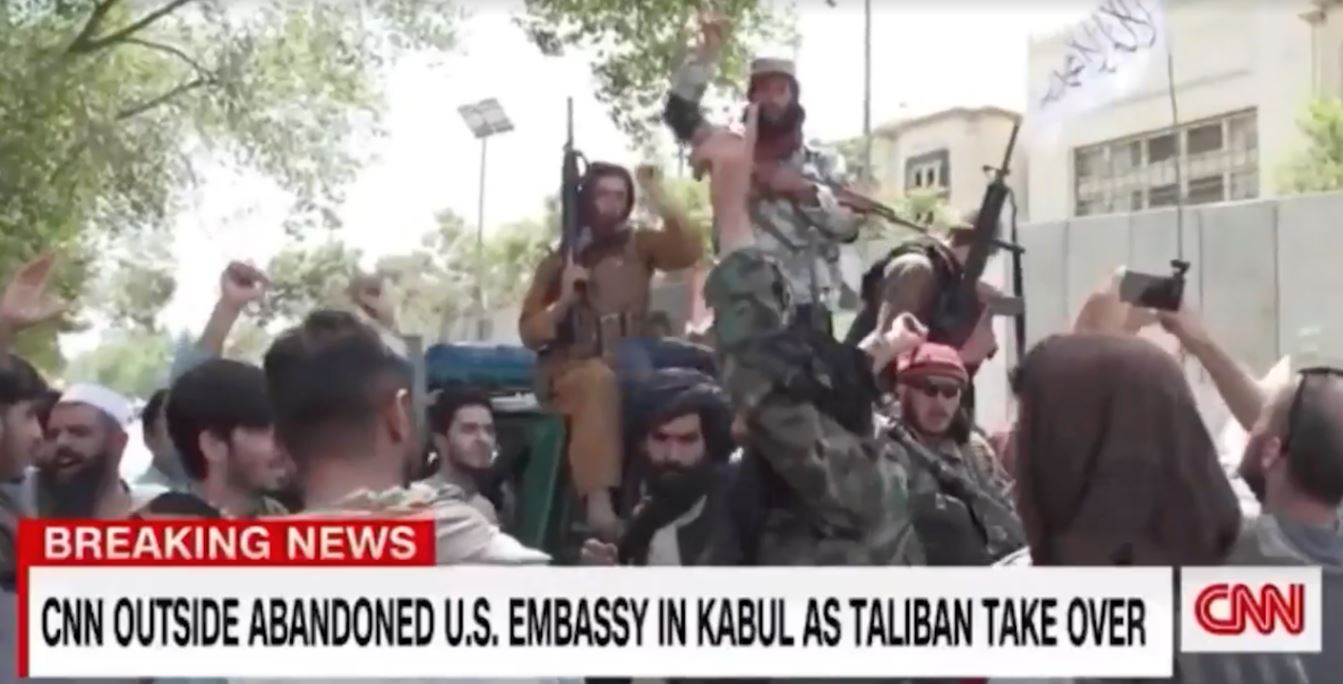 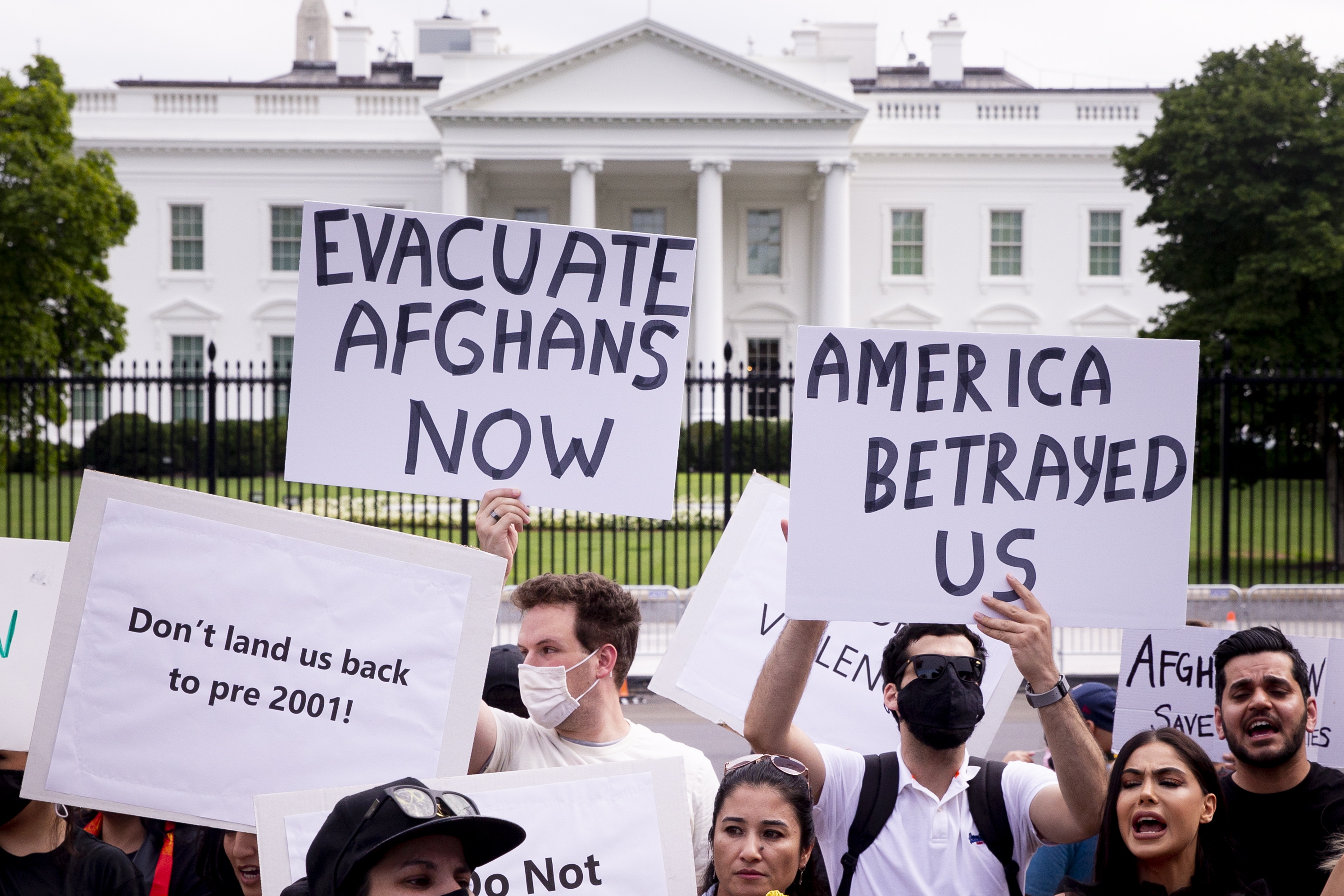 In a distressing clip broadcast today on CNN, a reporter can be seen standing in front of a large crowd in Kabul.

She explained: “They’re just chanting ‘Death to America’ but they seem friendly at the same time.

“It is utterly bizzare.”

Meanwhile in Washington thousands gathered outside the White House in protest against the Taliban.

Several lay down in the road with signs asking the government to “evacuate Afghan’s now”.

Others waved Afghan flags while screaming "Biden you betrayed us".

President Biden has now landed in the capitol – was nowhere to be seen in Washington DC, instead leaving for Camp David, the presidential retreat, on Thursday and remains there.

Biden’s critics lined up to take aim at the underfire president saying he was in “hiding” or “on vacation”. 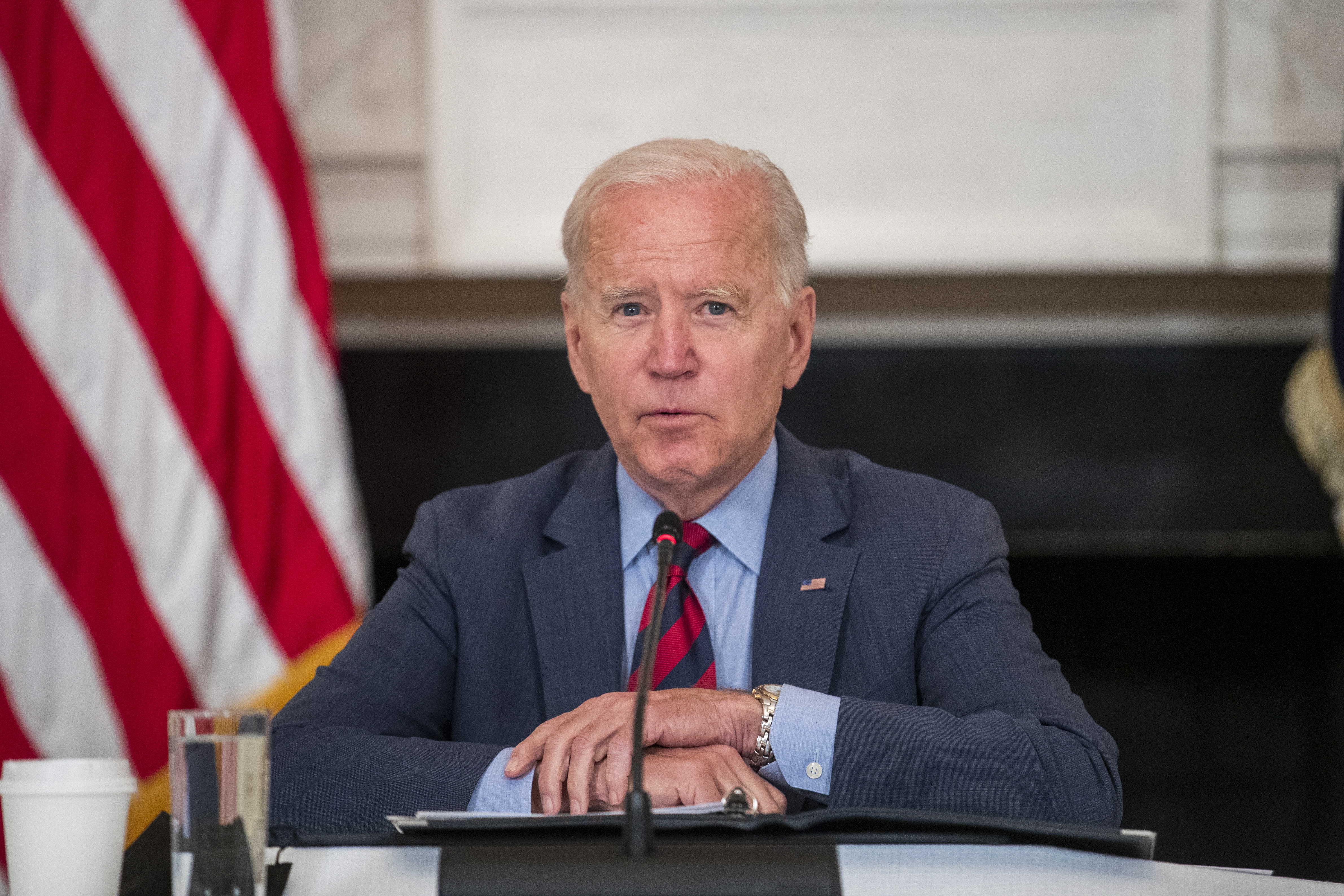 Biden’s decision to completely withdraw from Afghanistan has undone 20 years of work and people’s lives, according to his critics, who also say it has opened up the likelihood of a humanitarian crisis and damaged US credibility.

The withdraw from the country has been widely compared to the US evacuation of Saigon at the end of the Vietnam War.

That sentiment was shared by Sen Tom Cotton who said: “Why is Joe Biden in hiding? He should immediately address the nation and answer for the catastrophic situation in Afghanistan. Conference calls between cabinet secretaries and senators don’t cut it in a crisis.”

“On the conference call briefing for members of Congress with Biden officials. It’s clear the Biden administration was caught unprepared, didn’t anticipate this catastrophe and the President is hiding & asleep at the wheel,” Rep Jim Banks said.

Biden defended himself in a statement issued Saturday as the Taliban advanced to Kabul.

He announced an additional surge of US troops into Afghanistan to facilitate that American pullout and several other steps the US is taking to avoid American casualties.

Biden also blamed Trump for the chaos of the US pulling out of Afghanistan.

“When I came to office, I inherited a deal cut by my predecessor – which he invited the Taliban to discuss at Camp David on the eve of 9/11 of 2019 – that left the Taliban in the strongest position militarily since 2001 and imposed a May 1, 2021 deadline on US Forces.

"Shortly before he left office, he also drew US Forces down to a bare minimum of 2,500,” Biden said. “

"Therefore, when I became President, I faced a choice – follow through on the deal, with a brief extension to get our Forces and our allies’ Forces out safely, or ramp up our presence and send more American troops to fight once again in another country’s civil conflict.

"I was the fourth President to preside over an American troop presence in Afghanistan – two Republicans, two Democrats. I would not, and will not, pass this war onto a fifth.”