A 14-member delegation of the Taliban headed by Mullah Baradar is set to have two meetings in the Russian capital. 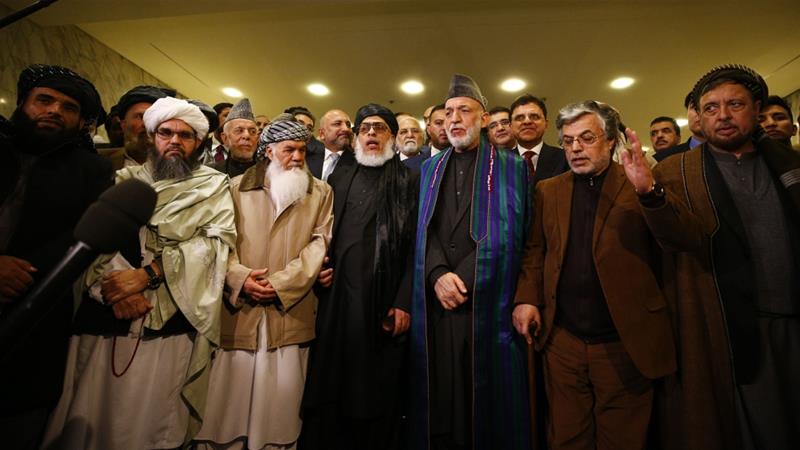 A delegation of Taliban officials led by the group’s chief negotiator is set to meet Afghan politicians in Moscow this week, officials said on Monday, as fighting continues in Afghanistan and the United States pursues a peace dialogue with the group.

The Taliban is to attend a conference marking a century of diplomatic relations between Afghanistan and Russia on May 28, followed by discussions with Afghan politicians about the future of the country on the 29th, the group said in a statement.

The 14-member Taliban delegation is led by Mullah Abdul Ghani Baradar, in what will be his first international trip since being freed from a Pakistani prison last October to head the group’s negotiating team in Doha, Qatar.

Former Afghan President Hamid Karzai will be in the Russian capital his spokesman said.

A spokesman for the Afghan president’s office told Al Jazeera that the Afghan ambassador in Moscow would attend Tuesday’s ceremony but it was unclear whether he would meet the Taliban delegation.

The Taliban, which has been in peace negotiations with the US since last year, has repeatedly refused to meet President Ashraf Ghani’s government, calling it a “puppet” of the West.

An “intra-Afghan dialogue” that was to be held in Doha in April was cancelled over the composition of the Afghan delegation coming from Kabul, with more than 240 people on the list to attend.

The potential talks in Moscow this week would mark the second time leaders from the movement have met opposition leaders in Russia, following a rare gathering in February that saw the former enemies praying together and chatting over meals.

After a sixth round of talks between the US and the Taliban in Doha ended earlier this month, the US envoy Zalmay Khalilzad said that “faster progress” was needed as “the conflict rages” and “innocent people die”.

The two sides have said they have agreed a “draft framework” on an agreement for US troop withdrawal and a Taliban guarantee that they won’t harbour “terrorist” groups or allow them to use Afghanistan as a staging ground for global attacks.

But the Taliban have said peace negotiations are stalled over the fundamental question of when foreign forces would depart Afghanistan.

Khalilzad said in a tweet that the details have to be worked out on “four inter-connected issues: troop withdrawal, counter-terrorism assurances, intra-Afghan dialogue & negotiations, and reduction in violence leading to a comprehensive ceasefire. Nothing will be final until we agree on all 4 issues”.

As the negotiations have continued, so has the fighting, with a Taliban roadside bombing killing 10 Afghan soldiers in the country’s western Farah province, local officials said on Monday.

The US military has stopped tracking the amount of territory controlled or influenced by the Afghan government and armed fighters, a US watchdog said earlier this month. It was one of the last remaining public metrics that tracked the worsening security situation in the war-torn country.

A January report had put districts under government control or influence at 53.8 percent, and covering 63.5 percent of the population by October 2018, with the rest of the country controlled or contested by the Taliban.