A TEACHER died from head injuries after being 'crushed by falling boulders at the foot of a waterfall'.

Emily Hutchinson, 31, had been hiking in Barron Gorge National Park in Queensland, Australia, when she got into trouble on Saturday. 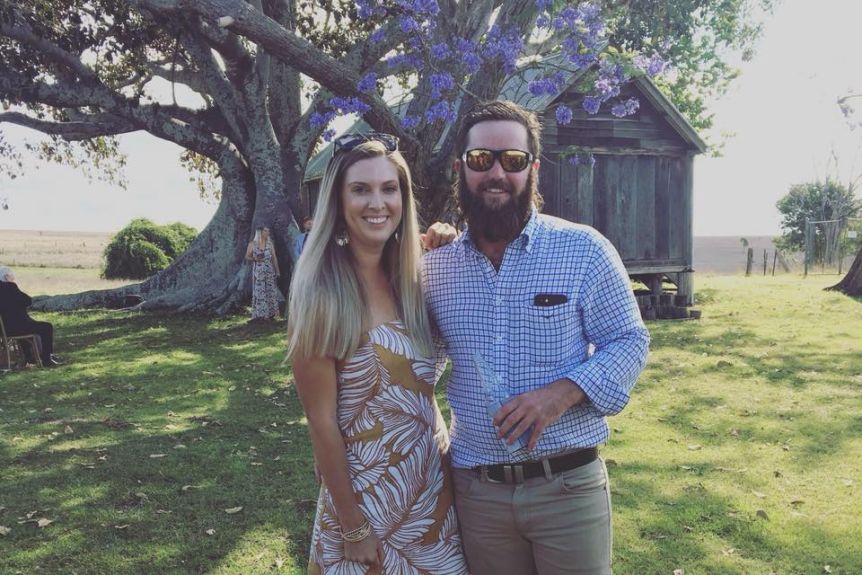 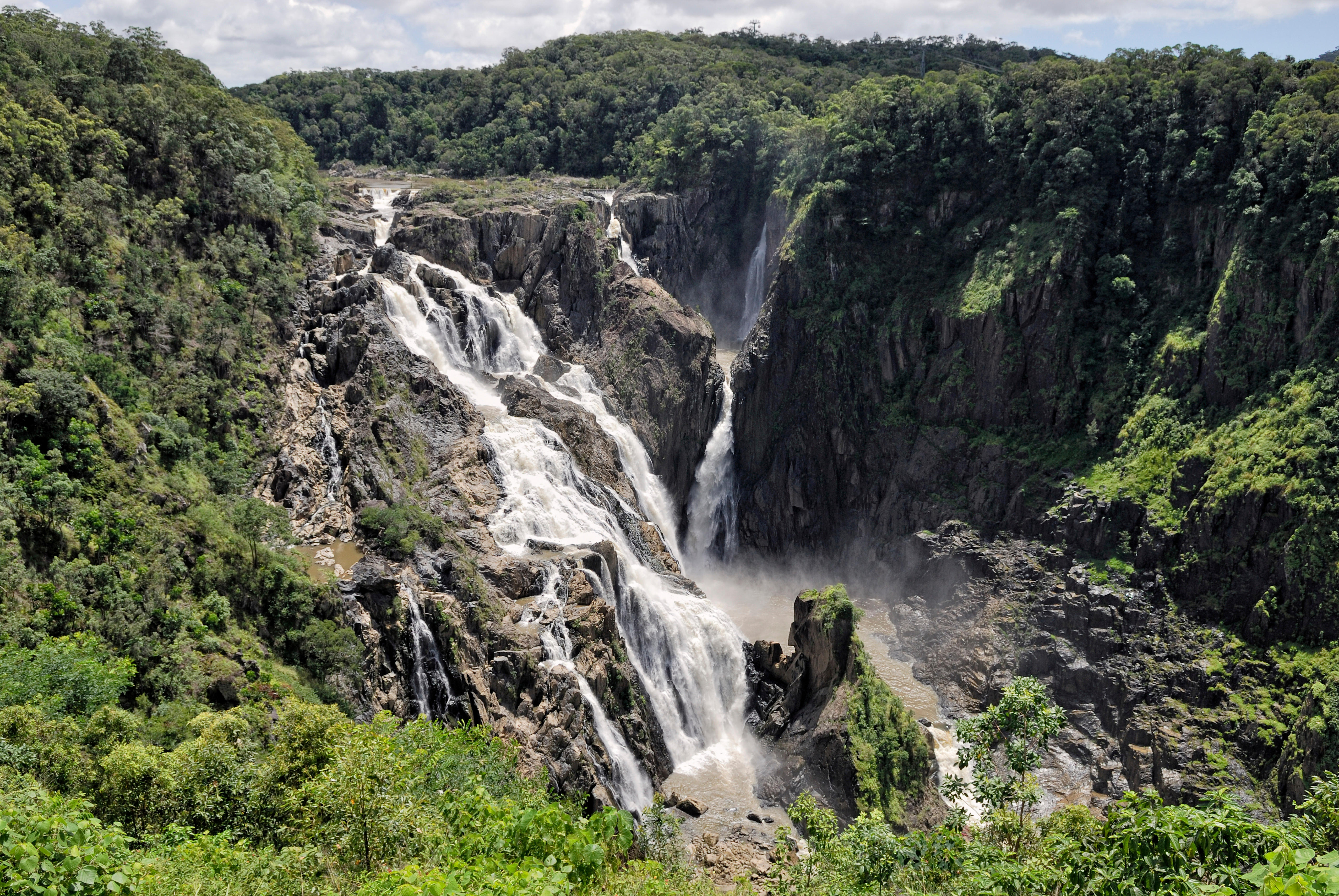 Police hiked for an hour to reach the injured primary school teacher and a rescue helicopter made several sweeps over the park to aid the search.

She was then airlifted to Cairns Base Hospital where she was pronounced dead on Sunday.

A Queensland Police spokesperson said: "She had suffered some pretty serious head injuries at the Barron Gorge.

"Officers performed CPR at the scene."

They confirmed Ms Hutchinson was injured at the bottom of the waterfall after several boulders became dislodged and hit her on the head, the MailOnline reports.

Police have launched an investigation into the incident and a report will be prepared for the coroner. 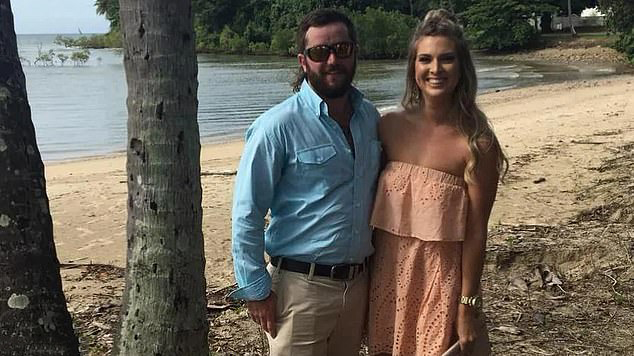 Friends have described Ms Hutchinson as a "beautiful, positive, gorgeous woman" who "will be in our hearts forever".

She was just days into a new job at Port Douglas State School (PDSS) teaching years 5 and 6.

The school's parents association said in a tribute on Facebook: "A sombre start to the year for our school with the tragic passing over the weekend of our newest, but already much loved, year 5-6 teacher, Emily Hutchinson.

"We wish to express our sincere condolences to her partner and family at this terrible time as they deal with their shock and grief at her life taken way too soon.

"Ms Hutchinson was a vibrant, young and lovely teacher and had already made a connection and an impact with her students in the three days she taught them last week.

"She will be missed by all of us at PDSS." 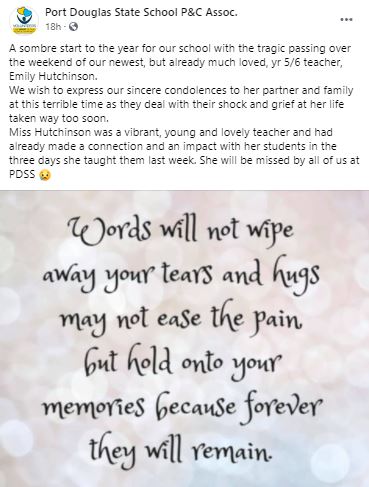 A spokesperson for the Department of Education said school communities in Far North Queensland were "deeply shocked and saddened" by the sudden and tragic passing of Ms Hutchinson.

They added: "She was a highly respected and beloved member of staff who will be greatly missed by all her colleagues and students.

"Our thoughts and sincere sympathies go out to her family, friends and loved ones during this difficult time.

"Support is being provided to students and staff, and guidance counsellors will provide support in any way they can and for as long as it is needed."